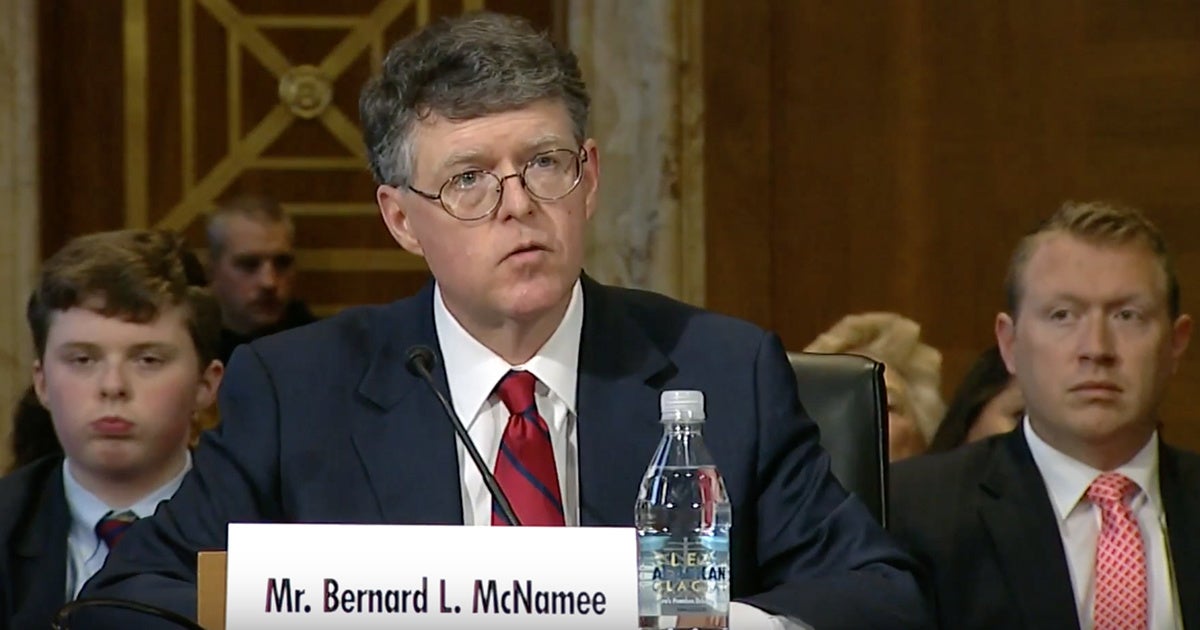 The Senate approved the nominee on a straight party-line vote of 50-49 after Sen. Joe Manchin, the pro-coal Democrat of West Virginia, withdrew his support due to his concerns about McNamee’s stance on climate change.

President Trump’s nomination of the
fossil fuel lawyer as one of the FERC’s five commissioners was strongly opposed by environmentalists, public health groups and elected leaders.

Senator Sheldon Whitehouse (D-R.I.), a member of the Senate Committee on Environment,
noted McNamee’s deep ties to the Koch brothers and called his appointment “conceivably the worst” out of Trump’s energy appointments.

Trump admin has distinguished itself with terrible energy appointments. #McNamee is conceivably the worst.

It is too important to our country to have an independent & reality-based @FERC to allow an industry plant like McNamee serve as Commissioner. https://t.co/aJugHzyo5N

In a February video posted by
Utility Dive, McNamee criticized renewable energy and environmental groups, called carbon dioxide “not a real pollutant” and described fossil fuels as “key to our way of life.” He was speaking for the Koch-funded Texas Public Policy Foundation where he worked at the time.

Also during his speech, he said he told his son to “just deny” climate science in school. “I don’t care if you get an ‘F,'” he said.

As FERC commissioner, Bernard McNamee will choose fossil fuels over the future of our planet every time. His record made that abundantly clear. GOP Senate voted to confirm him today anyways. Now, let's remember the name of every Senator who chose to follow his path. https://t.co/rCkwzTGvt6

As the executive director of the Office of Policy with the Department of Energy, McNamee was the architect of Energy Secretary Rick Perry’s $34 billion coal and nuclear bailout proposal that was unanimously rejected by FERC last January. He has hesitated to recuse himself on issues related to the coal bailout scheme he engineered, the Sierra Club noted.

“At a time when consumers, businesses and forward-thinking utilities are embracing the clean energy revolution, we don’t need a FERC commissioner who endorses the Trump administration’s schemes to keep the dying coal and nuclear industries on life support,” Kenneth Cook, president of the
Environmental Working Group, said in a press release sent to EcoWatch.

One of the Most Important Agencies You've Never Heard of Is Being Taken Over by Trump https://t.co/bkve9uNMTd

FERC has historically been an independent agency that regulates the interstate transmission of electricity, natural gas and oil but has moved more partisan thanks to Trump. McNamee, who will fill a seat vacated by Robert Powelson, has boosted FERC’s partisan split to 3-2 in favor of Republicans.

“The Senate’s reckless decision to place Bernard ‘Coal Bailout’ McNamee on FERC is a major threat to the Commission’s independence and integrity,” said Mary Anne Hitt, senior director of the Sierra Club’s Beyond Coal campaign in a press release. “From this day forward we will do everything we can to guarantee that he follows the law, treats clean energy sources fairly, and recuses himself from all matters pertaining to his failed coal bailout scheme. It’s essential that we have a fair and lawful FERC moving forward.”

“This is an impressive nominee who has the right qualifications for this important job,” said McConnell prior to a preliminary vote Wednesday, according to
Natural Gas Intel. “In his career as a well-regarded lawyer on energy issues, he’s represented clients and gained expertise all across the energy sector.”

“He brings a wealth of legal and energy policy experience to the Commission, along with an appreciation of the benefits of competitive markets,” said Natural Gas Supply Association CEO Dena Wiggins, according to Natural Gas Intel. “It’s important for FERC’s work to continue and that works best with a commissioner in every seat.”