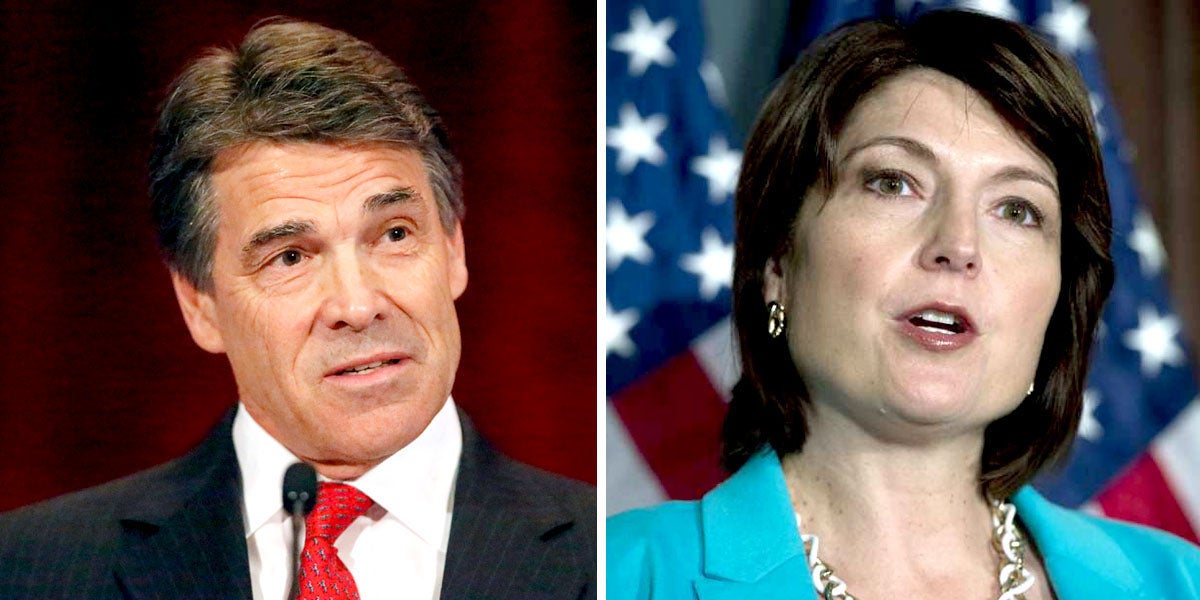 Rep. Cathy McMorris Rodgers, R-WA, will likely be offered the top job at Interior, outlets reported Friday. McMorris Rodgers has opposed action on climate change and has voted in favor of expanded offshore drilling and legislation, making it easier to drill within tribal territories.

Meanwhile, former Texas Gov. Rick Perry, who once forgot the name of the Department of Energy while attempting to say he’d abolish it during a presidential debate, is the leading contender to head the agency.

Remember Rick Perry's oops gaffe, when he forgot the third fed department he wanted to close?

It was Energy, which he's now tapped to run.

Perry is also opposed to climate action, has taken more than $12 million in donations from the oil and gas industry and sits on the board of the Dakota Access Pipeline parent company Energy Transfer Partners.