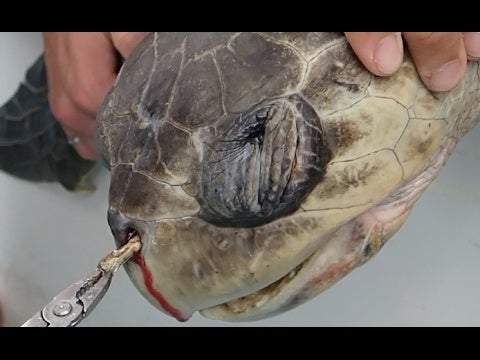 This March, McDonald’s announced that it would phase out plastic straws in its UK restaurants, The Telegraph reported. But now its board of directors is dragging its feet about doing the same on this side of the pond.

On May 24, McDonald’s shareholders will vote on a proposal to launch a study that would consider the “business risks” of continuing to use plastic straws in U.S. restaurants and look into alternatives, The Mercury News reported Monday.

But the chain’s board of directors is urging shareholders to vote no, saying the proposal would divert resources from their other environmental initiatives, such as a pledge made in January to source all packaging from renewable or recycled sources by 2025.

“[T]he requested report is unnecessary, redundant to our current practices and initiatives, and has the potential for a diversion of resources with no corresponding benefit to the company, our customers, and our shareholders, particularly in light of our ongoing packaging sustainability efforts,” materials given to shareholders before the vote and reported by The Mercury News read.

“Plastic pollution is one of the biggest threats to our oceans and straws are one of the most common plastic items found in beach cleanups,” Sondhya Gupta of SumOfUs told The Mercury News.

In fact, The Mercury News reported that plastic straws were the fifth most common beach trash item in the U.S., according to data compiled by 5-Gyres Institute.

The SumOfUs petition praised the UK phase-out, but said it wasn’t enough.

“On 28 March 2018, McDonald’s announced it is ditching plastic straws from its UK restaurants, phasing them out from May. This is great news, but we need McDonald’s to stop using plastic straws worldwide, so keep signing and sharing!” an update added to the petition said.

McDonald’s in the UK will begin offering paper straws at some restaurants in May, and will keep plastic straws behind the counter, available only upon request.

“Customers have told us that they don’t want to be given a straw and that they want to have to ask for one, so we’re acting on that,” The Telegraph reported that McDonald’s UK chief executive Paul Pomroy told Sky News.

But U.S. executives seem to have a different view, though they might not have a choice in the matter.

California is considering legislation that would ban restaurants from offering plastic straws unless specifically requested by the customer, The Mercury News reported.

McDonald’s in the UK acted ahead of the UK government, which announced plans to ban single-use plastics including straws this April.