McDonald's Is Curbing Use of Antibiotics in Chicken, But Does It Go Far Enough? 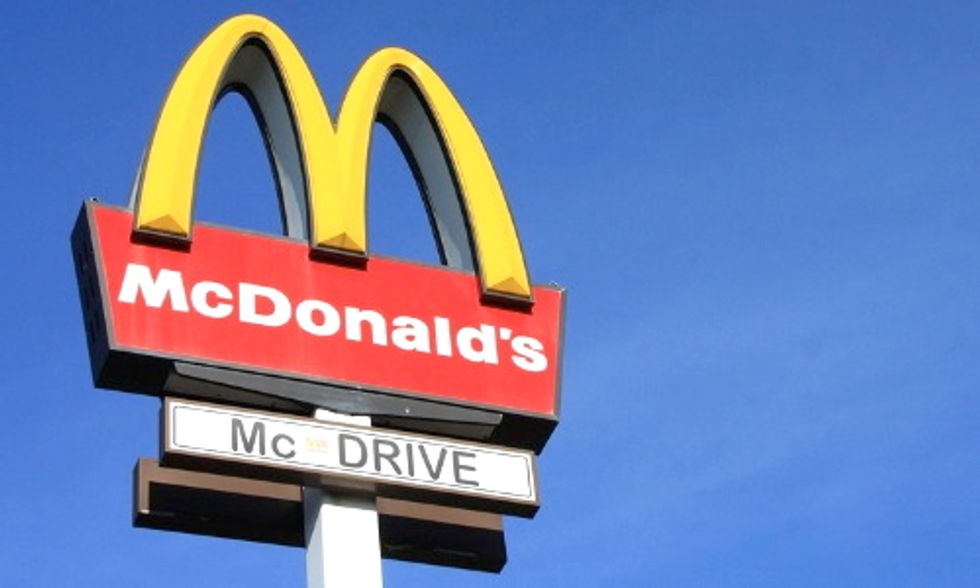 In a response to "superbugs" and slumping sales, McDonald's announced that within two years, it will only buy and sell "chicken raised without antibiotics that are important to human medicine."

McDonald's is curbing the use of antibiotics in chicken, but does it go far enough?
Photo Credit: Tomasz Bidermann / Shutterstock.com

The overuse of antibiotics can lead to antibiotic-resistant bacteria, fueling a superbug crisis. Roughly 80 percent of antibiotics purchased in the U.S. are fed to livestock to accelerate growth and prevent disease in healthy animals. Yet this seemingly harmless practice also breeds superbugs, which can spread in the environment, contaminate food supplies and undermine the effectiveness of antibiotics. In fact, superbugs have been linked to 23,000 human deaths and 2 million illnesses annually in the U.S., costing the American health care system $20 billion in direct costs, according to the U.S. Centers for Disease Control and Prevention.

The response to the decision from health and environmental advocates has been mixed. That's because McDonald's is only ruling out antibiotics used for people, whereas antibiotics used on animals is fair game. Gross stated clearly that McDonald's will buy chicken from farmers who "responsibly use" ionophores, an animal antibiotic not used in humans. To compare, other chains such as Panera Bread and Chipotle Mexican Grill have restricted the use of ionophores in their supply chain.

Additionally, the change also only applies to McDonald's 14,000 restaurants in the U.S., while the company's 22,000 international restaurants will not be affected.

As one of the largest buyers of chicken in the U.S., some people have said the company is taking a step in the right direction. Jonathan Kaplan, the Natural Resources Defense Council’s food and agriculture program director told Reuters, this may be a "tipping point for antibiotic use in the poultry industry."

"McDonald's has so much purchasing power and brand recognition, I think we're seeing a new industry standard here," he added.

Wenonah Hauter the executive director of Food & Water Watch called for stronger federal regulations on antibiotics. “We’re glad to hear McDonald’s realizes the public doesn’t want food from factory farms that overuse antibiotics," Hauter said. "But voluntary measures are not enough. It’s past time for the FDA to force the meat industry to eliminate its use of harmful antibiotics though enforceable, non-voluntary regulation."

McDonald's is working with domestic chicken suppliers, including Tyson Foods Inc, to make the transition. Tyson said in a statement that it supported McDonald's decision. The poultry industry has already been shifting away from antibiotics. Tyson has cut antibiotics that are effective in humans by more than 84 percent since 2011 and expects to continue reductions. Last September, major chicken processing company Perdue ditched all antibiotics in its production line.

As the world's biggest restaurant chain, this shift is likely to have a major impact on how poultry is produced. "For public health, this is really a game changer," Gail Hansen, a senior officer for Pew Charitable Trusts' antibiotic resistance project, told Reuters.

Besides McNuggets, some would also like to see McDonald's make the same effort for its Big Macs and McRibs. “While McDonald’s focus on poultry is a positive step forward, we look forward to a dramatic reduction of antibiotic use across the board, by focusing on improvements in their pork and beef suppliers’ management practices,” said Kari Hamerschlag, senior program manager at Friends of the Earth.

Reuters pointed out in a separate report that ethically raised or antibiotic-free beef or pork is already in short supply and can be difficult to obtain. That's why Chipotle occasionally has to pull items from its menu, like when it removed pork from some restaurants in January.

Along with phasing out human antibiotics in chicken, McDonald's also announced it will offer milk from cows that are not treated with the artificial growth hormone rBST in their U.S. restaurants later this year.

“Our customers want food that they feel great about eating—all the way from the farm to the restaurant—and these moves take a step toward better delivering on those expectations,” said McDonald’s U.S. President Mike Andres.