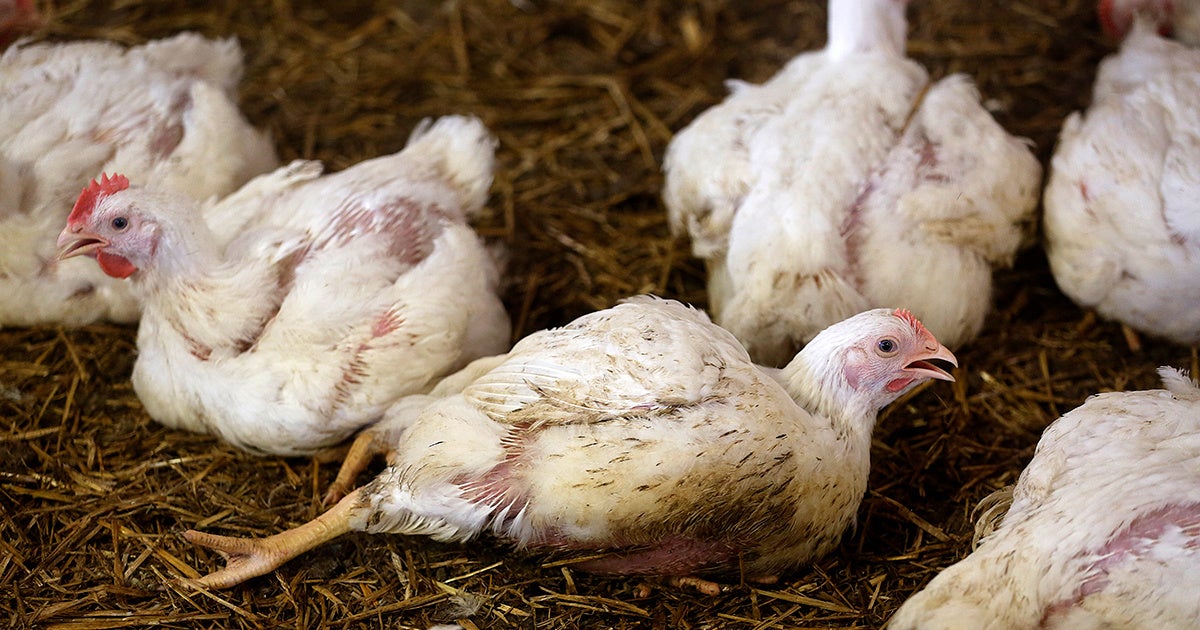 Golden arches tainted with blood. A ribbon-cutting ceremony for the “Headquarters of Cruelty.” Dozens of protesters. Horrified passersby.

These spectacles are what McDonald’s employees saw outside their office windows during the company’s annual shareholder meeting at its Chicago headquarters in May 2018. As part of a massive coalition campaign, animal advocates staged stunts and protests on the street to raise concerns about animal cruelty in the McDonald’s supply chain, drawing the public’s attention and troubling the company’s executives.

This year, McDonald’s broke with its longstanding tradition of holding its annual shareholder meeting in Chicago, instead electing to meet in the security of a hotel at the Dallas/Fort Worth airport — perhaps because it couldn’t handle the pressure from protesters advocating for animals and other ethical issues. By moving its shareholder meeting to a more exclusive location, McDonald’s made one thing clear: It wants to keep its shareholders far away from its loudest critics.

Unfortunately for McDonald’s, simply moving its meeting isn’t enough to hide the truth from its investors. McDonald’s shareholders are paying attention to animal welfare issues — and they are eager to hold the company accountable to higher standards.

For example, last August, New York State Comptroller Thomas P. DiNapoli, trustee of the New York State Common Retirement Fund, which at the time held more than 0 million in McDonald’s stock, sent McDonald’s CEO Steve Easterbrook a warning about the company’s treatment of chickens. DiNapoli called on McDonald’s to “establish and maintain responsible animal welfare practices,” as recommended by the Royal Society for the Prevention of Cruelty to Animals and the Global Animal Partnership, by 2024.

Some of these practices include switching to slower-growing breeds of birds, reducing stocking density to a maximum of six pounds per square foot and providing environmental enrichments to allow for natural behavior.

DiNapoli stated that, “Although these standards are important from an animal welfare perspective, they also make business sense.” As DiNapoli and other investors understand, these improvements would address mounting consumer concerns about where their food comes from, and would dramatically reduce the suffering of chickens raised for McDonald’s menu items.

This relief could not come soon enough. For the intelligent, sensitive chickens destined to be McNuggets and other menu items, their lives are full of abuse and suffering and are devoid of natural behavior.

Today, chickens are bred to grow four times faster and considerably larger than in the 1950s, when industrial chicken production was just beginning. In the span of just 48 days — a tiny fraction of their natural lifespan — baby chickens reach a gargantuan size. The issue is so severe that if humans grew at a rate similar to McDonald’s chickens, we would weigh 660 pounds at just two months old. Mere infants.

This rapid growth makes it difficult, and sometimes impossible, for many chickens to walk. Additionally, these chickens are constrained to overcrowded, dark, unnatural and barren barns, causing painful conditions, including horrifying ammonia burns on their chest and legs from the waste and sickness permeating the space. These are the brutal conditions that make up the tens of millions of chickens’ lives in McDonald’s supply chain.

Despite this grim existence, chickens raised for meat are afforded virtually no legal protections. Until recently, very little progress had been made on their behalf.

Luckily, pressure from investors, consumers and nonprofits is bringing new momentum to the fight for change. Recent studies indicate that even despite potential increased costs, consumers want animals to be treated better. One study found that nearly eight out of 10 Americans believe food companies should improve their chicken welfare standards.

This issue is even on the radar of the National Chicken Council, a trade association that represents the interests of the U.S. chicken industry. A study conducted in 2018 by the trade group found that three-quarters of consumers are concerned about how chickens are raised for meat. When concerned citizens bring animal welfare improvements to the ballot, voters rush to support them. Residents of Massachusetts and California overwhelmingly voted to pass strong bills to ban the extreme confinement of animals raised for food.

McDonald’s stands out in its refusal to join this momentum, but it hasn’t always been the laggard. In 2015, animal protection organizations praised McDonald’s commitment to end its support for battery cage farms and transition its egg supply to 100 percent cage-free.

Only three years later, however, rather than take a bold step forward, McDonald’s has released a vague and misleading statement that falls far short of what its competitors are doing. More than 130 food companies have all committed to policies that detail concrete improvements for chickens.

In response to McDonald’s lack of action, six organizations — Mercy for Animals, the Humane League, Compassion in World Farming, Compassion Over Killing, World Animal Protection and Animal Equality — set their targets on the fast food giant last year and launched a public campaign that kicked off with a full-page ad in The New York Times.

Since this launch, activists have staged dozens of protests nationwide, held regular events outside McDonald’s headquarters in Chicago, and unleashed an onslaught of ad campaigns that include a billboard in Times Square and TV ads saturating the Chicago market. A petition targeting McDonald’s has now gathered over 300,000 signatures from concerned consumers, but has yet to receive one response from McDonald’s.

McDonald’s CEO Easterbrook would be wise to get ahead of this issue before more shareholders and critical investors raise their concerns. They know — as do McDonald’s own customers — that big chicken is bad business.

Tell McDonald’s to finally address the animal cruelty in their supply chain and adopt a meaningful animal welfare policy.

Taylor Ford is director of campaigns for The Humane League, an international nonprofit ending the abuse of animals worldwide. The Humane League has been ranked “Best in America” by the Independent Charities of America and named a “Top Charity” by the charity navigator Animal Charity Evaluators. Follow the Humane League on Facebook, Twitter and Instagram to take action for animals and make a difference.