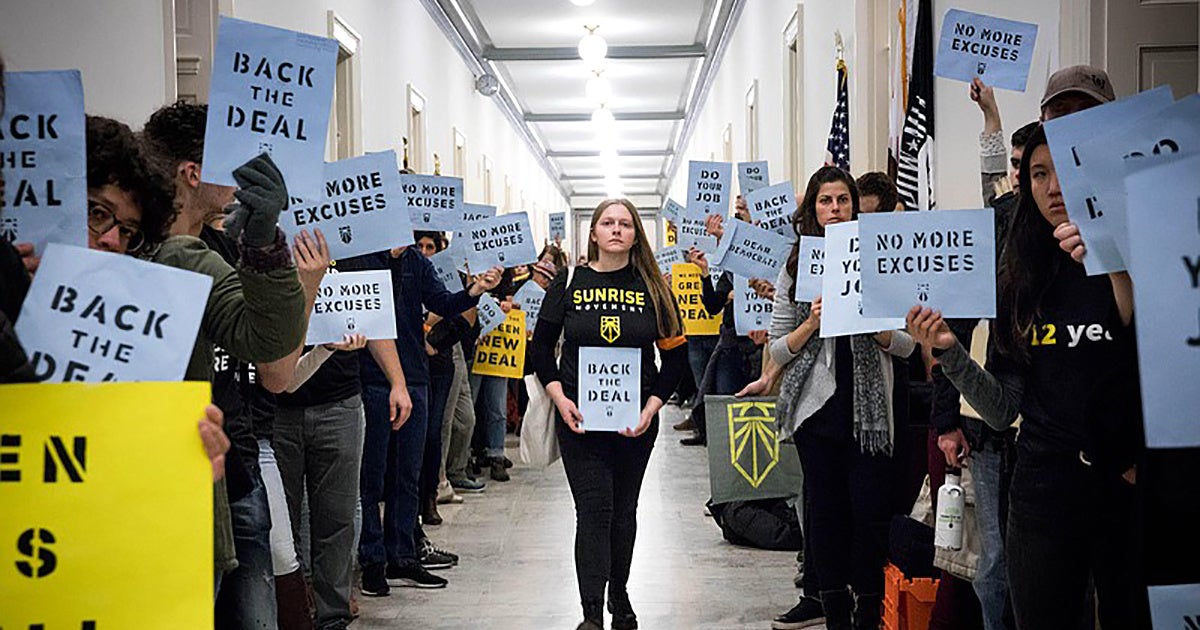 Senate Majority Leader Mitch McConnell (R-Ky.) appears to believe that he can divide and embarrass the Democratic Party by rushing ahead with a vote on the newly introduced Green New Deal resolution.

But, confident that the calculated ploy will backfire on the GOP, climate groups and progressive lawmakers are telling the Republican leader: “Bring it on.”

After McConnell told reporters on Tuesday that he plans to hold a floor vote the Green New Deal plan unveiled last week by Rep. Alexandria Ocasio-Cortez (D-N.Y.) and Sen. Ed Markey (D-Mass.), environmentalists and progressive members of Congress argued that rather than revealing deep rifts in the Democratic Party, an up-or-down vote will spotlight the GOP’s total opposition to a widely popular policy that represents the best hope of adequately confronting the climate crisis.

“Republicans don’t want to debate climate change, they only want to deny it,” Markey said in a statement after McConnell’s announcement. “They have offered no plan to address this economic and national security threat and want to sabotage any effort that makes Big Oil and corporate polluters pay.”

Since the Green New Deal resolution was introduced last week, President Donald Trump, Republican lawmakers, and right-wing pundits have spread hysterical falsehoods about the measure and decried it as a “socialist fever dream” that would be political suicide for Democrats to support.

But, noting that the Green New Deal is extremely popular among the U.S. public—with one survey showing that 57 percent of Republican voters and 81 percent of Americans overall support the ambitious idea—Markey concluded that “Republicans, climate deniers, and the fossil fuel industry are going to end up on the wrong side of history.”

This isn't a new Republican trick. By rushing a vote on the #GreenNewDeal resolution, Republicans want to avoid a true national debate & kill our efforts to organize. We’re having the first national conversation on climate change in a decade. We can’t let Republicans sabotage it.

Ocasio-Cortez—who has led the congressional push to force the Green New Deal into political mainstream—accused McConnell of attempting to “bully” the Democratic Party by plowing ahead with a vote, and argued that Democrats should embrace the opportunity to go on the record in support of bold climate action.

“[H]e’s banking on people not being courageous,” Ocasio-Cortez told the Washington Post. “I think people should call his bluff.”

We are already feeling the early nightmares of climate crisis, & the GOP is doing nothing to stop it – as they have for years.

I’ve been reading docs all week about how much people knew about climate + when.

They knew early. & Their goal has been to sow doubt this entire time. https://t.co/6YjVuKoevZ

In response to McConnell’s announcement, the youth-led Sunrise Movement scheduled an “emergency mass call” for Wednesday night to discuss plans to make the Senate Majority Leader regret his politically-motivated scheme.

“This vote forces every member of the Senate to make a choice: will you vote for a plan to guarantee every American clean air and water, a stable climate, and a good job? Or will you stand with Mitch McConnell and the fossil fuel billionaires who are willing to put millions of lives in peril so they can pad their profits?” Sunrise declared.

“In the coming weeks,” the group concluded, “Sunrise Movement’s army of young people will be taking action to expose the moral bankruptcy of GOP elites and invite all Senate Democrats to join Sen. Markey in championing the first-ever resolution to rise to the scale and urgency of the climate crisis.”

We look forward to seeing how many Senators vote for or against our generation’s survival.

While McConnell seems to think that getting Democrats on the record backing the Green New Deal will help the GOP politically, the New Yorker’s Osita Nwanevu noted that supporting the bold measure “isn’t very fraught with political risk for most Democrats.”

On top of polls showing the Green New Deal is extremely popular, Nwanevu pointed to another survey showing “that 66 percent of Americans want to see action on climate change, with a 45 percent plurality favoring ‘immediate’ action.”

An up-or-down vote on the Green New Deal resolution would also be beneficial for grassroots advocates, Nwanevu argued, because it would also force centrist Democrats who oppose the bold and popular policy to go on the record.

“The resolution will surely be opposed by some Democratic centrists,” he concluded. “This, perhaps counterintuitively, makes an up-or-down vote extraordinarily convenient for activists supporting the Green New Deal—from groups like the Sunrise Movement, Indivisible, and the Sierra Club—who will be able to put pressure on those who reject the resolution in the months ahead. Broadly speaking, a vote on the resolution will do little more for Republicans than further elevate an issue on which they’re deeply at odds with public opinion.”