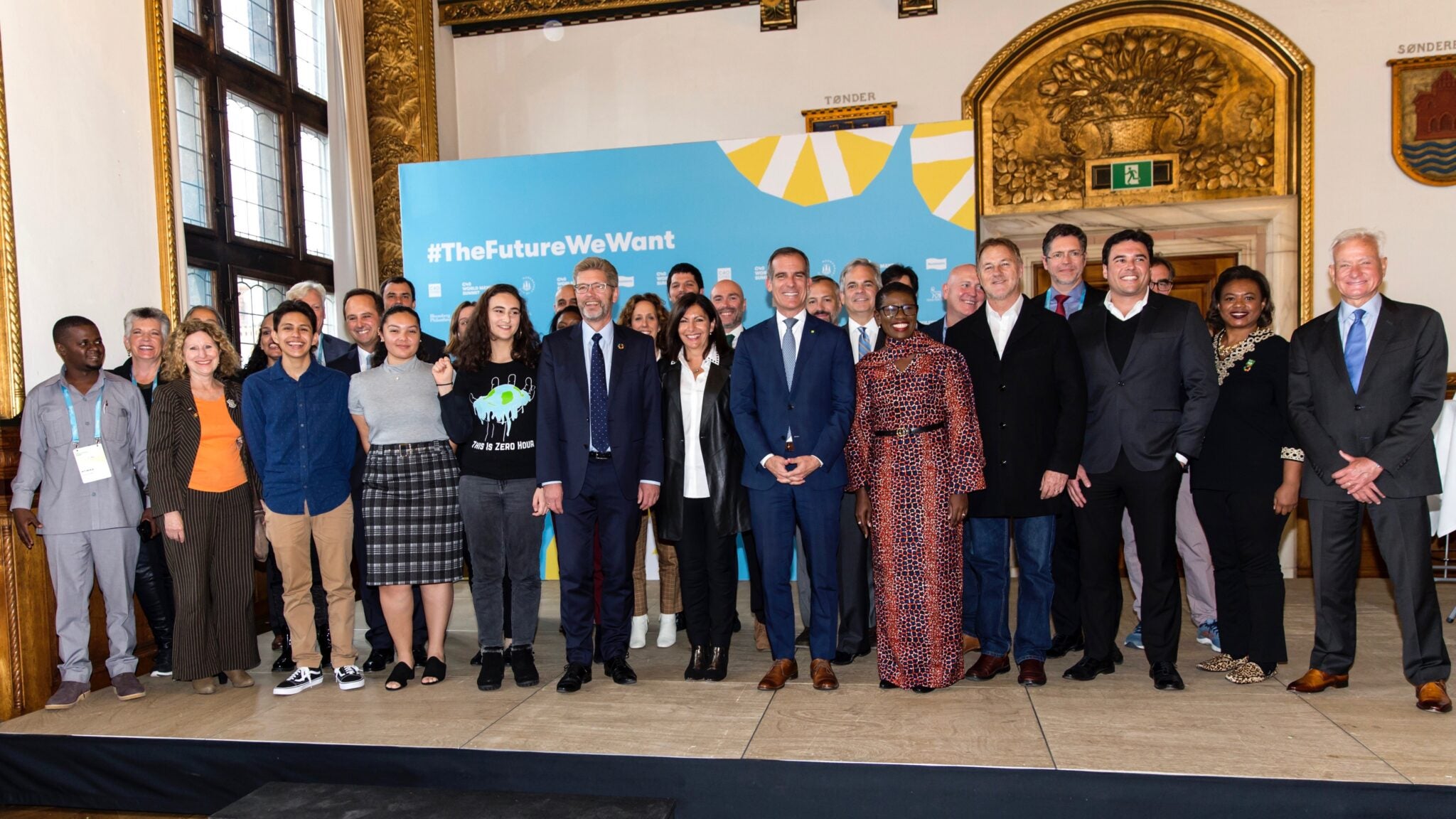 Disappointed by the lack of concrete action at September’s UN Climate Action Summit, the mayors of some of the world’s biggest cities are taking matters into their own hands.

The C40 group of mayors — who represent 94 cities, more than 700 million people and one quarter of the global economy — announced their support Wednesday for a Global Green New Deal to fight the climate crisis, The Guardian reported.

“As mayors our first priority is to protect the safety of our citizens,” Mayor of Paris and outgoing C40 Chair Anne Hidalgo said in a press release. “It will soon be four years since the Paris Agreement was signed in our city. World leaders met in New York just last month and once again failed to agree anything close to the level of action necessary to stop the climate crisis. Their ineptitude directly threatens all people around the globe as time keeps running against us. There is no other solution but a Global Green New Deal to be the pivotal instrument to win this race against the clock. All decision-makers must take responsibility in making it a reality.”

C40's vision for a Global #GreenNewDeal is founded on 4️⃣principles 👉

🆘Recognizing the #ClimateEmergency
🌡Committing to meeting 1.5℃ targets
🏙Placing inclusive climate action at the heart of all urban decision-making
🤝Working with partners to drive the change we need pic.twitter.com/CyLSy1BuU5

The announcement came on the opening day of the group’s World Mayors’ Summit in Copenhagen, The Guardian explained.

Los Angeles Mayor Eric Garcetti, who is taking over as chair of the group, said the Global Green New Deal would be his priority.

“This will be the defining decade not only of our lives, but of life itself for human beings on this planet,” Garcetti said at a press conference reported by The Guardian. “I have no doubt that we can and will get it right, because human beings have this stubborn desire to survive.”

The Global Green New Deal has four major principles, according to the group’s press release.

Alongside their call to action, the group shared some good news. The emissions of 30 cities have already fallen below peak levels, as MarketWatch reported. This suggests that cities can continue to grow their economy while lowering emissions, the group said. But some disagree with this approach.

Protestors at the Copenhagen summit, organized by local group Klima Aktion DK, set up a “green illusions scanner” that the attendees had to pass through and carried binoculars to show the mayors they were being watched.

“The entire framework around the C40 has the wrong approach,” organizer Kirsten Kværnø told The Guardian. “They’re taking the wrong starting point: that technology and green growth is going to save us from this crisis.”

Others praised the initiative, including U.S. Representative Alexandria Ocasio-Cortez (D-NY), who will speak at the summit Friday and has helped lead the push for a Green New Deal in the U.S.

Federal govs are failing to act on the climate crisis.

We can’t wait for others to lead.

“I am inspired by this coalition and the commitments made for a global Green New Deal,” she said in a statement reported by MarketWatch. “If we work to join forces globally, we will be able to defeat our greatest threat and realize our greatest opportunity.”

“[I]n the context of those really powerful nations not only holding back their own actions but blocking the whole of the United Nations, we’ve got to have momentum coming from somewhere else,” Watts told The Guardian.