May Astronomical Highlights: Jupiter, Its Moons and a Meteor Shower 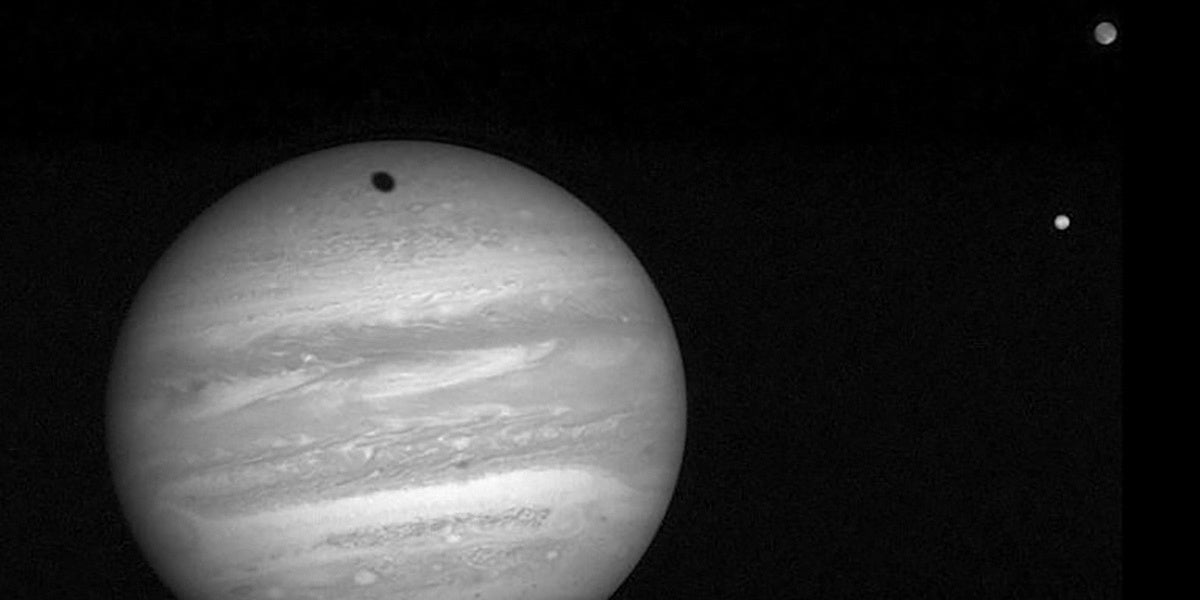 On May 9, Jupiter reaches opposition, when from our earthly point of view, it will be opposite the sun in the sky. Stargazers consider opposition the best time to view a planet, because it rises at sunset and sets at sunrise, making it visible all night long.

Look for Jupiter rising in the southeast amid the constellation of Libra the Scales. Jupiter will be the brightest point of light in this part of the sky, shining at magnitude -2.5. It stands out in this region because the stars of Libra aren’t particularly bright, but two of them do have rather remarkable names. Zubenelgenubi is the star closest to Jupiter on the right, and Zubeneschamali is above Jupiter. These names translate to the southern claw and the northern claw, because Libra was once part of neighboring constellation Scorpius or the Scorpion.

If you have a telescope or even just a decent pair of binoculars, you can catch some good views of Jupiter throughout the month. Look for faint stripes of dark and light that make up stormy belts and zones in the atmosphere. These are actually easier to see than the Great Red Spot, which in reality is a rather bland, peach-colored swirl.

All four of the largest moons, known as Galilean moons, can be seen orbiting Jupiter on any given night, their configuration constantly changing. On May 9, Io is closest to the planet early in the evening but then moves out to trade places with Ganymede. Europa is the third moon on that side of the planet while Callisto is on the other side.

Every so often two of the moons’ shadows will cross at the same time, in what is called a double shadow transit. One of these will occur on Aug. 23 when Io and Europa’s shadows can be seen on the planet at the same time just after sunset and before Jupiter sets. The satellites themselves will both be in front of the planet at first, and then as Europa moves off onto the black background of sky, its shadow becomes the second dark spot on Jupiter. Approximately 30 minutes later, Io will join Europa off to one side of Jupiter while just the two shadows remain in front of the planet. Jupiter will sink below the horizon before the shadows disappear.

Our own moon does its monthly dance through the sky, passing from new to full and back again as it skims across the ecliptic, meeting planets and bright stars along the way. For those up before dawn, the moon will be near Mars on May 6 and Mercury on May 13. The young crescent moon reappears in the west at sunset on May 16, meeting up with brilliant Venus on May 17. On May 21, the moon and Regulus are less than a degree apart. The moon waxes larger as it passes Spica on May 25 and Jupiter on May 27 before becoming the full moon on May 29. Finally, on the last evening of the month, the moon rises late right beside Saturn.

One last perk in May’s night sky is the Eta Aquarid meteor shower, which peaks from around May 4 to 7. The radiant (the point in the sky where the meteors appear to originate) will appear in the southeast before dawn, but the nearby moon may dampen the show.