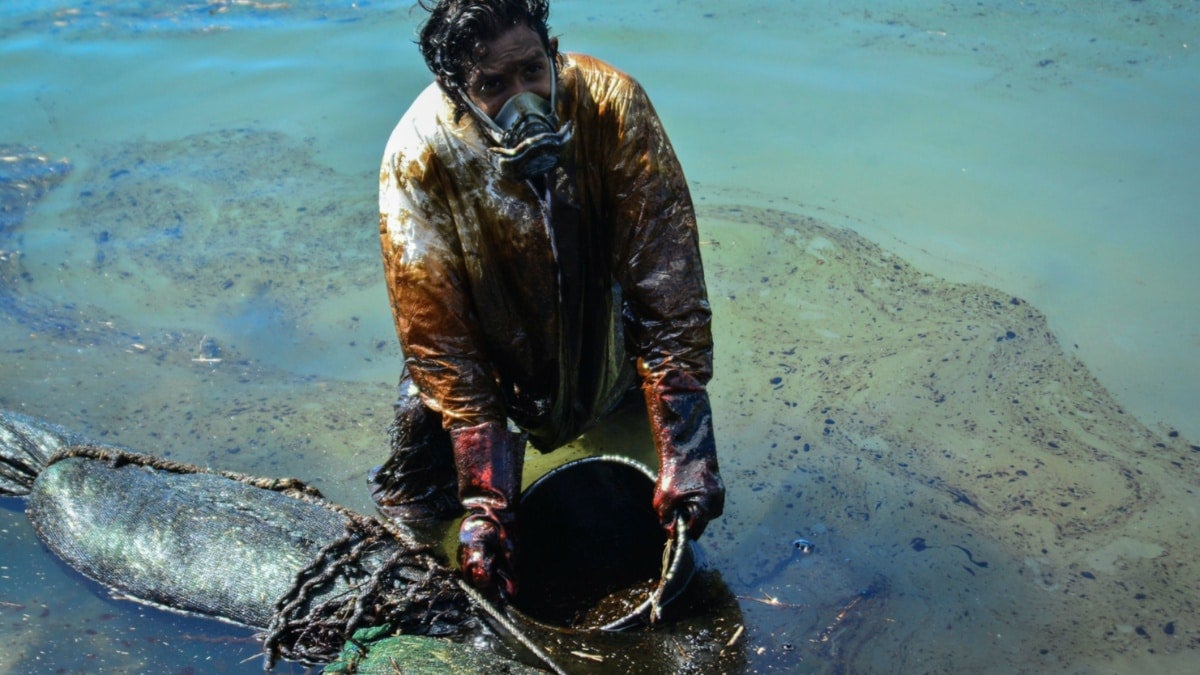 A man scoops leaked oil from the Japanese-owned MV Wakashio that ran aground near Blue Bay Marine Park off the coast of Mauritius on August 8, 2020. Jean Aurelio Prudence / L'Express Maurice / AFP / Getty Images

Mauritius has asked Japan to pay close to 3.6 billion yen (€28.5 billion, $34 million) in order to support local fishermen whose livelihoods were adversely impacted by an oil leak last month, according to a Mauritian government document accessed by Japanese news agency Kyodo News.

The spill occurred when Japanese bulk carrier MV Wakashio, owned by Nagashiki Shipping Co., crashed into a reef off southeastern Mauritius in July. More than 1,000 tons of oil spilled into waters that are home to mangrove forests and endangered species, causing Mauritius to declare a “state of environmental emergency” on August 7.

As the island nation attempts to control the spread of the fuel, there has been considerable debate over who will pay for the damage inflicted on sea life and those who are dependent on it for their livelihoods.

According to the document cited by Kyodo, Mauritius has estimated a cost of over million for constructing 100 fishing boats, while over 0,000 would be used for providing training to 475 fishermen and 60 skippers who may not have experience fishing in rough seas.

Over million has been requested for renovating Mauritius’ Albion Fisheries Research Center, which was built in the 1980s with Japanese assistance.

According to the Japanese agency, an official from the Embassy of Japan in Mauritius confirmed that various requests had been received. The official said, “It is true that we are currently receiving various requests. Japan is working to promptly do all that it can.”

Over the weekend, Mauritius saw large scale demonstrations in the capital, the biggest protests the country has seen in 40 years. Close to 75,000 protesters marched against Prime Minister Pravind Jugnauth’s inaction in dealing with the crisis, calling for the leader and many top officials to step down.

Signs such as “Your incompetence is destroying our island,” “You have no shame,” and “I’ve seen better Cabinets at IKEA” were carried by protesters, who were also outraged over the alarming discovery of dozens of dead dolphins in recent days.