Mass Population Flight Expected to Grow over the Coming Decade 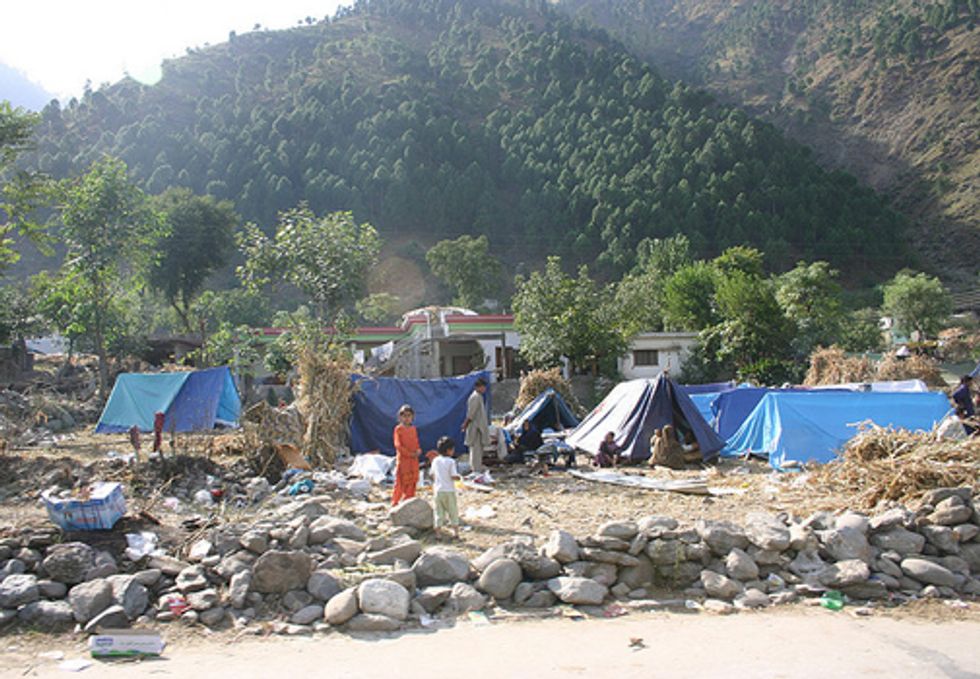 UN High Commissioner for Refugees (UNHCR) António Guterres warned on May 31 that factors causing mass population flight are growing and over the coming decade more people on the move will become refugees or displaced within their own country.

In comments marking the launch in New York of The State of the World's Refugees: In Search of Solidarity, Guterres said displacement from conflict was becoming compounded by a combination of causes, including climate change, population growth, urbanization, food insecurity, water scarcity and resource competition.

All these factors are interacting with each other, increasing instability and conflict and forcing people to move. In a world that is becoming smaller and smaller, finding solutions, he said, would need determined international political will.

"The world is creating displacement faster than it is producing solutions," said Guterres. "And this means one thing only: more people trapped in exile over many years, unable to return home, to settle locally, or to move elsewhere. Global displacement is an inherently international problem and, as such, needs international solutions—and by this I mainly mean political solutions."

The new publication details these and other changes to the environment for the displaced since 2006, when the previous edition of the book was published. It presents a decidedly gloomier outlook: larger and more complex displacement challenges, increased threats to the safety of humanitarian workers, and states needing to strengthen their cooperation.

Notable among these changes is the emergence of internal displacement as a dominant challenge. Today, most of the world's 43 million people forced to flee their homes are not refugees but people who are displaced within their own countries, commonly referred to as internally displaced people, or IDPs. Globally, some 26 million people fall into this category, compared to around 15-16 million refugees and a further 1 million asylum-seekers.

For humanitarian workers, an ensuing implication is that helping the displaced is becoming more costly and dangerous. In countries such as Somalia, Afghanistan, Yemen or Iraq, getting help to internally displaced populations means working in environments where access is difficult and conflict or criminality can present deadly risk.

The State of the World's Refugees looks at these problems and the state of cooperation among countries. "The space for humanitarian intervention is shrinking exactly when the need for humanitarian help is increasing. Pressures on the international protection system are clearly growing. In some industrialized countries in particular we see fortress mentalities that serve only to shift responsibility and compassion elsewhere. In a world where societies are becoming multi-cultural and multi-ethnic, it is essential to promote the values of tolerance and to fight the manifestation of xenophobia," said Guterres.

The book describes how UNHCR and its partners have developed innovative practices in response to evolving displacement challenges. However, it also elaborates the struggle UNHCR often faces in promoting state compliance with customary international law as it relates to the forcibly displaced, or the compliance of signatory states to their obligations under the 1951 UN Refugee Convention and its 1967 Protocol. It looks, too, at the problems of the world's estimated 12 million stateless people—without citizenship of any country, they are often trapped in legal and human rights limbo.

Eighty percent of today's refugees live in the developing world. Greater international solidarity is needed to address this challenge, the book concludes. This encompasses providing more resettlement opportunities for refugees in the industrialized world, focusing development cooperation projects to foster sustainable voluntary return or local integration, and supporting host communities. A new deal in burden and responsibility sharing is needed in the whole cycle of refugee protection from prevention of conflict to solutions.