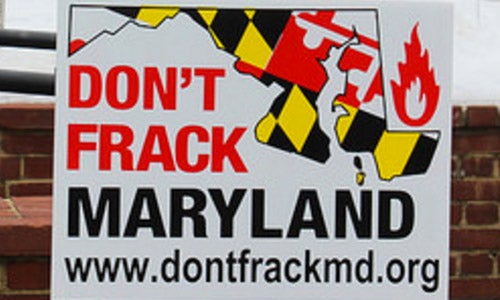 The Prince George’s County Council voted unanimously today to ban fracking within the county. The measure, introduced by Councilwoman Mary Lehman, amends the zoning ordinance to prohibit the gas drilling technique in all areas of the county, which sits atop a known gas basin. The ban goes into effect immediately and comes after months of work by citizens supported by the Chesapeake Climate Action Network, Food & Water Watch and the Sierra Club.

Councilmember Lehman said in voting for the bill this morning, “Our action here today will lay the groundwork for a statewide ban in Maryland.” 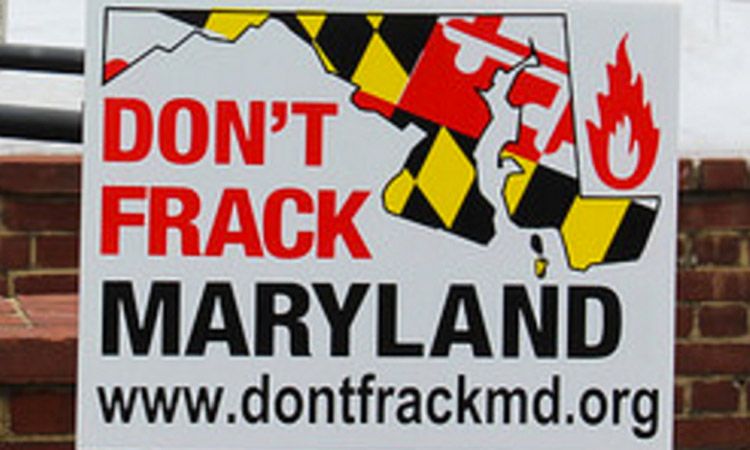 Prince George’s is the first county in Maryland to adopt a ban on fracking since the Maryland General Assembly passed a two-year moratorium on the practice last year. Photo credit: Chesapeake Climate Action Network

Prince George’s, Maryland’s second most-populous county, is the first county to adopt a ban on fracking since the Maryland General Assembly passed a two-year moratorium on the practice last year. The moratorium comes to an end in October 2017, leaving the state vulnerable to this dangerous drilling process. To date, one other Maryland county has taken similar action. In the fall of 2014, the Montgomery County Council adopted a change to its county zoning laws that essentially prohibits fracking.

“Prince George’s County is showing that the grassroots opposition to fracking is only growing across Maryland,” Thomas Meyer, Maryland organizer with Food & Water Watch, said. “The council listened to residents and the science and made the right move by banning fracking. The Maryland General Assembly should follow Prince George’s lead and do the same.”

Outside of Western Maryland, Prince George’s County is one of the Maryland counties most at risk for fracking. The southeastern third of the county sits on top of the Taylorsville Basin, which extends northeast from Richmond, Virginia to Annapolis, Maryland and is estimated to contain more than 500 billion cubic feet of gas. Across the Potomac River in Virginia, a Texas-based company has already leased more than 80,000 acres for potential fracking in the Taylorsville Basin. Parts of Charles, Anne Arundel, Calvert and St. Mary’s Counties also sit atop this basin.

“Today’s vote follows months of citizen organizing, driven by concern for the county’s air and water quality, for real estate values and for the climate,” Monique Sullivan, field director at the Chesapeake Climate Action Network, said. “The county council’s action will keep dirty fuels in the ground and protect the health and safety of citizens. In the coming year, this same citizen movement will push our General Assembly to follow suit.”

In the lead up to today’s vote, organizers and volunteers held film screenings and presentations at community meetings and churches across the county, gathered more than 1,000 petitions to city council members, delivered a letter of support signed by more than 25 organizations and businesses and packed the room at fall and spring hearings on the ban measure.

“We are working hard to protect our agricultural and rural resources in the part of the county that would be most affected by fracking,” Joanne Flynn, a farm owner and vice president of the Greater Baden Aquasco Citizens Association, said. “I am proud to see our county council being forward thinking in addressing this issue and hope that the state of Maryland will follow Prince George’s lead and ban this dangerous and toxic industry statewide.”

Southeastern Prince George’s County is primarily rural, with more than 4,000 drinking water wells—and a major tributary of the Chesapeake Bay, the Patuxent River—potentially impacted by contamination from the fracking process. Homeowners in the county were some of the hardest hit by the 2008 recession and recent studies show drilling activity can have a chilling effect on property values.

The affected area of the county is particularly vulnerable to the threat of fracking due to its proximity to several existing or planned gas-fired power plants and a planned liquefied natural gas export facility at Cove Point, in neighboring Calvert County.