Martin Guitar Is in Tune With the Environment 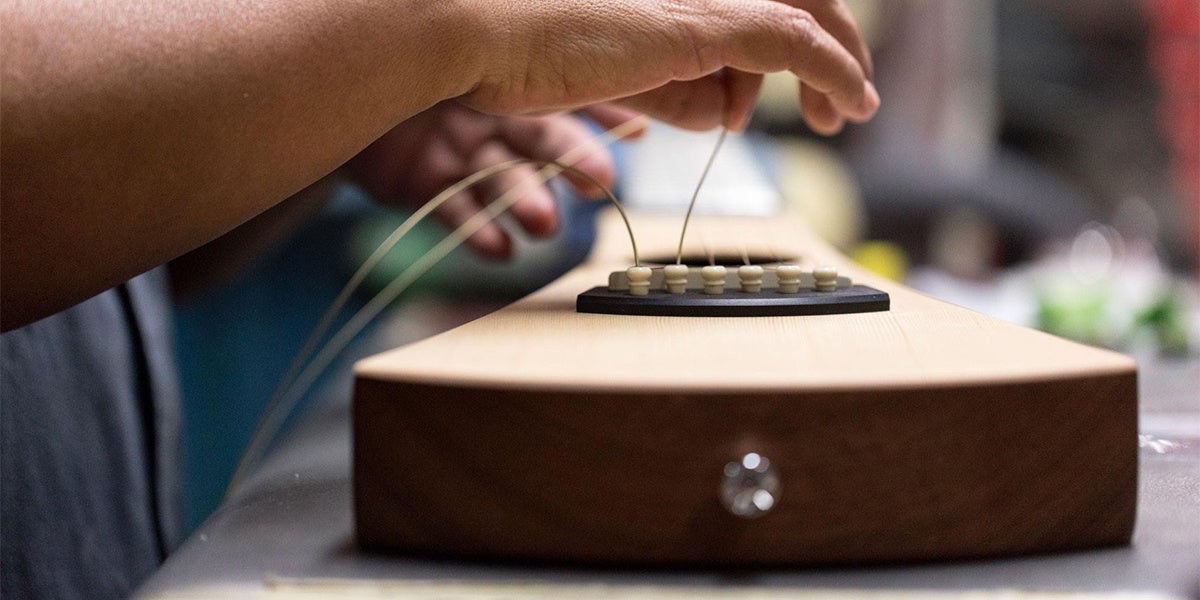 Martin Guitar, one of the world’s top acoustic guitar manufacturers based in Nazareth, Pennsylvania, has been run by the same family for six generations, since its founding in 1833. But its long business history hasn’t stopped C.F. Martin & Co from trying new things.

On Monday, Martin Guitar was recognized by the Department of Energy (DOE) for its success at rapidly improving energy efficiency, a DOE press release reported.

The company made the improvements as part of the DOE’s Better Plants Challenge. Manufacturers who join the challenge as partners pledge to improve energy efficiency by 25 percent over a 10 year period. Martin Guitars managed that feet in two.

“We had some very, very, old equipment that was inefficient,” Fred Everett of Martin Guitar told WFMZ TV. “So the state of the art investment allowed us to create air conditioning, to do humidity control in our manufacturing facility for about 70 percent less kilowatts per ton.”

Martin Guitar invested $8 million in the improvements, and is already seeing results. The new plant reduced natural gas consumption by 20 percent and electricity use by 46 percent, better than Martin Guitar expected, according the DOE press release. That added up to a 27 percent reduction in energy intensity overall.

While the decision was good for the planet, it has also benefited the business. Martin Guitar saved $500,000 in yearly energy costs and $150,000 in yearly maintenance costs. The new plant also improves Martin Guitar’s ability to control humidity and temperature, an important boon for a guitar maker.

Martin Guitar will now be able to share its success with the nearly 200 other manufacturers participating in the Better Plants program, since information sharing is one of the program’s goals: “To get that information, make sure other companies see the good work they are doing and are able to replicate it,” Simmons told WFMZ TV.

In total, Better Plants partners have saved $4.2 billion in energy costs to date. The partners comprise 1,800 plants, eight percent of the U.S. manufacturing footprint, according to the Better Plants Frequently Asked Questions page. Other partners include big names like General Motors, Raytheon and PepsiCo. The DOE helps partners to achieve their energy goals by providing them with resources, tools and trainings to identify and implement energy saving opportunities.