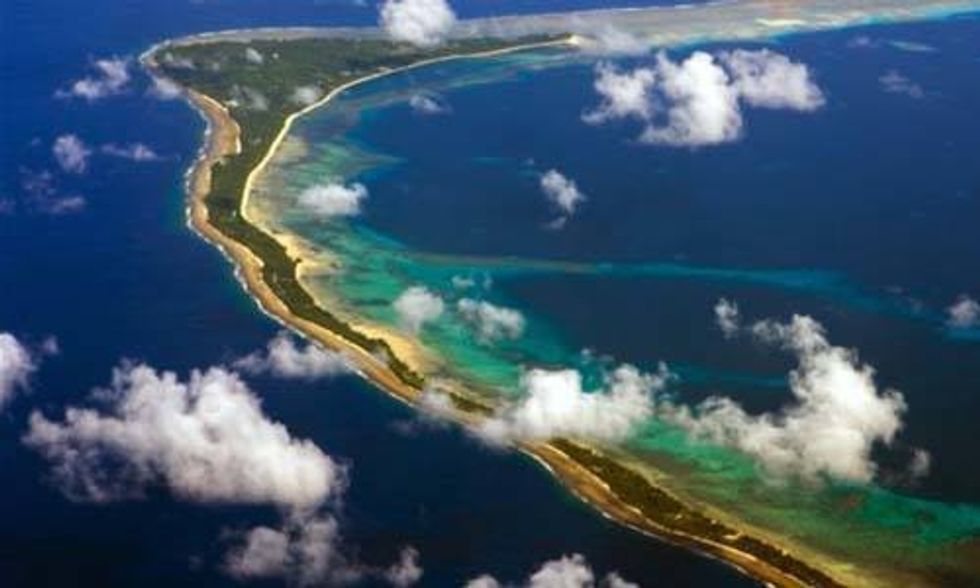 Faced with the disastrous impacts of the growing climate crisis, the Marshall Islands, a remote Pacific island nation, has taken a decisive step towards the preservation of the planet, as well as its own land and people.

"Our message is simple: If one of the world’s smallest, poorest and most geographically isolated countries can do it, so can you." Photo credit: Christopher Michel

On Sunday, Republic of the Marshall Islands (RMI) President Christopher Loeak announced his country is the first small island nation to submit to the United Nations a clear climate target for 2025 ahead of the upcoming Paris climate summit.

"I am proud that, despite the climate disasters hitting our shores with increasing regularity, we remain committed to showing the way in the transition to a low-carbon economy," he said. "We may be small, but we exemplify the new reality that going low carbon is in everyone’s interests.  It improves our economy, our security, our health and our prosperity, particularly in the Pacific and more broadly in the developing world."

According to the pledge, known as an Intended Nationally Determined Contribution (or INDC), the island nation has committed to reduce emissions by 32 percent below 2010 levels by 2025, and 45 percent by 2030, with the longer-term vision of zero emissions by 2050, if not earlier.

This goal, Loaek says, makes RMI the first developing country to adopt a "more robust absolute economy-wide target" usually expected of industrialized countries. Previous negotiations have been stifled largely because rich nations have failed to commit to binding climate targets or take responsibility for their outsized contribution to the climate crisis.

Referencing this ongoing debate between developed and developing countries, RMI Minister of Foreign Affairs Tony de Brum added: "With most of the big emitters’ targets now on the table, everyone know s we are falling well short. This is not something that can be ignored, nor swept away by political expediency."

"There can be no more excuses for delay or for low-balling ambition on the false premise that coal and other dirty fuels somehow increase prosperity," de Brum continued. "Exactly the opposite is true."

"Our message is simple: If one of the world’s smallest, poorest and most geographically isolated countries can do it, so can you," he said.

The Marshall Islands, de Brum noted, has already led the world in its transition to renewable energy. "But going forward," he added, "we’ll need to go harder, upscaling not only on solar, but also biofuels and wind, as well as the potential use of transformational technology, such as Ocean Thermal Energy Conversion."