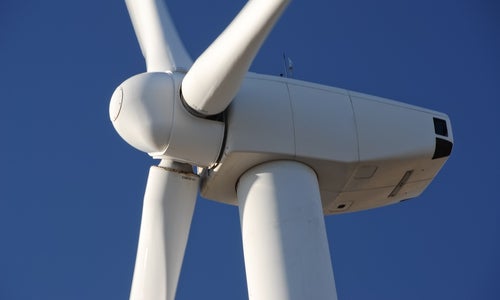 Wind energy is coming to Mars.

No, it’s not that Mars, but the announcement is still substantial. Mars Inc., the makers of Snickers, Skittles and other popular candies, said Wednesday that it is building a 200-megawatt (MW) wind farm in Lamesa, TX.

The 118-turbine farm is the biggest long-term commitment to renewable energy made by any food manufacturing business in the U.S., the company says. 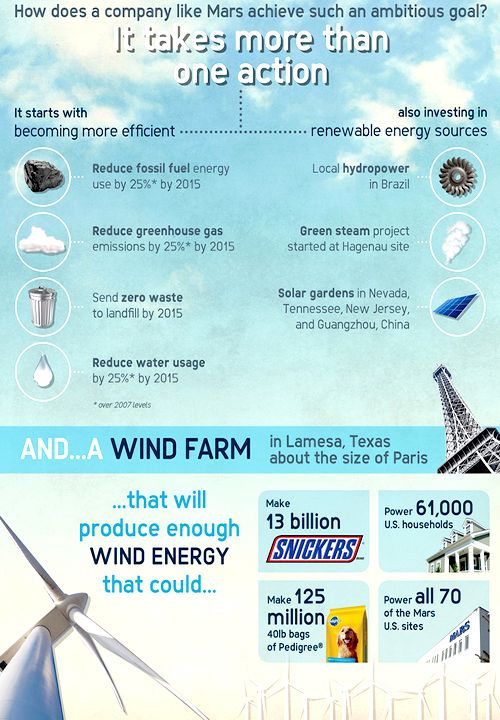 “We have a responsibility to ensure that our business does not drive climate change to an extent that it’s really going to damage the planet,” Barry Parkin, chief sustainability officer for Mars, said in a video detailing the company’s plans.

The farm will represent 24 percent of Mars’ total global factory and office carbon footprint. Mars plans on being carbon-neutral by 2040. That includes reducing greenhouse gas emissions and water usage both by 25 percent by next year. The manufacturer also plans reducing fossil fuel use by the same amount, as well as sending zero waste to landfills by next year.

To help its plan, Parkin said the company wants to invest in renewable energy in “the windiest places,” and that certainly includes Texas, which generates more than double the amount of wind energy than other state.

Mesquite Creek Wind Farm will generate 100 percent of the company’s electricity needs for its U.S. operations. Its annual output, 800,000 megawatt-hours, is enough to power 61,000 homes.

The maker of Doublemint and Twix partnered with Sumitomo Corp. of Americas and BNB Renewable Energy, who jointly designed the 25,000-acre farm. Blattner Energy Inc. is constructing the wind farm, which should be operational by the second quarter of 2015.

“By making this extraordinary commitment to buy renewable energy, Mars is sending a clear message that companies, private and public, have the power to lead the world on climate change,” said Jonathan Butcher Sr., a founder of BNB. 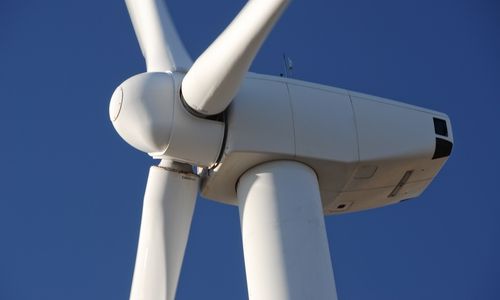 Texas on the Brink of a Major Wind Energy Milestone