Looking for Evidence of Past Life on Mars Getting Martian rocks and samples back to Earth is the primary goal of the Mars 2020 mission. NASA/JPL-Caltech/MSSS

Editor’s note: Jim Bell is a professor in the School of Earth and Space Exploration at Arizona State University and has worked on a number of Mars missions. On Feb. 18, NASA’s Mars 2020 mission will be arriving at the red planet, and hopefully will place the Perseverance Rover on the surface. Bell is the primary investigator leading a team in charge of one of the camera systems on Perseverance. We spoke with him for The Conversation’s new podcast, The Conversation Weekly, which launches today.


What’s the Goal of This Mission?

What we’re looking for is evidence of past life, either direct chemical or organic signs in the composition and the chemistry of rocks, or textural evidence in the rock record. The environment of Mars is extremely harsh compared to Earth, so we’re not really looking for evidence of current life. Unless something actually gets up and walks in front of the cameras, we’re really not going to find that. 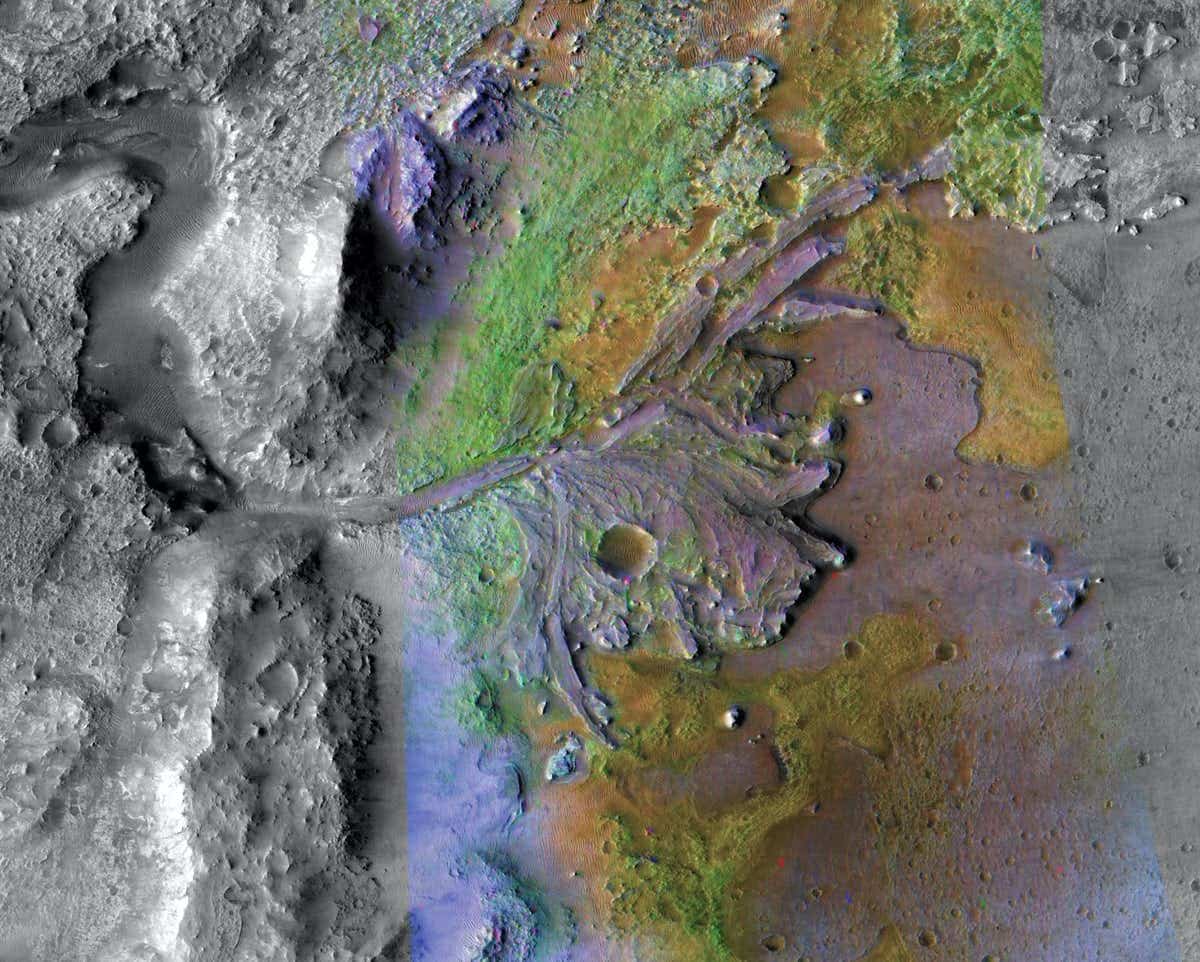 This color–enhanced photo shows the ancient river delta in the Jezero Crater where Perseverance will look for signs of life. NASA/JPL/JHU-APL/MSSS/Brown University

Where Is the Perseverance Rover Landing to Look for Ancient Life?

There was a three- or four-year process that involved the entire global community of Mars and planetary science researchers to figure out where to send this rover. We chose a crater called Jezero. Jezero has a beautiful river delta in it, preserved from an ancient river that flowed down into that crater and deposited sediments. This is kind of like the delta at the end of the Mississippi River in Louisiana which is depositing sediments very gently into the Gulf of Mexico.

On Earth, this shallow water is a very gentle environment where organic molecules and fossils can actually be gently buried and preserved in very fine-grained mudstones. If a Martian delta operates the same way, then it’s a great environment for preserving evidence of things that were flowing in that water that came from the ancient highlands above the crater.

There’s lots of things we don’t know, but there was liquid water there. There were heat sources – there were active volcanoes 2, 3, 4 billion years ago on Mars – and there are impact craters from asteroids and comets dumping lots of heat into the ground as well as organic molecules. It’s a very short list of places in the solar system that meet those constraints, and Jezero is one of those places. It’s one of the best places that we think to go to do this search for life. 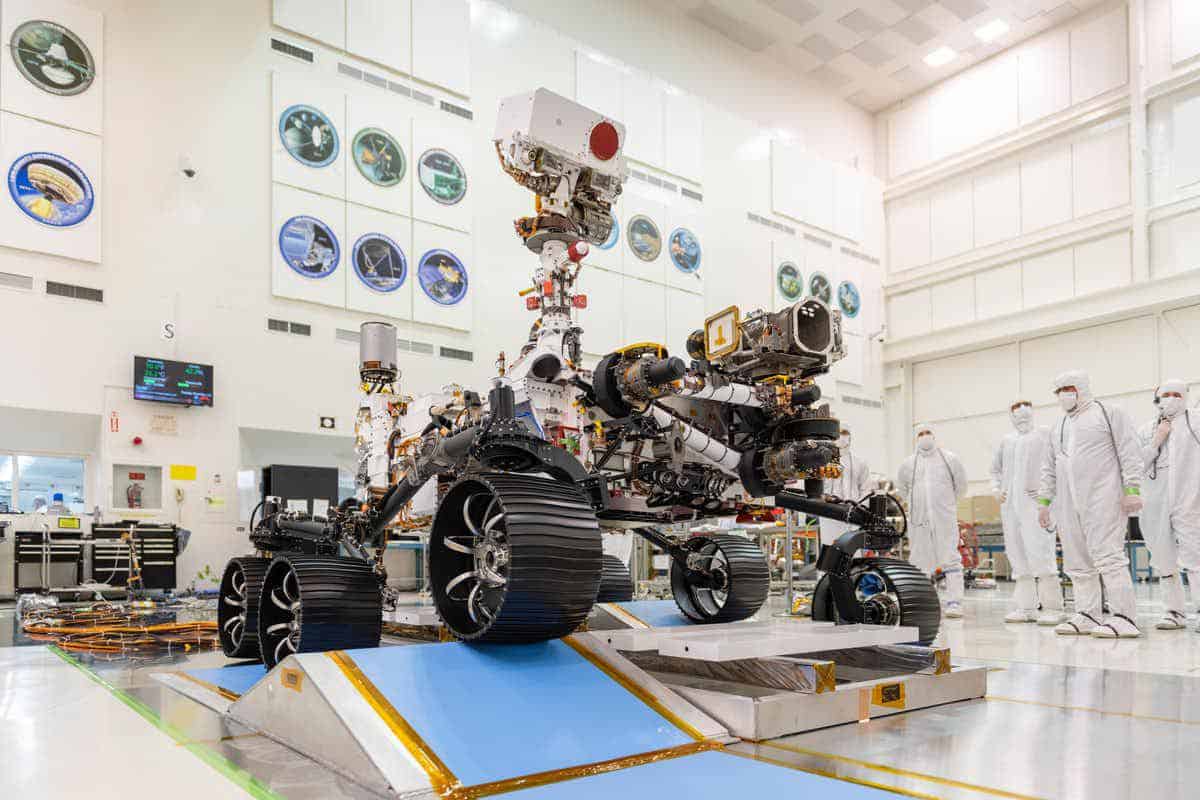 The Perseverance Rover is 90% spare parts from the Curiosity Rover but has a few new tools on board. NASA/JPL-Caltech

What Scientific Tools Is Perseverance Carrying?

The Perseverance Rover looks a lot like Curiosity on the outside because it’s made from something like 90% spare parts from Curiosity – that’s how NASA could afford this mission. Curiosity has a pair of cameras – one wide angle, one telephoto.

In Perseverance, we’re sending similar cameras, but with zoom technology so we can zoom from wide angle to telephoto with both cameras – the “Z” in Mastcam-Z stands for zoom. This allows us to get great stereo images. Just like our left eye and our right eye build a three-dimensional image in our brain, the zoom cameras on Perserverance are a left eye and a right eye. With this, we can build a three-dimensional image back on Earth when we get those images. 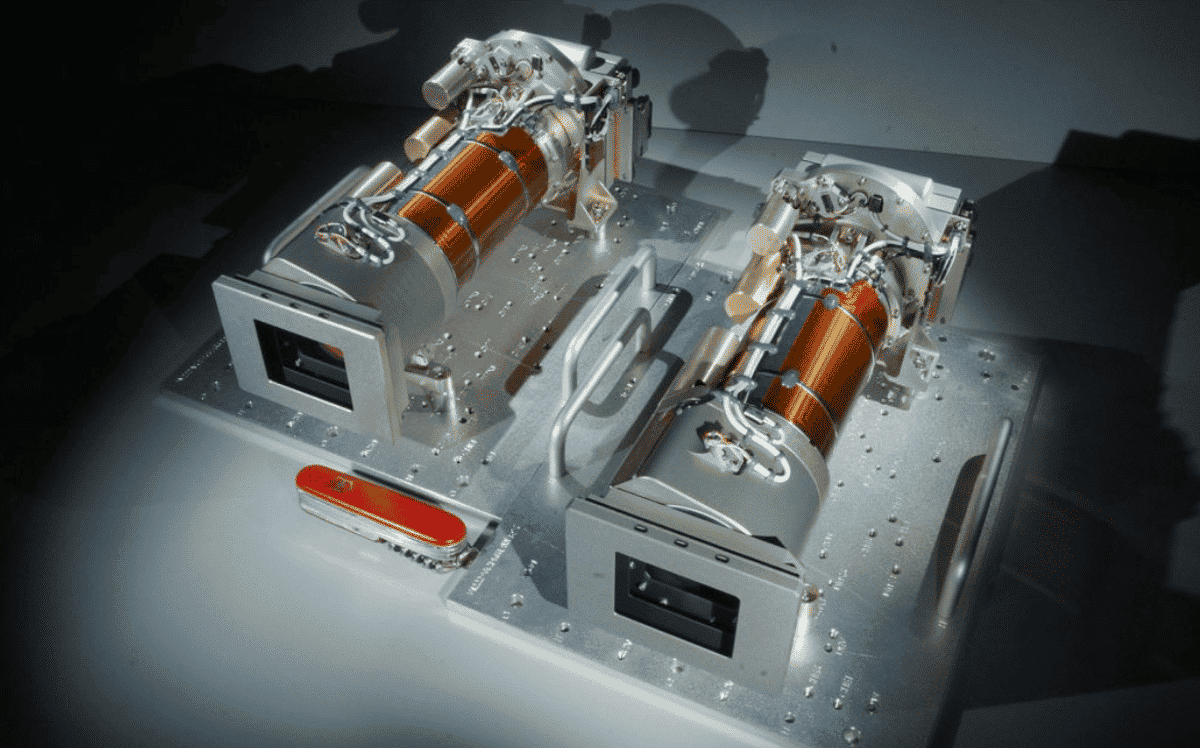 3D images allow us to do a whole range of things scientifically. We want to understand the topography of Mars in much more detail than we’ve been able to in the past. We want to put the pieces of the delta geology story together not just with two-dimensional, spatial information, but with height as well as texture. And we want to make 3D maps of the landing site.

Our engineering and driving colleagues really need that information too. These 3D images will help them decide where to drive by helping to identify obstacles and slopes and trenches and rocks and stuff like that, allowing them to drive the rover much deeper into places than they would have been able to otherwise.

And finally, we’re going to make really cool 3D views of our landing site to share with the public, including movies and flyovers. 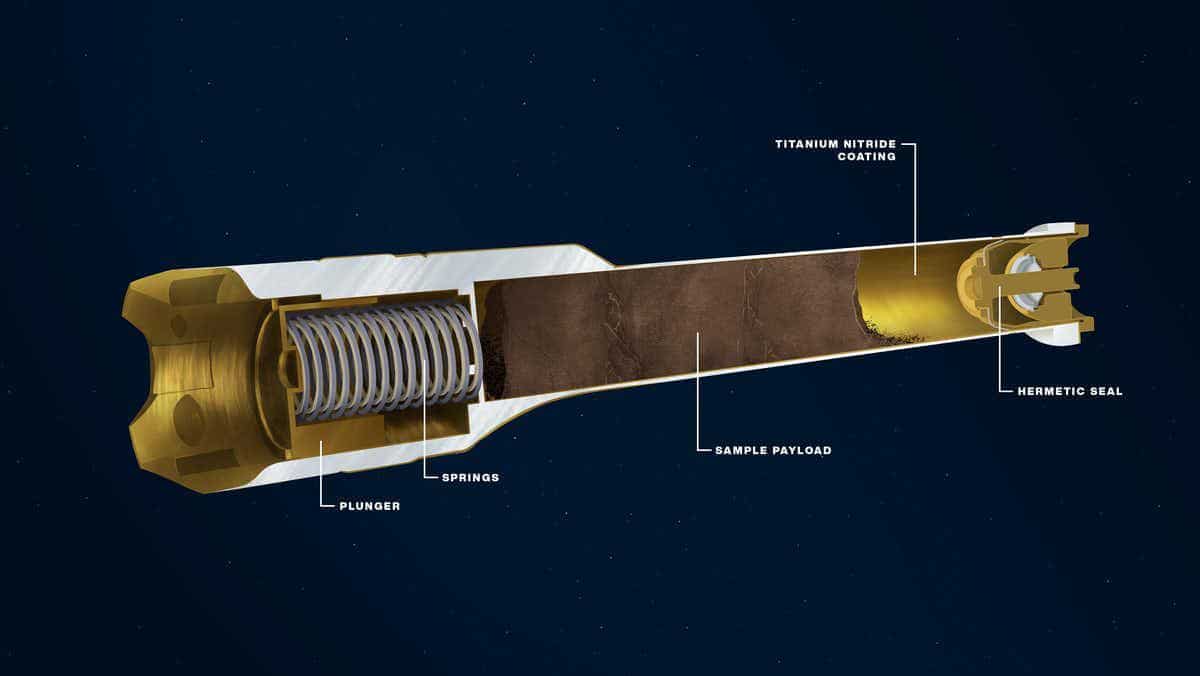 The sample tubes are specially built to store the rock and soil cores for future pickup. NASA/JPL-Caltech

What Else Is Different About This Mission?

Perseverance is intended to be the first part of a robotic sample return mission from Mars. So instead of just drilling into the surface like the Curiosity Rover does, Perseverance will drill and core into the surface and cache those little cores into tubes about the size of a dry-erase marker. It will then put those tubes onto the surface for a future mission later this decade to pick up and then bring back to Earth.

Perseverance won’t come back to Earth, but the plan is to bring the samples that we collect back.

In the meantime, we’ll be doing all of the science that any great rover mission would do. We are going to characterize the site, explore the geology and measure the atmospheric and weather properties.

How Will You Get Those Samples Back to Earth?

This is where it gets a little less certain, because these are all ideas and missions in the works. NASA and the European Space Agency are collaborating on a concept to build and launch a lander that will send a little fetch rover that goes and gets the little tubes, picks them up and brings them back to the lander. Waiting on the lander would be a small rocket called a Mars Ascent Vehicle, or MAV. Once the samples are loaded into the MAV, it launches them into Mars orbit.

Then you’ve got this grapefruit- to soccer-ball-sized canister up there, and NASA and the Europeans are collaborating on an orbiter that will search for that canister, capture it and then rocket it back to Earth, where it will land in the Utah desert. What could possibly go wrong?

If successful, that’ll be the first time we’ve done that from Mars. The scientific tools on the rovers are good, but nothing like the labs back on Earth. Bringing those samples back is going to be absolutely critical to getting the most out of the samples.

Jim Bell is a professor of Earth and space exploration at Arizona State University.

Disclosure statement: Jim Bell receives funding from NASA for his work on the Perseverance rover mission.. He is also an unpaid member of the Board of Directors of The Planetary Society, engaging in activities including education and advocacy of space exploration with elected officials.