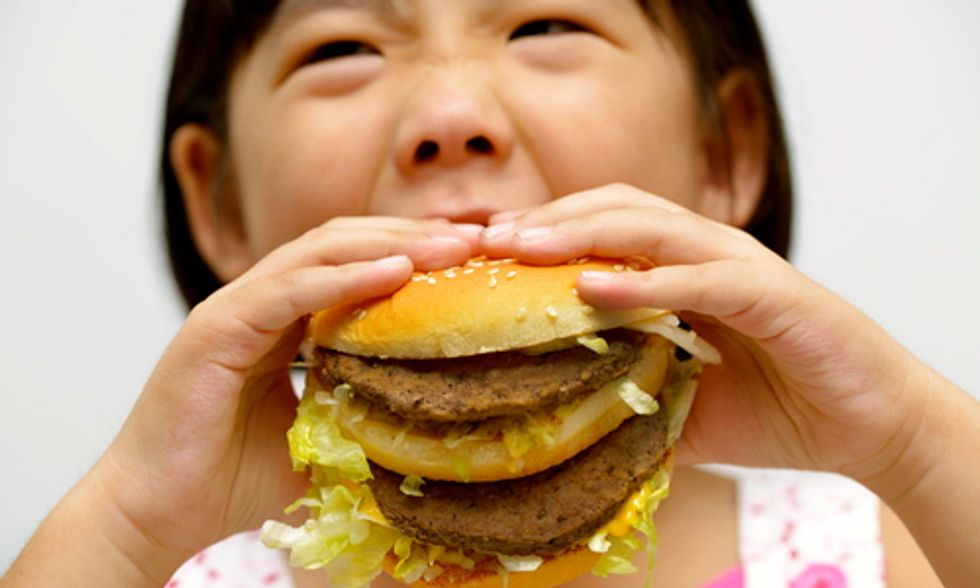 Each year, "Big Food" spends $2 billion in marketing campaigns to get its unhealthy snacks and sugary drinks into the hands of children.

This, and many other startling facts, were delivered in a 2013 viral YouTube video by Food MythBusters' Anna Lappe, which has begun to recirculate given First Lady Michelle Obama's recently-announced plans to ramp up the fight against the food industry and its ongoing push to saturate children with messaging that encourages unhealthy eating.

According to Lappe, here's what children, teens and parents are up against:

"In the past 30 years, the prevalence of obesity among children and teens has tripled," said Lappe. "Today, a child born in this country has a 1 in 3 chance of developing [diabetes, heart disease, high blood pressure, asthma and even certain cancers] at some point in their lifetime. For African-American and Latino kids, that's a 1 in 2 chance."

What Can Be Done?

"To the junk food industry I say this: my children, all of our children, are none of your business," said Lappe to end the video presentation.