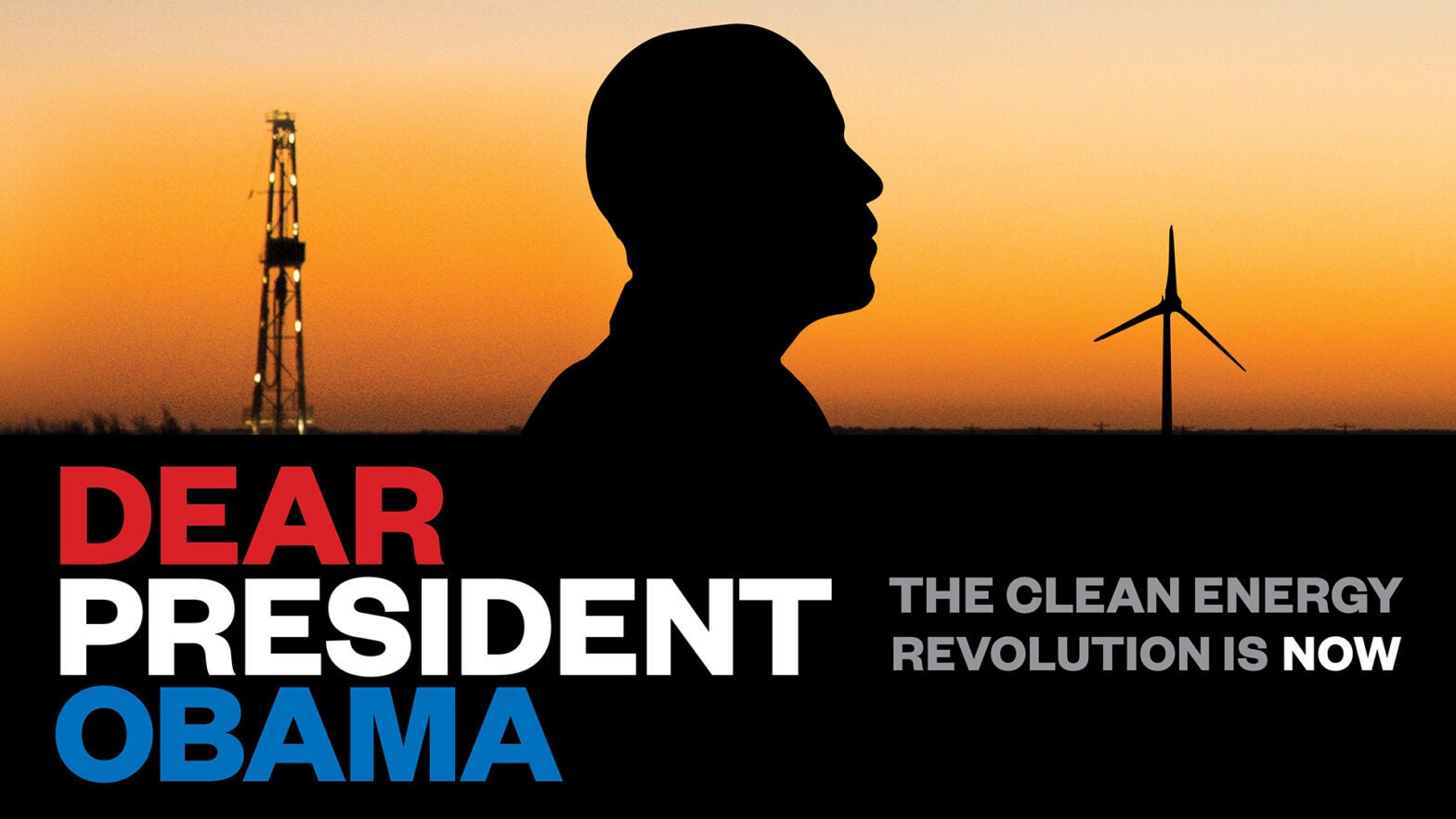 The letter highlights the damages caused by increased oil and gas drilling and fracking over the course of the Obama administration. More than 17 million Americans now live within one mile of a well pad, putting their families at risk.

Despite President Obama’s leadership in acknowledging climate change and the Paris climate agreement, the expansion of drilling and fracking for oil and gas and their disastrous impact on the climate threaten to undermine his legacy. By supporting fracking, the Obama administration has put the health of hardworking Americans at risk, as this extreme form of fossil fuel extraction is contaminating people’s drinking water, polluting the air, and making more and more families sick.

A documentary narrated by Mark Ruffalo and produced by Jon Bowermaster, Dear President Obama: The Clean Energy Revolution is Now, exposes the dire situation and includes interviews of people across the country, giving a voice to everyday Americans who have become victims of drilling and fracking. Filmmakers spent three years conducting interviews with scientists, economists, health professionals, geologists and whistleblowers, which provide the core narrative of the film.

The letter calls on the President and his top environmental and energy advisors to watch the powerful film. It also calls on President Obama to instruct the U.S. Environmental Protection Agency to resume investigations into aquifers and well water contaminated by drilling and fracking in Pennsylvania, Wyoming and Texas that were inexplicably halted during his first term, and to aggressively pursue additional investigations across the country where drilling and fracking have contaminated people’s water.

It concludes by reminding President Obama that evidence is overwhelmingly clear that fracking will have a lasting harm on people, drinking water, the environment and the climate.

The letter concludes, “During your time in office, science has overwhelmingly found that fracking is not clean, not safe and must not be a part of our energy future. With this evidence, states like New York banned fracking and others have put a halt to it. But there is a dire need for action and leadership at the federal level. You still have time to take action before you leave office.”