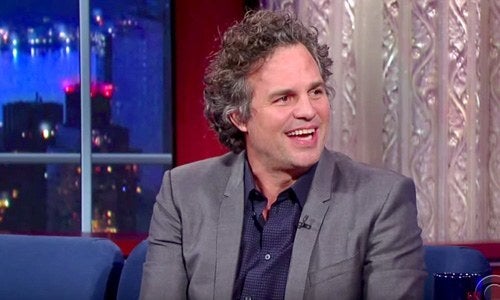 Activist and actor Mark Ruffalo was a guest on The Late Show with Stephen Colbert Friday night. Ruffalo was there to talk about his new movie Spotlight, but first Colbert wanted to talk politics.

“I mean come on, what the hell, who thought of fracking,” replied Ruffalo.

Colbert then asked, “Do you feel the Bern? Are you a Bernie Sanders fan?” Ruffalo quickly responded, “I’m berning up, man.”

However, Colbert noted that Sanders was not Ruffalo’s first love. “You tried to get Elizabeth Warren to run, right?”

“I did, I begged Elizabeth Warren to run.”

Watch here to find out what Ruffalo did to try and get Warren to run for president and hear more about his new film: