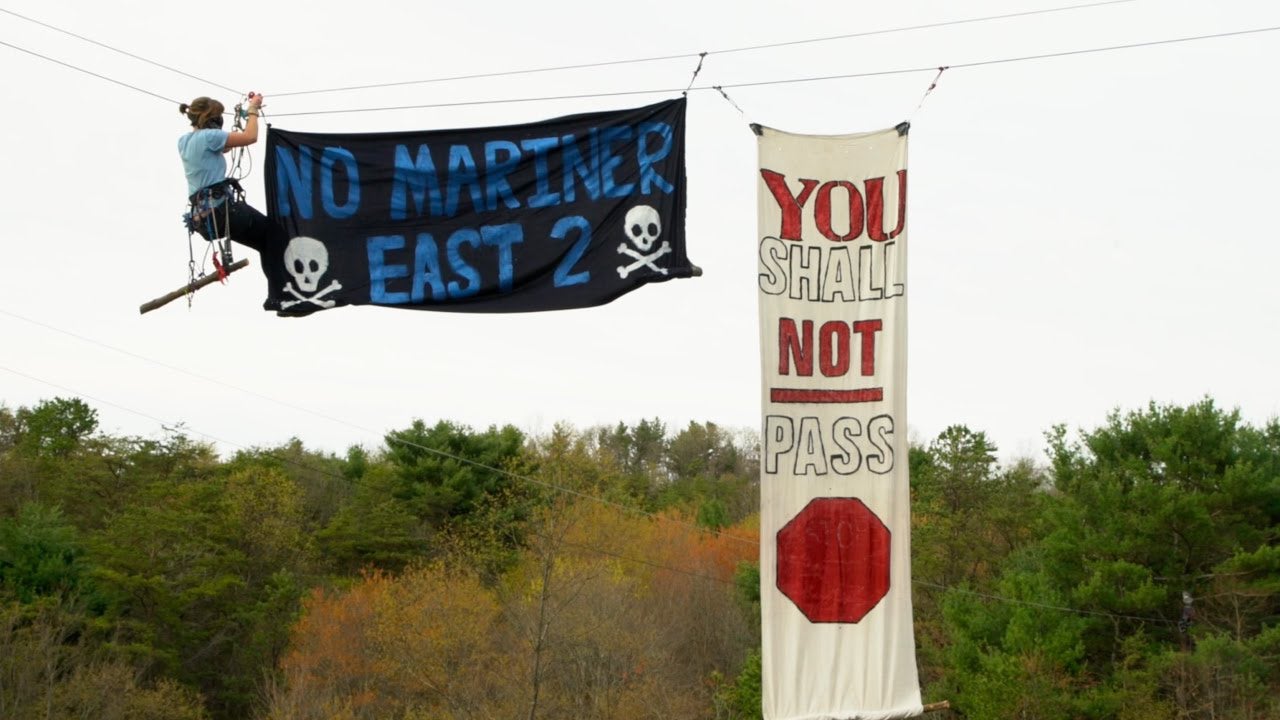 The Pennsylvania’s Environmental Hearing Board ordered Sunoco Pipeline LP Tuesday to temporarily halt some types of work on a $2.5 billion pipeline project designed to carry 275,000 barrels a day of butane, propane and other liquid fossil fuels from Ohio and West Virginia, across Pennsylvania, to the Atlantic coast.

On July 19, three environmental groups presented Judge Bernard Labuskes, Jr. with documentation showing that the project had caused dozens of drilling fluid spills and other accidents between April and mid-June.

“Across the state, Sunoco has unleashed drilling fluid into exceptional value wetlands, high-quality trout streams, reservoirs, and groundwater endangering both drinking water supplies and our natural environment,” Clean Air Council said in a statement. The nonprofit, along with the Mountain Watershed Association, Inc. and the Delaware Riverkeeper Network, submitted the evidence to the judge one week ago.

The judge ordered all horizontal directional drilling—expected to be used in 168 locations where the pipeline crosses waterways or other obstacles—halted until Aug. 7, except in places where Sunoco can show that stopping mid-bore would cause safety problems, equipment damage or “more environmental harm than good.” The order immediately affects 55 sites where drilling is currently underway.

State environmental regulators are also investigating potential violations during the pipeline’s construction, including one case where regulators found that 14 homeowners “experienced adverse impacts to their private water supplies, which are drawn from groundwater.”

“The number of spills that have happened already is highly alarming; we know of at least 80 spills so far and construction is expected to continue into 2018,” said Clean Air Council attorney Kathryn Urbanowicz, adding that water supplies in five different places have been damaged.

“While the stay of drilling is temporary, today’s order is very important because the problems with Sunoco’s drilling have been accumulating rapidly, and each day that drilling continues the public and our natural resources are at risk,” she said.

Tree clearing and other activities along the pipeline’s path will still be allowed, under the Pennsylvania board’s order.

The order comes one day after a public utility commission judge issued an emergency order halting pipeline construction in West Goshen Township, Pennsylvania, over claims that the company unlawfully misled local officals about where it would build an above-ground valve station.

Company officials have said that they plan to press forward with construction.

“We believe that the full hearing before the Environmental Hearing Board will demonstrate that we have expended every effort to meet the strict conditions of our environmental permits,” Sunoco spokesperson Jeff Shields told NBC News. “We are continually evaluating our drilling plans, and had already voluntarily suspended work on a number of our drills while working to ensure that the concerns outlined by the DEP and Gov. Wolf were addressed.”

Over the last 10 years, the project’s parent company, Sunoco Logistics, has spilled hazardous material more often than any other company, based on records from the federal Pipeline and Hazardous Materials Safety Administration. That’s according to resolutions opposing the project passed by eight town-level governments along Mariner East 2’s route. (As of April, Sunoco Logistics has merged with Energy Transfer Partners, the company behind the Dakota Access Pipeline).

The controversial Mariner East 2 project has also come under fire for using eminent domain condemnation to seize private lands to build the pipeline, for posing an explosion risk to 40 public and private schools close to its route, and for running through densely populated Philadelphia suburbs. More than 105,000 people live within a quarter mile of the pipeline’s path and could be at risk in the event of an explosion, according to an analysis by FracTracker.

The pipeline has faced opposition both in the courtroom and on the ground. Camp White Pine, a direct action protest camp which activists say has created the most elaborate tree-sit ever built on the East Coast, was recently profiled by PBS NewsHour.

“We started really doing some research on this company and on the product it was carrying,” Ellen Gerhart, a retired special education teacher whose home sits roughly 200 feet from the pipeline’s path and who allowed activists to build the camp on her land, told NewsHour. “The more research you do, the worse the picture gets.”

Last month, in a separate legal action, a Huntington County judge ordered Ellen, her 30 year-old daughter Elise, and their supporters to vacate part of their own land. Thus far, the protest camp remains in place. (See video above).

Environmentalists emphasized that while they welcomed the drilling delay, they saw it as no reason for those opposed to the pipeline to become complacent or slow their efforts.

“The relief is not permanent,” Alex Bomstein, a Clean Air Council attorney said in a statement, “and the public must continue to call on elected officials and the Pennsylvania Department of Environmental Protection to defend the public interest by putting a long-term halt to the drilling, which Sunoco has been unable to do safely.”