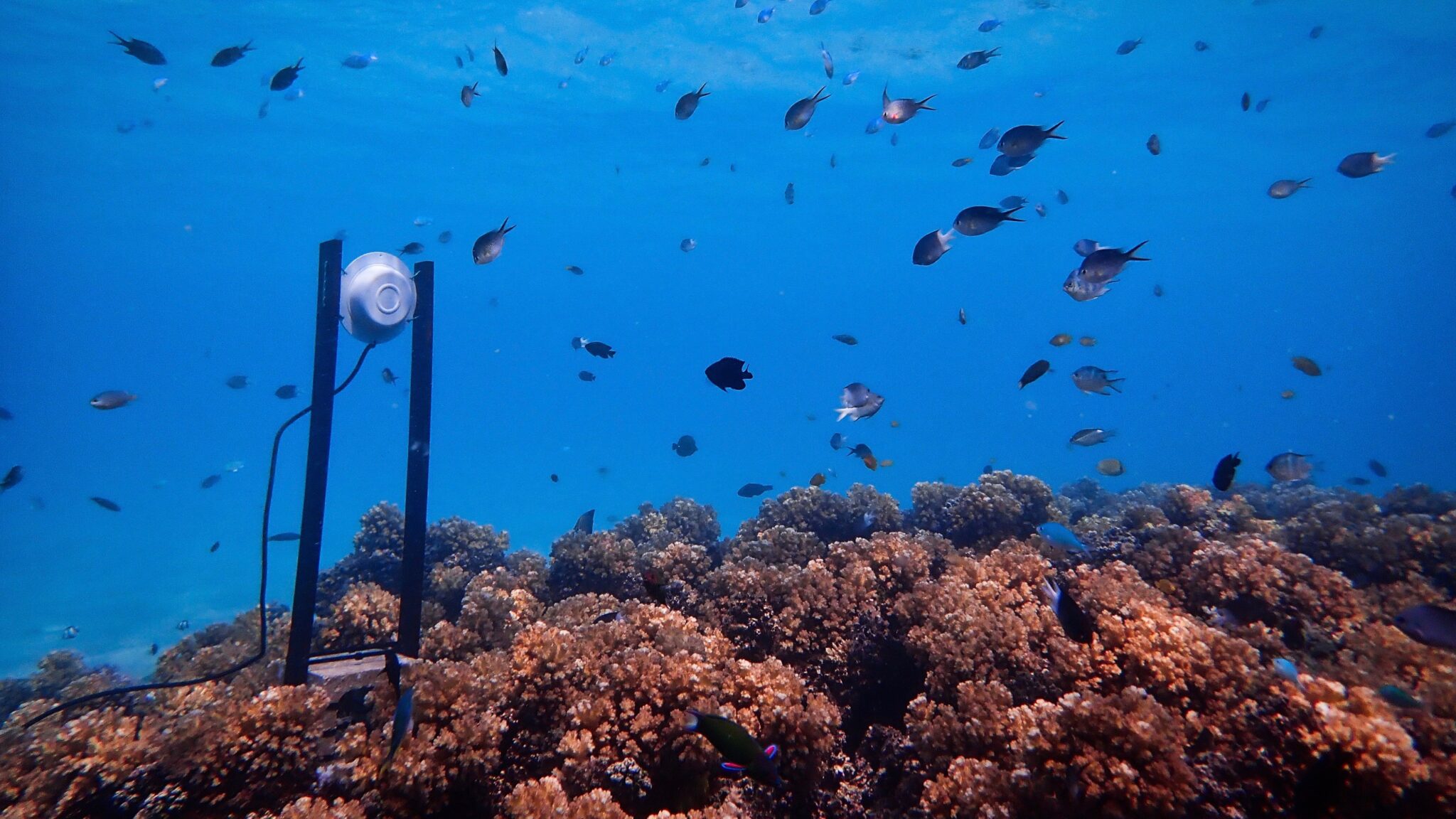 A loudspeaker on a damaged reef attracts fish. Tim Gordon / University of Exeter

A team of British and Australian scientists have discovered an innovative way to help coral reefs recover from the climate crisis and other human-caused damage: loudspeakers.

A healthy fish population can help fight the degradation of coral reefs, the study’s authors explained in Nature Communications Friday, but damaged reefs don’t attract as many fish because they don’t smell or sound like healthy reefs.

“Healthy coral reefs are remarkably noisy places – the crackle of snapping shrimp and the whoops and grunts of fish combine to form a dazzling biological soundscape,” senior author and University of Exeter professor Steve Simpson explained in a press release received by EcoWatch. “Juvenile fish home in on these sounds when they’re looking for a place to settle.” 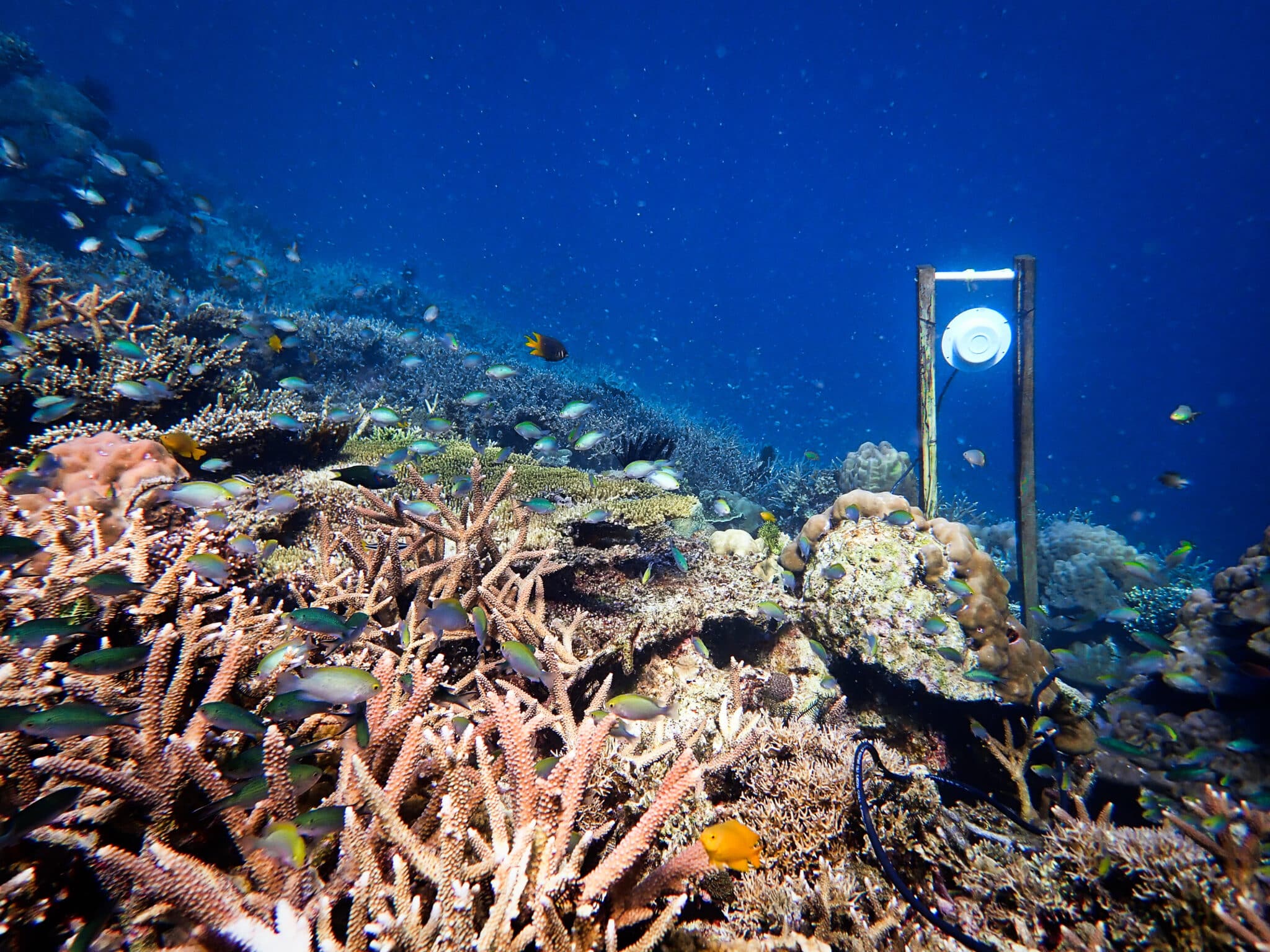 A loudspeaker on a coral reef. Tim Gordon / University of Exeter

So a team of researchers from the University of Exeter and the University of Bristol in the UK, and Australia’s James Cook University and the Australian Institute of Marine Science spent October to December of 2017 in the Great Barrier Reef trying to see if they could replicate these healthy reef sounds in damaged environments.

At the start of fish recruitment season, when fish spawn and mature, the team built 33 experimental reef patches out of dead coral on open sand about 27 yards from the naturally occurring reef. They then fixed underwater loudspeakers to the center of the patches, angling them upward to ensure the sound was distributed evenly in all directions.

Over 40 nights, the team played recordings from a healthy reef in some of the patches. In other patches, they used dummy speakers that emitted no sounds, and they left a third group of patches untouched. 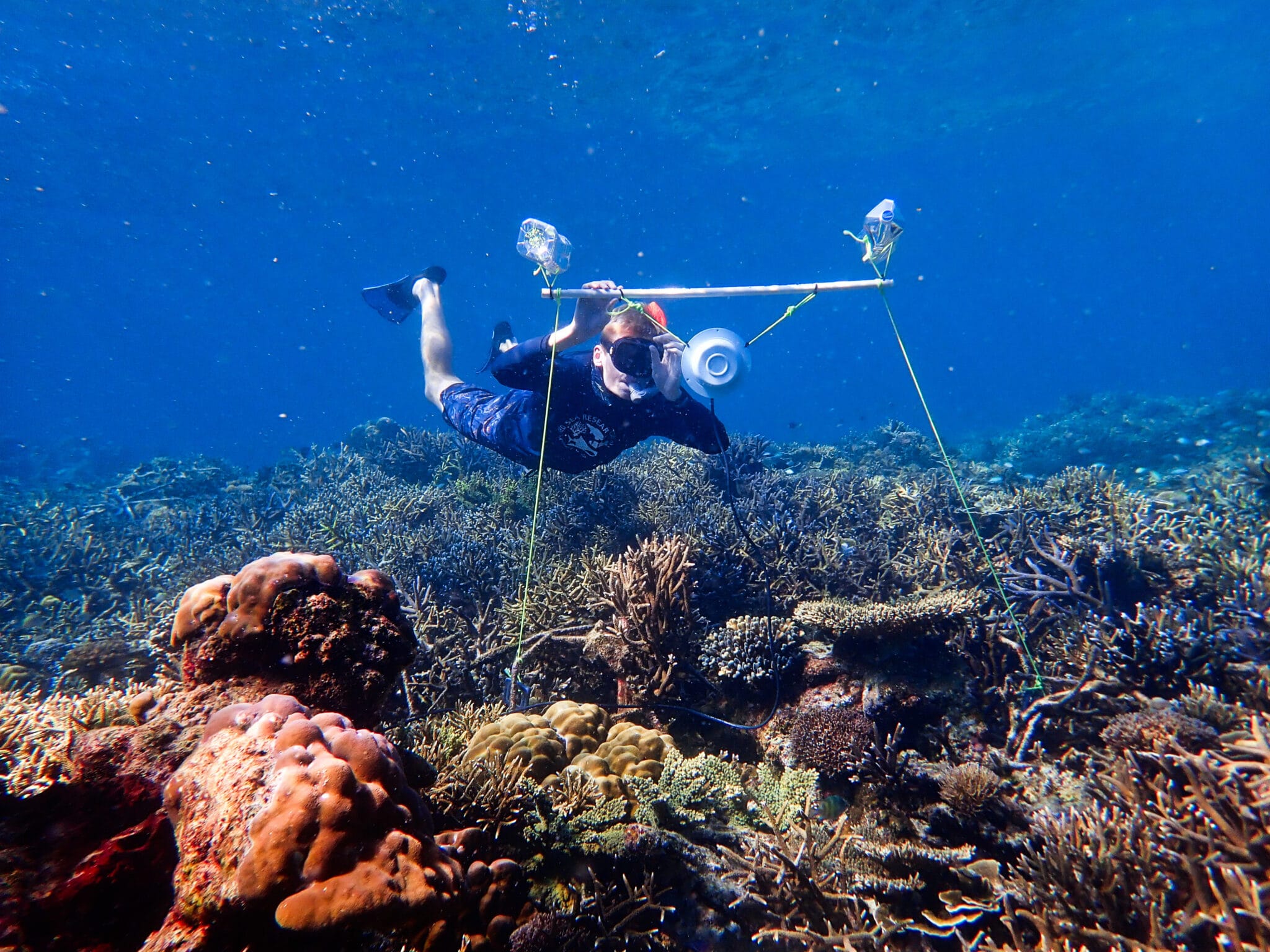 The result? The reef patches that broadcasted the healthy reef sounds attracted double the number of fish as the other patches, and the fish species drawn to them were 50 percent more diverse. That diversity included species from every section of the food web, from plankton eaters to predators, which is important for reef health.

“Reefs become ghostly quiet when they are degraded, as the shrimps and fish disappear, but by using loudspeakers to restore this lost soundscape, we can attract young fish back again,” Simpson said in the press release.

The scientists called this process “acoustic enrichment” and think it could be one tool for helping reef ecosystems recover more quickly.

“Of course, attracting fish to a dead reef won’t bring it back to life automatically, but recovery is underpinned by fish that clean the reef and create space for corals to regrow,” Australian Institute of Marine Science fish biologist and study author Dr. Mark Meekan said in the press release.