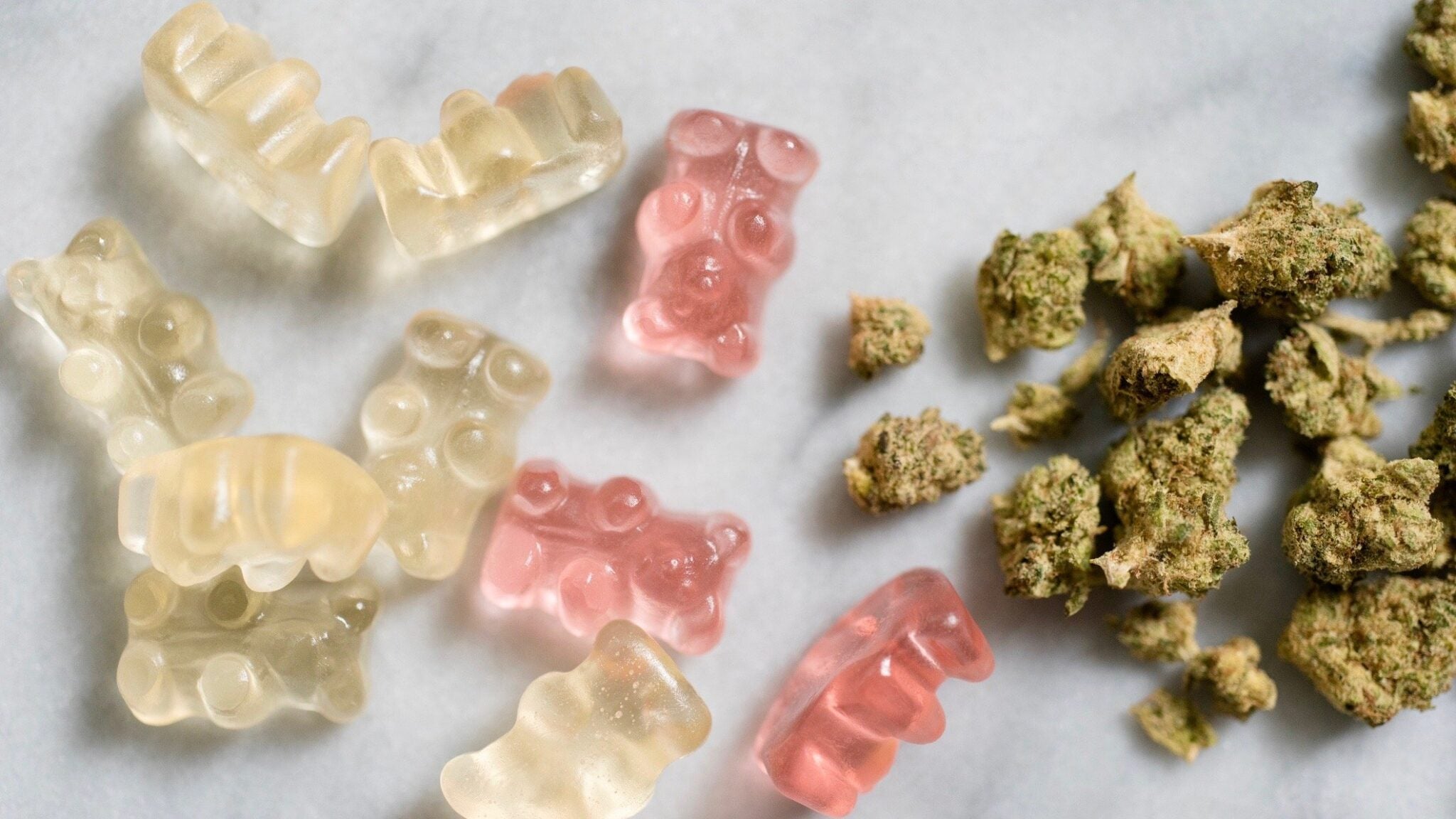 Marijuana edibles like these gummy bears may come with a higher risk than previously thought. Jamie Grill / Getty Images

Consuming marijuana edibles may not be as risk-free as some like to believe, Canadian doctors argue.

There is still much left to be discovered about marijuana and its effects. Cannabis edibles take an average of around four hours longer to produce noticeable effects when compared to inhaled cannabis, which the authors of a commentary titled Health considerations of the legalization of cannabis edibles argue can lead to its overconsumption. Furthermore, the effects of cannabis consumption can last up to eight hours, leading to a much longer period of impairment. These factors create a heightened risk in “cannabis-naïve individuals” like children, older people or pets who may mistake edibles for candy or other food.

Cannabis sativa is a plant that contains more than 80 different naturally occurring compounds called “cannabinoids,” most well-known are cannabidiol (CBD) and tetrahydrocannabinol (THC), according to the U.S. Federal Drug Administration. Marijuana edibles are products containing CBD or THC made for ingestion, which produce a variety of effects depending on the dosage, chemical makeup and individual response to the product.

“Although edibles are commonly viewed as a safer and more desirable alternative to smoked or vaped cannabis, physicians and the public should be aware of several risks related to the use of cannabis edibles,” wrote by physicians Jasleen Grewal and Lawrence Loh in the commentary published in the Canadian Medical Association Journal.

In 2018, the northern nation became the first major world economy to legalize recreational marijuana in what that was likened to the ending of alcohol prohibition in the U.S, reported The New York Times. In October of last year, Canada amended its cannabis regulations to authorize the legal production and sale of cannabis edibles.

In light of these new regulations, the use of marijuana is prevalent. A 2019 National Cannabis Survey found that more than one-in-four respondents in Canada had used cannabis in the previous three months and consumed edibles. By comparison, Reuters reports that one-in-seven American adults reported using marijuana in 2017. However, that proportion went up dramatically for respondents who lived in states where marijuana was completely legal.

As of the beginning of this year, Business Insider reports there are 11 states with both legalized recreational and medical marijuana for adults over the age of 21, and 33 states that allow marijuana for medicinal purposes. However, legislation regarding the distribution, sale, use and growing largely vary between state governments and federal prohibition is still in effect, which means that in the U.S. there little regulatory oversight when it comes to safety regulations and consumer cautions. (Though Forbes reports that there have been congressional moves in recent months to legalize marijuana at a federal level.)

“After legalization of cannabis edibles in Colorado, the state poison control center saw a 70 percent increase in calls for accidental cannabis exposure in children from 2013 to 2017, and studies of health care usage reported more children than adults being treated for ingestion incidents,” write the authors.

The authors argue that information available on edibles can be misleading and may run counter to what evidence suggests. A recent survey by the Canadian Center on Substance Use and Addiction found that younger consumers believe that cannabis edibles have a positive effect on mood, anxiety and sleep. Though the controversial plant has been linked to health benefits for many conditions, long-term consumption is also associated with adverse effects like panic attacks and psychosis.

The authors do not suggest banning marijuana, but instead argue that doctors and consumers should be aware of the effects of marijuana and should follow federal regulations regarding its use.

“Physicians should routinely question patients who ask about cannabis about their use or intended use of edible cannabis products so that they can counsel these patients regarding child safety, potential for accidental overconsumption and delayed effects, and potential for interactions with other substances such as alcohol, benzodiazepines, sleeping aids and opioids,” caution the authors.

Additionally, the authors note that state efforts should continue to monitor cannabis use and continue evaluating the effects of legalized edibles to ensure that regulations are met and the most vulnerable groups are protected.