Iconic Superman Actress Was a Hero for the Environment 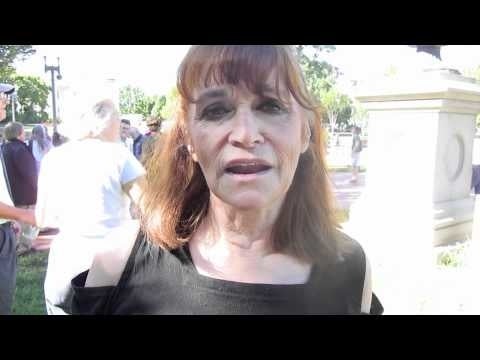 Margot Kidder, the iconic actress who passed away Sunday at age 69, was most famous for playing Lois Lane opposite Christopher Reeve in the Superman films as an intrepid journalist who didn’t let her lack of superpowers stop her from fighting for what she believed in. In real life, Kidder was similarly heroic in her commitment to protecting the environment.

Climate action activist and 350.org founder Bill McKibben took to Twitter Monday to honor her contributions to the movement.

Mourning Margot Kidder who laid it on the line at the outset of the #nokxl fight. H/t @Agent350 https://t.co/gVISz16Mpj

In 2011, Kidder was arrested outside the White House as part of a protest against the Keystone XL pipeline designed to pipe crude oil from the Alberta tar sands to the Gulf Coast of the U.S., The Huffington Post reported.

The movement against the pipeline claimed a victory when President Barack Obama rejected it in 2015, but President Donald Trump reversed that decision upon taking office.

Kidder, who lived in Montana in latter life, protested the pipeline by refusing to leave a White House sidewalk with three other self-described “Montana grandmothers.”

“We’re the first state the pipeline goes through,” Kidder said at the time.

“It’s bound to leak, there’s no way it’s not going to … they always assure us these things are safe, and they never are safe,” Kidder said.

Kidder also spoke out against fracking, lending her voice and face to a video urging people to join her in Washington, DC for a July 2012 protest to Stop the Frack Attack.

In the video, Kidder spoke out against the fossil fuel industry as a whole.

“The problem is not just fracking,” she said. “It’s that the energy companies, oil and gas in particular, have been given pretty much a free reign to do whatever they want, even if that means destroying people’s lives, their livelihood and the planet as we know it.”

At the end of the video, she urged action based on a concern for future generations.

“My grandchildren’s lives are going to be much tougher and much less beautiful than mine was, and so are yours, so join us in trying to save our planet before it’s too late.”

Kidder was born in Canada in the Northwest Territories. In a video explaining her participation in the Keystone XL protest, she mentioned her Canadian upbringing. “This affects me in two ways,” she said, referring to her experience in both Northern Canada and Montana. She became a U.S. citizen in 2005.

She died quietly in her sleep in her home in Livingston, Montana, Variety reported.