Could Mardi Gras’ Most Iconic Accessory Get a Sustainable Makeover? 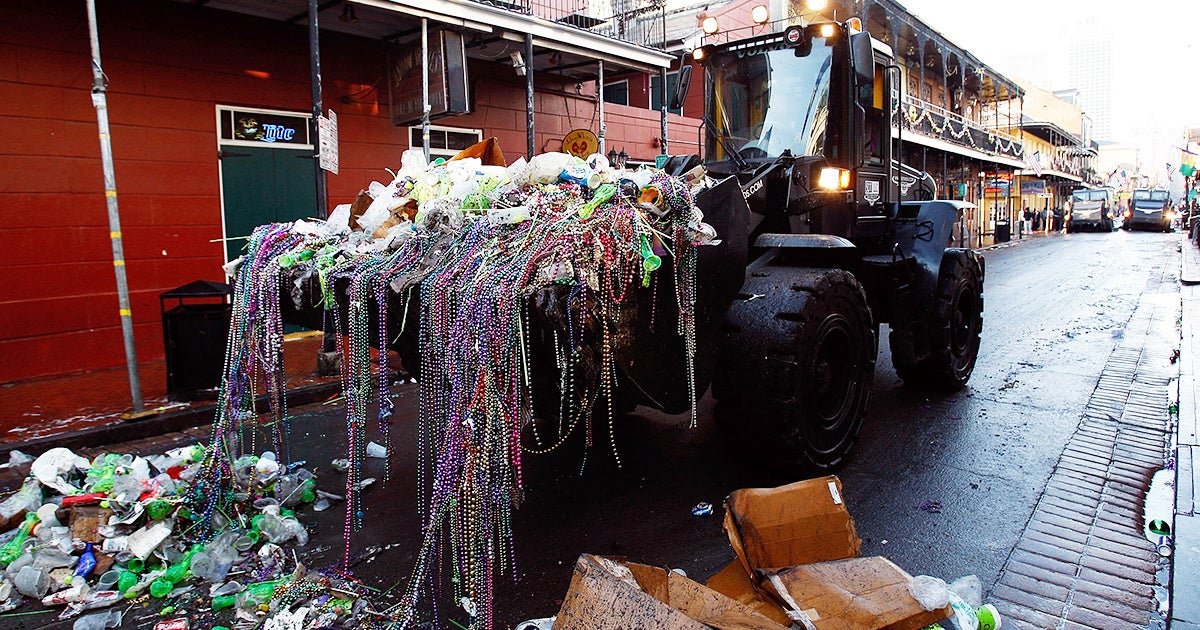 Heavy construction equipment picks up trash from the night before to prepare for Mardi Gras day in the French Quarter on Feb. 24, 2009 in New Orleans. Chris Graythen / Getty Images

Today is the Tuesday before Ash Wednesday, which means it marks the culmination of Mardi Gras festivities in New Orleans. But once the party is over, someone will have to clean up the mess.

Last year, nearly 1,200 tons of trash were collected after the parade, most of which ended up in landfills. But one Louisiana State University (LSU) biologist is working to make sure the holiday’s iconic beads won’t be part of future collections, The Huffington Post reported.

LSU Biological Sciences Professor Naohiro Kato has developed a process for making biodegradable beads and doubloons from algae. Kato harvests a kind of microscopic algae called diatoms and turns it into a powder used to cast beads that will break down in soil after one to two years, LSU explained.

What happens to the plastic Mardi Gras beads once the parades are over is a problem for the city of New Orleans. In 2017, 93,000 pounds of beads were removed from storm drains in its historic downtown, according to The Huffington Post. The city put around 250 filters along gutters this year, but that won’t stop the beads from contributing to the general plastic pollution crisis.

“I believe we can change and do better,” Kato said in a 2018 LSU press release about his work. “We have great resources to make our Mardi Gras celebrations more sustainable and to protect our environment and health.”

Kato came up with the idea for the beads because of a happy accident, as LSU told it:

“My student was supposed to come into the lab three nights in a row to move our test tube samples of algae from the centrifuge to the freezer, but one night he forgot,” Kato said.

The next morning, Kato found a large glob of algae accumulating oils—one of the ingredients used for bioplastic production—on the bottom of the centrifuge.

Kato had recently been at a party where the discussion of making Mardi Gras more sustainable came up, so he immediately thought the alternative plastic could be used for Mardi Gras beads.

The hardest part, Kato told The Huffington Post, is funding the project, since biodegradable beads cost about 10 times more to make than plastic ones.

“Even though it’s technologically possible [to produce these beads], it’s economically impossible,” he said.

To fund the baubles, Kato said he would work with the nutraceutical industry, which markets natural products for supplements and food. Kato said he could isolate the anti-cancer anti-oxidant fucoxanthin from his algae, sell a pound of it for $50,000, and use the byproduct to make the beads.

Kato told The Huffington Post he is working with various parade krewes, the groups that make the floats, to test his beads, which they will hopefully be able to order by 2020. Until then, anyone who really wants to put the green in their Mardi Gras beads can buy paper versions from Atlas Beads and Throw Me Something Green, The Huffington Post recommended.