Why It’s Time We March for the Ocean 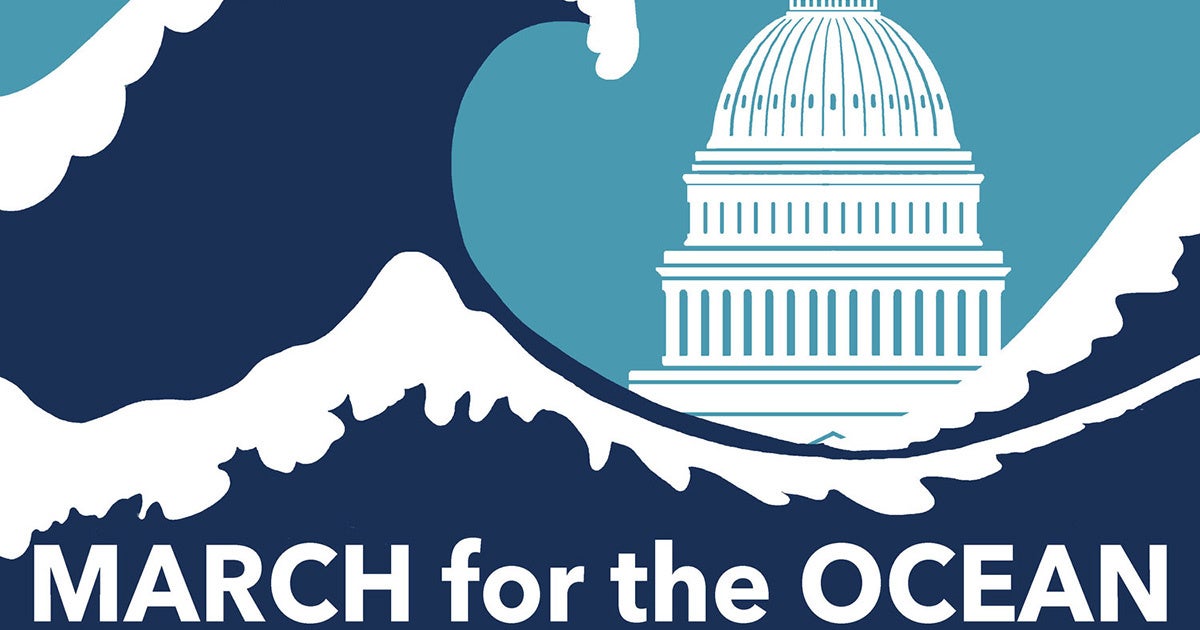 March For The Ocean

We’ve recently seen the remarkable capacity of youth to mobilize and to inspire us with a message of change in their march against gun violence. Theirs is also a generation equipped with technologies not just to connect to each other but to better understand our blue planet in ways unimaginable even a generation ago. These include satellite tagging and following of migratory species such as whales, sharks and tuna and accessing the deep ocean with both autonomous robots and human occupied submersibles that allow us to dive into the history of our Earth.

While more than 500 people have blasted into space only three humans have been to the lowest point of our planet, seven miles down in the Pacific. We’ve mapped less than five percent of our ocean with the resolution we’ve mapped one hundred percent of the moon and mars. And yet what’s the first thing we do when we send a probe to mars in search of life? Look for water.

Even as we’re discovering the wonders of our own water planet however—its contribution to the air we breath, the rain that feeds our crops, the way it regulates our climate and weather—we’re also putting these newly discovered connections at risk through greed, short-term thinking and thoughtless exploitation.

The ocean and all of the life it sustains is under threat from industrial overfishing, plastic and other forms of pollution, loss of vital habitat on and offshore and fossil-fuel fired climate change that is raising sea levels, intensifying hurricanes such as last season’s Harvey, Irma and Maria, even changing the basic chemistry of the seas through ocean acidification.

We know what the solutions are and how to grow them faster than the problems we face. These include transitioning from fossil fuels to job-generating clean energy, reducing and replacing plastic waste in packaging and throwaway products and creating great wilderness reserves or “hope spots” in the ocean to act as an insurance policy for the web of life in a changing ocean. Some nations are stepping up their commitment to our living seas while others including Australia and the U.S. are pulling back from policies that protect ocean systems and all they embrace.

That’s why we, our organizations and a coalition of more than 120 others from conservation, business, science, social justice, youth and student groups, along with public officials from both parties (and independents) will be attending March for the Ocean. This will take place Saturday June 9, World Oceans Day weekend, in Washington DC and other locations around the world. It will be the first ever mobilization on behalf of a healthy ocean and clean water for all. Half a century ago we marched to save the whales. Now we’re marching to save it all.

We’re asking others to join us to Wear Blue and March for the Ocean that day because the fish can’t be there to say what they need to say, the whales can’t be there, the turtles, the ocean, unless it rains—that’s the ocean sending us a message—but we need to speak for those who cannot speak for themselves. And that’s not just the creatures in the ocean, not just the ocean as a whole, but also those of us yet to come. They can’t be there either. But the decisions we make now, the voice that we have now will shape whatever follows—so be there with us, come celebrate, come be a voice!

Sylvia Earle was the first senior scientist for the National Oceanographic and Atmospheric Administration and a National Geographic explorer-in-residence sometimes referred to as ‘Her Deepness.’

David Helvarg is an author and executive director of Blue Frontier Campaign, an ocean conservation and policy group. He is chair of the March for the Ocean Steering Committee.