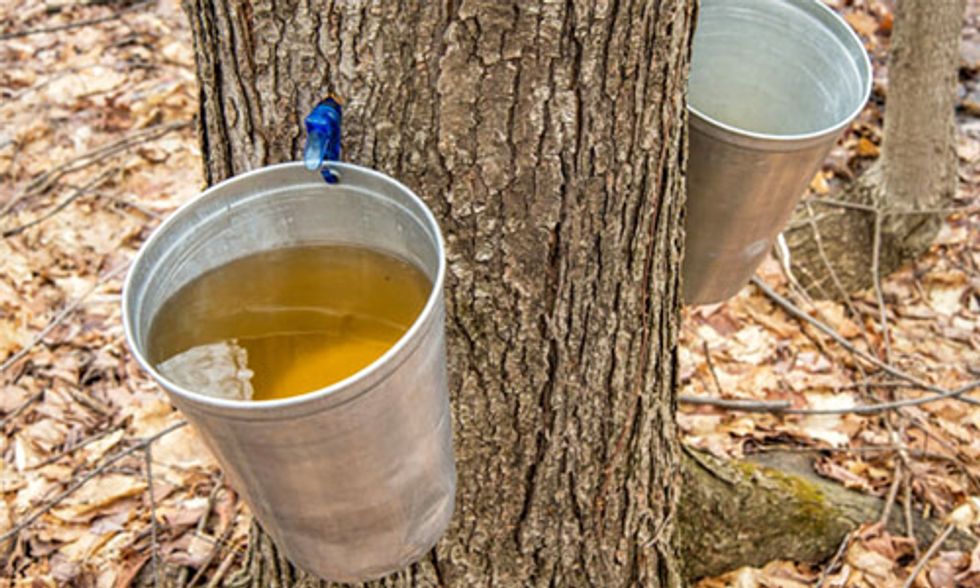 Making maple syrup is weather-dependent and a warming trend in the Northeast is reducing syrup yields.

Six to eight weeks before mature maple trees bud in the spring, maple syrup producers collect sap and then boil it down to make syrup. The whole process relies on flowing sap and that requires temperatures that swing from below freezing nights to above freezing days.

Fadden's Maple Sugarhouse in New Hampshire has been taking advantage of this natural process for more than 100 years.

Fadden: “I have records of my grandfather and my great-grandfather's operation back in the 1930s and '40s and it seemed as though they always started around the first or second week of March."

Fadden's season, however, is now starting at the end of February. He hopes his children and grandchildren will continue the family business on the land that's been in his family for generations, but he's not confident they'll have that chance.

Fadden: “Well, the forecasts that I read about is that I'm going to have the climate of Virginia, right here in New Hampshire."

And that could eventually make it too warm to produce liquid gold in the White Mountains of New Hampshire.