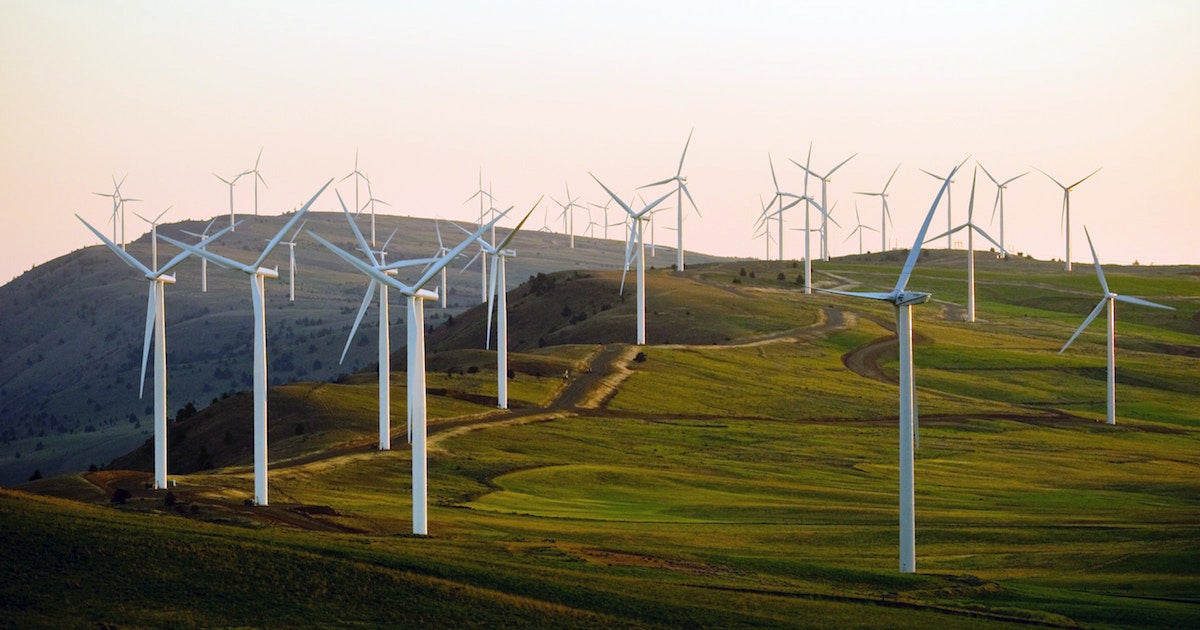 Below, Dr. Mann discusses Scott Pruitt’s attempt to repeal America’s Clean Power Plan and how nothing will stop the transition to clean, renewable energy.

“We predicted this long ago.” Dr. @MichaelEMann on the changing face of extreme weather https://t.co/YFYt4FoLsA #ActOnClimate

Climate Reality: The Trump administration recently announced its intent to repeal the Clean Power Plan. Could you please speak to the importance of emissions regulations in the fight for climate solutions?

Dr. Michael Mann: The Clean Power Plan, first of all, demonstrated good faith on the part of the United States in meeting our obligations to the world community in combatting the climate change problem. It gave us the leverage to achieve a very important bilateral agreement with China a few years ago, by [President] Barack Obama. And, of course, it set the stage for the monumental progress that we saw in Paris. So the U.S. was able to go into those negotiations with quite a bit of credibility because it was demonstrating a willingness to act in a meaningful way on this problem—through the Clean Power Plan, through the Obama era regulations on automobile efficiency and clean energy standards, and incentives for renewable energy.

What we’re seeing right now, it isn’t just the dismantling of the environmental policy success of the last administration, the Obama administration. We are seeing the dismantling of policies that were put in place by both Republican and Democratic administrations over the past half century. It’s unprecedented. It’s catastrophic. It’s, as far as I’m concerned, clearly impeachable. [EPA Administrator] Scott Pruitt has violated the public faith by acting on behalf of polluting interests rather than the people he is supposed to represent.

Climate Reality: Realistically, what sort of regulation at the Federal and State levels do you believe is necessary to effectively mitigate climate change?

Dr. Michael Mann: The irony is that we may well meet our obligations under the Paris treaty, even with the current administration playing an adversarial role. That’s simply because of all of the progress that we are seeing now at the state level, at the municipal level thanks to efforts by folks like Al Gore to really mobilize the American people on this issue.

What they’re really worried about are stranded assets—you know, all of the fossil fuels that they currently have on their bank sheets. So their agenda is to try to extract and sell as much fossil fuels as they can before the inevitable happens—before the global transition that’s underway ultimately leads us away from fossil fuels toward renewable energy.

That transition is happening anyways. We may well meet our obligations under the Paris treaty, even without any support from the administration or from the Congress. That having been said, it makes it tougher, obviously, for us to meet our reduction targets, and it slows down that necessary transition.

#LeadOnClimate: Clean energy is one of the most powerful solutions to the climate crisis. Retweet if you agree with Dr. @MichaelEMann. pic.twitter.com/uKSRNfCVTK

Ironically, it puts the U.S. in a less competitive position. The rest of the world recognizes that the future of our global economy will be in renewable energy. That’s the great economic revolution of this century. And what Trump and those whose agenda he’s advancing are doing is holding us back as the rest of the world moves on, and guaranteeing that we lose out in this economic race.

It’s really misguided on multiple levels. It’s misguided on an environmental level because, ultimately, it means more degradation of the planet. It means increased risks for the American people when it comes to food and water and health and national security. But it also means that we lose out in terms of our international competitiveness as a nation.

We’ll still get there. But it will slow that progress down a bit, much to our detriment—and much to the world’s detriment. Because the fact is, every ton of carbon that we put into the atmosphere does additional damage, and we want to emit as little carbon as we possibly can.

We’re not about to just sit back and let that happen. If you’re ready to act, join us and thousands of others by adding your comment in support of America’s Clean Power Plan.