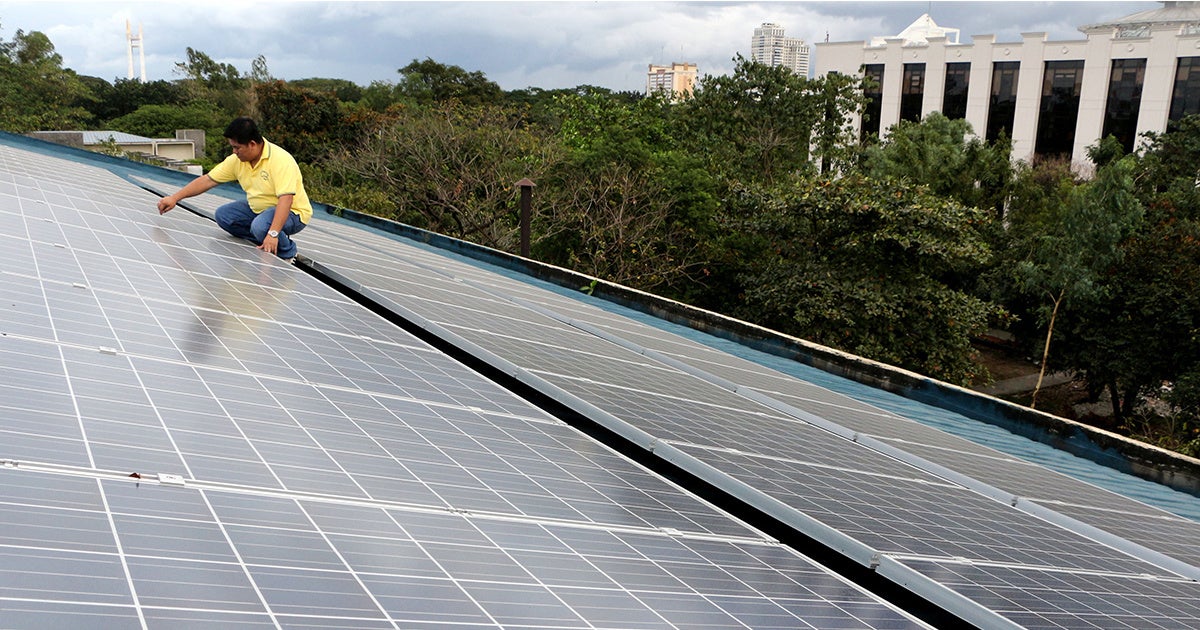 Manila’s new mayor wants to turn the city’s public schools into a living lesson in sustainability.

Mayor Francisco “Isko” Moreno Domagoso unveiled a plan Tuesday to install solar panels and rainwater collectors on the roofs of primary and secondary schools in the Philippines’ capital city, the Manila Bulletin reported. He said the initiative would raise environmental awareness in students.

“If they are seeing these types of facilities, and it can be done since it’s not even rocket science, they will know how to care for the environment,” Domagoso told reporters, according to the Manila Bulletin. “When they would be given the opportunity in the future, they will do the same kapag malalaki na sila.”

Domagoso shared his ideas at a meeting with the Manila City School Board and asked the board to come up with proposals for fulfilling his vision, Inquirer.net reported.

He touted the rain collecting scheme as a way to bolster water security, citing low water levels in the country’s dams.

“Nowadays, we’re having challenges with our water in our dams. While it is true na mayroon naman tayong pag-ulan, we are still in below comfortable water level in our dams,” Domagoso told reporters, according to Inquirer.net. “Having said that, I am now encouraging the board to come up with environmental projects, programs to harness renewable energies.”

Domagoso began his term as mayor in early July after defeating the incumbent mayor Joseph Estrada, the Philippine Star reported.

Early in his term, he promised to support the cleanup efforts of environmental groups and government agencies.

“My presence here is to show you that whatever you’re going to do in the next weeks or months in the City of Manila, either as a government agency or non-government organization, I assure you, you have a friend in the city,” he said in a speech Saturday, as Inquirer.net reported.

He has pledged to expand Manila’s Arroceros Park, known as the city’s “last lung.”

“Cleaning up” Manila was one of Domagoso’s main campaign promises, and he took early action July 2 by booting flea market vendors from the streets in Divisoria, the city’s traditional commercial center, Gulf News reported.

“The syndicate that hold the vendors in Divisoria had offered me P5 million (approximately 0,000) just so they can continue with their activities of using the thoroughfare for their business. I turned it down,” he said, as Gulf News reported. “If Divisoria gets messed up again, then that only means that I had been bribed.”

He has also mandated a cleanup of the city’s waterways.

While the new mayor has earned praise for his efforts, some have raised concerns about whether he can sustain the momentum, and whether he can clear the city of vendor traffic without harming the ability of poorer residents to earn a living, the Philippine Star reported.