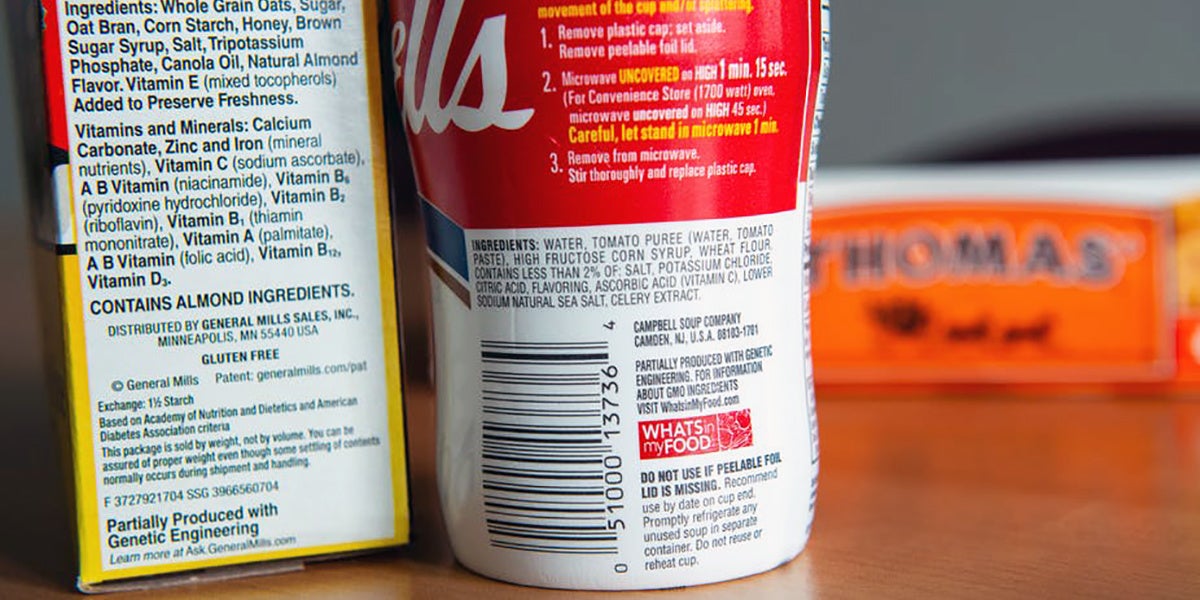 There has been substantial debate over whether mandated labels for genetically engineered foods might increase or decrease consumer aversion toward genetic engineering.

This question is particularly relevant now since comments on proposed rules for implementing a national labeling law are being accepted until July 3. Two years ago, a mandatory Vermont law went in effect.

Mandatory labeling of GE food has been opposed by many scientific organizations, including the American Association for the Advancement of Science. But, a majority of consumers have consistently expressed desires for labeling GE foods.

A primary concern expressed with mandatory labels is that they will signal that GE food is unsafe or harmful to the environment. The opposing view is that labels give consumers a sense of control or improve trust, lowering perceived risk of GE food. Empirical support for these arguments, both for and against labeling, has been mixed. Importantly, they are based on hypothetical studies. That is, people are asked what they think or how they will behave, or they react to mock labels. Until the Vermont law, there were no actual GE labels to use in research on the topic.

Our study, published in Science Advances, aimed to help resolve the debate about the impact of simple disclosure GE labels on consumer support of and opposition to GE food.

The dataset we used measured levels of opposition to GE foods in a national control group compared to levels in Vermont, the only U.S. state to have implemented mandatory labeling of GE foods. Jayson Lusk from Purdue University provided the national data and I provided the Vermont data. In total, 7,800 consumers from 2014 to 2017 were asked to rank their opposition to GE food.

By comparing the responses of Vermonters to what other states’ residents reported, we could estimate the impact of the labeling policy on consumer attitudes after Vermont consumers experienced labels in the marketplace.

Regardless of how we controlled for different variables, such as demographics, the impact of the mandatory labeling policy on consumer opposition to GE technologies in Vermont relative to the rest of the U.S. is significant and negative. That is, opposition to the use of GM technology in food production fell in Vermont, post labeling.

We know of no other U.S. study that determined the impact on consumer attitudes toward the use of GE technologies in food production using U.S. national data from states not requiring GE labels and data from a state where consumers were exposed to mandatory GE labels.

Our study provides evidence that a simple disclosure, one of the suggestions for the standards being developed at the federal level, is not likely to signal to consumers that GE foods are more risky, unsafe or otherwise harmful. In fact, it does the opposite. This national study cannot identify why this change occurred. But, the findings are consistent with some prior research that suggests labels give consumers a sense of control or autonomy.

1. Be honest and open

2. Disclose incentives and conflicts of interest

7. Take the rights of individuals and groups seriously.

Whether simple disclosures on GE labels improve a sense of control, improve trust or operate by some other psychological mechanism is a question we leave to future research.

The proposed national labeling rules put forward simple disclosures as just one of several ways to communicate that foods are produced using GE. The proposed rules also change the wording from genetically engineered (GM, GE, GMO) to bio-engineered (BE).

Our results are based on actual labels seen in the marketplace, which stated “produced or partially produced using genetic engineering.” More research is needed to assess how a change in the vocabulary—from GE or GMO to BE, for instance—to describe genetic engineering, or how alternative ways for communicating GE information on labels will affect consumer attitudes and purchase decisions.