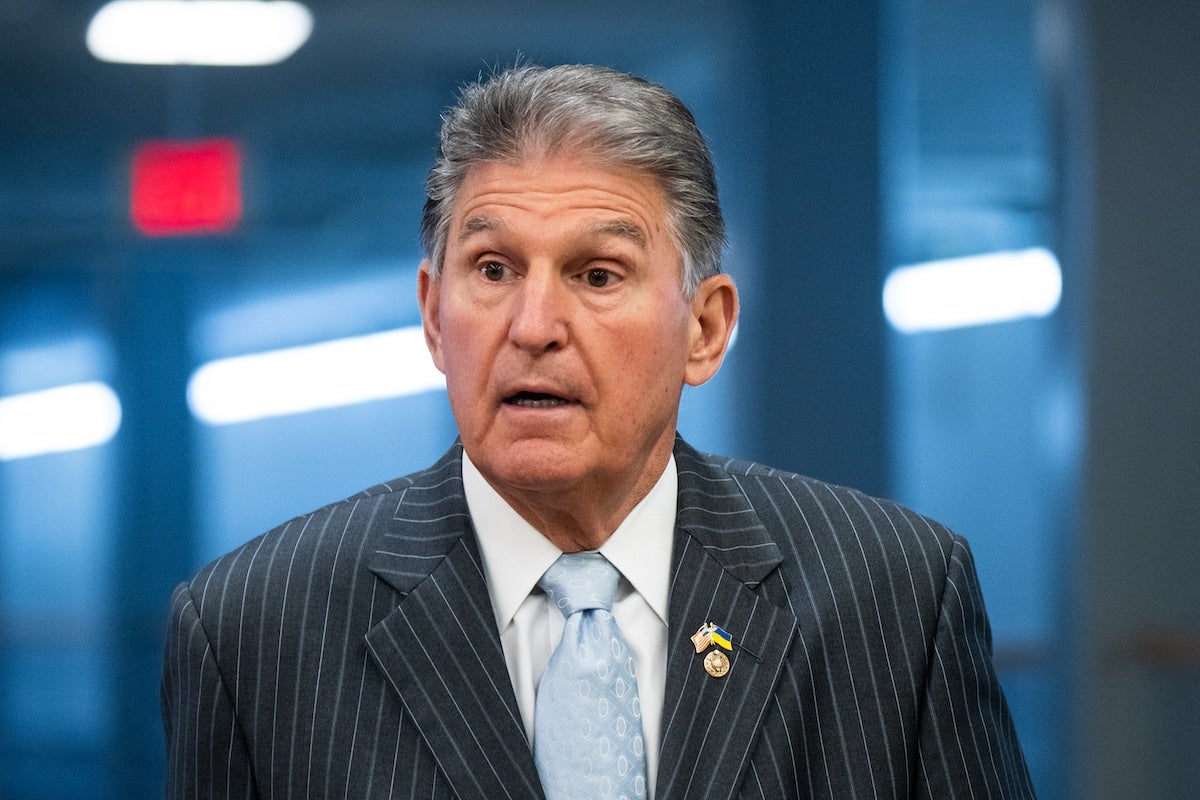 The so-called Manchin side deal that would have fast-tracked energy projects including the controversial Mountain Valley Pipeline has been defeated, for now.

Senate Majority Leader Chuck Schumer (D-N.Y.) had added the permitting reform language to a funding bill that Congress must pass by Friday to prevent a government shutdown, The New York Times explained. Schumer’s actions came in exchange for Senator Joe Manchin’s (D-W.Va.) support of landmark climate bill the Inflation Reduction Act in August. However, Manchin asked Schumer to remove the language Tuesday evening when it became clear it did not have enough votes to pass.

“A failed vote on something as critical as comprehensive permitting reform only serves to embolden leaders like Putin who wish to see America fail,” Manchin said in a statement explaining his decision. “For that reason and my firmly held belief that we should never come to the brink of a government shutdown over politics, I have asked Majority Leader Schumer to remove the permitting language from the Contributing Resolution we will vote on this evening.”

The provisions that Manchin — who receives more money from fossil fuel and pipeline companies than any other U.S. lawmaker — wanted in the bill would have made it easier for the federal government to complete energy projects of all sorts. Some Democrats supported the deal because it would also speed the completion of renewable energy projects, Vox noted, but others opposed provisions limiting environmental reviews to two years and shortening the time frame for legal challenges, since this would make it harder for frontline communities to have a voice. Others argue that no new fossil fuel projects should be fast-tracked in the context of the climate crisis.

The deal also faced opposition because it included language facilitating the completion of the Mountain Valley Pipeline in particular. This pipeline would carry fracked natural gas through more than 300 miles of Virginia and West Virginia and is controversial because of its potential impact on the two states’ environments and local communities. It has faced several legal challenges and already accumulated at least 350 water quality violations.

The side-deal’s legislative defeat was due to an unlikely coalition between left and right. At least two Senators who caucus with the Democrats said they would not vote for the measure: Bernie Sanders (I-Vt.) and Tim Kaine (D-Va.).

“The devastating effects of the climate crisis are here. The short-term profits of the fossil fuel industry are not more important than our planet,” Sanders said in a tweet September 8. “The Senate must reject the dirty side deal to approve a pipeline through West Virginia.”

“Allowing a corporation that is unhappy about losing a case to strip jurisdiction away from the entire court that is [handling] the case is [unprecedented],” Kaine said. “It would open the door for massive abuse and corruption, so I can’t support it.”

Progressives in the House had also spoken out against the permitting language, so attaching it to the Senate funding bill could have also damaged its prospects in the House, according to Vox. However, perhaps the biggest surprise for Manchin was the opposition of Senate Republicans. Because at least Sanders and Kaine said they would vote against it, the measure needed the support of some Republicans to garner the 60 votes needed to clear the Senate. But Senate Minority Leader Mitch McConnell (R-Ky.) encouraged his party to vote against it.

“What I didn’t expect is that Mitch McConnell, my Republican friends would be signing up with Bernie or trying to get the same outcome by not passing permitting reform,” Manchin told Fox News.

In addition to opposition from fellow legislators, Manchin’s deal also faced grassroots pushback. The announcement he was withdrawing the language came the same day that Virginia and West Virginia landowners impacted by the Mountain Valley Pipeline came to DC to protest.

“Polluters have been working hard to silence low-income communities and communities of color, and they’re failing,” Natural Resources Defense Council managing director of government affairs John Bowman said in a statement emailed to EcoWatch. “They’re failing because the community fighting for environmental justice came together to squarely reject this gift to oil and gas companies.”

After Manchin withdrew the language, the funding bill passed the Senate 72 to 23, according to The New York Times. The bill includes some provisions that help frontline communities, including $20 million to help people dealing with the water crisis in Jackson, Mississippi, and $2 billion for communities impacted by extreme weather events in 2021 and 2022.

The fate of Manchin’s deal remains unclear. The Biden administration has said it supports it, and Schumer said he would try to pass it before 2023. However, the communities and climate activists who opposed its inclusion in the budget have vowed to keep fighting.

“We stand ready to oppose any efforts to resurrect the Dirty Deal in a separate bill,” Chesapeake Climate Action Network Action Fund Executive Director Mike Tidwell said in a statement emailed to EcoWatch. “After seven years of trying and perpetually failing to build a destructive, unnecessary pipeline through Southwest Virginia, Senator Manchin and the MVP builders should pack up and go home.”