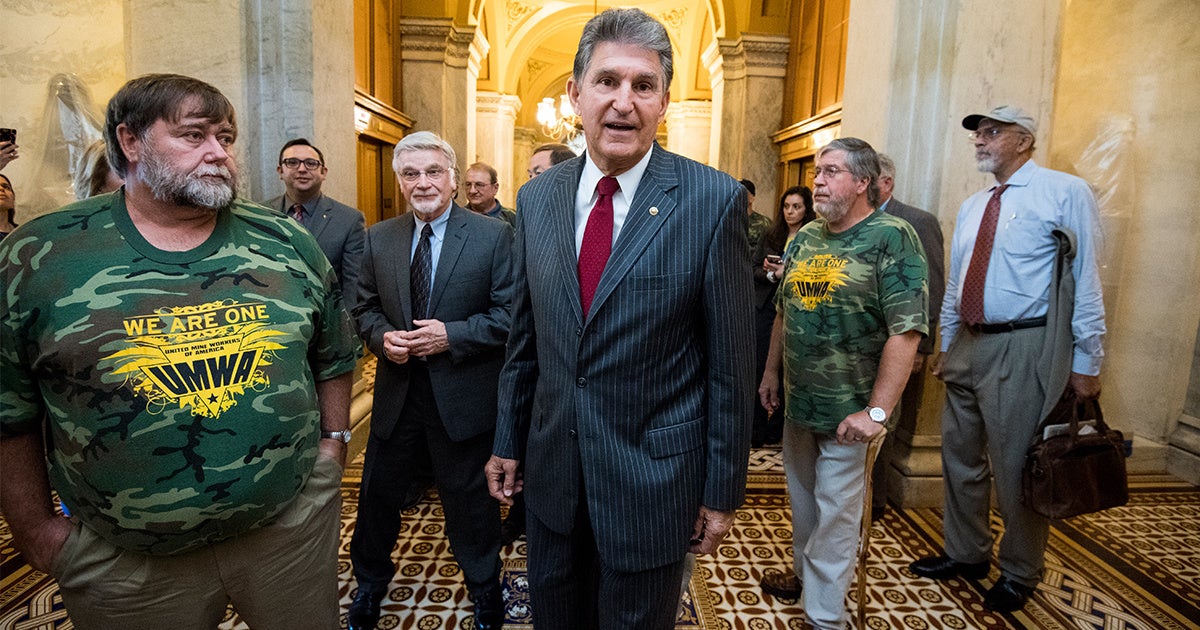 After weeks of discord over the potential appointment, Sen. Joe Manchin, the pro-coal Democrat of West Virginia, was named the ranking member of the Senate Committee on Energy and Natural Resources, Sen. Chuck Schumer announced Tuesday.

Many Democrats and environmental groups were adamantly opposed to Manchin serving as the top Democrat on the committee that oversees policies on climate change, public lands and fossil fuel production.

Following the nod, Manchin said in an online statement he will work with “both sides of the aisle to find common sense solutions for long-term comprehensive energy policy that incorporates an all-of-the-above strategy and ensures our state and our nation are leaders in the energy future.”

Manchin is a rare Democratic lawmaker in deep-red West Virginia, but he has consistently supported the state’s coal miners. West Virginia is the nation’s second-leading producer of coal. He slammed President Obama’s “war on coal” and supported President Trump‘s controversial decision to withdraw from the Paris agreement. The League of Conservation Voters gave him a paltry lifetime score of 45 percent for his environmental voting record.

“Appointing Senator Manchin as ranking member of the Energy Committee is completely at odds with any plan for real climate action,” 350.org executive director May Boeve said in a provided statement. “Manchin has taken every opportunity to put Big Oil before the health and safety of communities and our climate.”

Washington Gov. Jay Inslee, who is a champion of strong climate action and is a potential 2020 presidential candidate, tweeted last week: “Our party must be wholly committed to ending America’s dependence on fossil fuels. Manchin literally shot climate legislation in one of his campaign ads.”

In a 2010 television commercial, Manchin bragged about suing the U.S. Environmental Protection Agency and shot a copy of the Democrats’ cap-and-trade bill.

David Turnbull, the strategic communications director with Oil Change USA, said in an online statement that Manchin has “enjoyed nearly $1 million in campaign contributions from oil, gas and coal interests in his career.”

“If Senator Manchin wants to be taken seriously as someone serious about taking the critical step to move our economy off of fossil fuels, and not someone beholden to the fossil fuel industry, he should take the No Fossil Fuel Money pledge, today,” Turnbull added. “It only makes sense that he promise to reject money from the industry being regulated by the committee he’ll lead for the Democrats. Until he does, we’ll know who he truly answers to.”

Tuesday’s appointment was not a total surprise. The former West Virginia governor has been a member of the committee since he was elected to the Senate in 2010. He is also the ranking chairman of the Subcommittee on Energy.

Representative-elect Alexandria Ocasio-Cortez, the progressive upstart of New York who is leading efforts of the Green New Deal, expressed concerns about Manchin taking the position.

“I have concerns over the senator’s chairmanship just because I do not believe that we should be financed by the industries that we are supposed to be legislating and regulating and touching with our legislation,” Ocasio-Cortez said at press conference held outside the Capitol last month, according to The Intercept.

But last week, Manchin surprisingly voted against Bernard McNamee, a fossil fuel lawyer that President Trump named to the Federal Energy Regulatory Commission. The Senator withdrew his support due to his concerns about McNamee’s stance on climate change. McNamee was ultimately confirmed in a straight party-line vote.

“Climate change is real, humans have made a significant impact, and we have the responsibility and capability to address it urgently,” Manchin said in a statement posted on The Hill after changing his mind about McNamee.