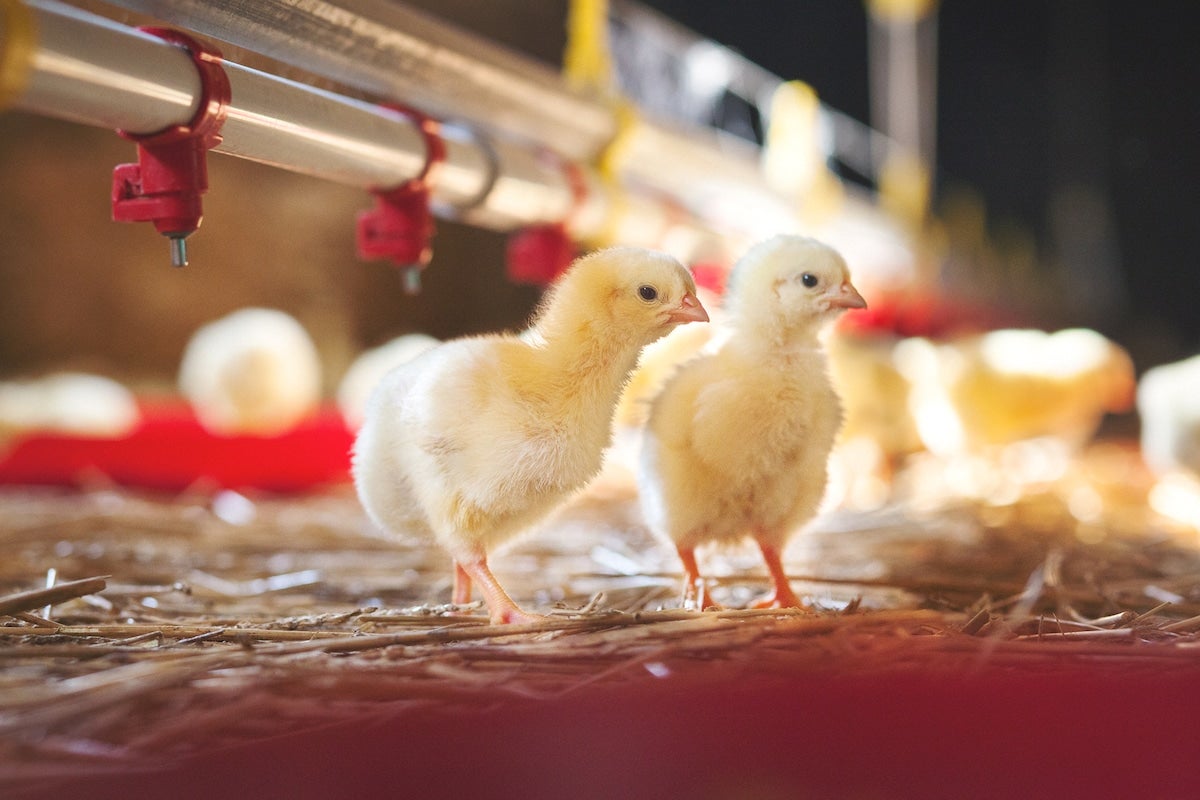 Millions of day-old male chicks are killed around the world each year because they can’t lay eggs or be fattened fast enough to be sold for their meat.

According to Eurogroup for Animals, in Europe this industrial-scale culling results in the gassing or crushing of 330 million male chicks every year. Only a few hours after they hatch, chicks are sorted and the female chicks are sent to farms to lay eggs, while the male chicks are inhumanely killed.

Tens of millions of female ducklings are also killed, because their livers aren’t as desirable as males’ for the production of foie gras, a food made by fattening the liver of a duck or goose by a barbaric force-feeding process.

In the UK, 29 million male chicks are killed by the egg industry each year, according to The Humane League UK.

In the U.S. — the second-biggest egg producer in the world — about 300 million male chicks are culled each year, reported Animal Equality.

“[T]hese baby animals are deemed worthless by the egg industry and are killed using extremely cruel techniques, such as gassing, suffocation, and electrocution. One of the most common methods used is maceration, in which the animals are transferred to a machine called a grinder and are killed by ‘shredding.’ The birds are alive and fully conscious as their bodies are ground up,” the Animal Equality website said.

Farmers have the ability to put an end to the mass culling of male chicks by using breeding technology already being used in Germany and France, but breeding companies and farmers have said retailers in the UK are trying to prevent this, reported The Guardian.

According to breeding companies, supermarkets in the UK don’t want to sell eggs from sources that don’t practice the killing of male chicks.

Procedures to find out the sex of a chick during the 21-day incubation period while it’s still in the egg include scanning eggs using MRI technology and in-ovo sexing.

Carmen Uphoff, chief operating officer of Respeggt, a German company with a patented method of identifying the sex of a chick before it’s hatched in order to prevent the hatching of male chicks, said their company has been attempting to get into the UK market, but has been unsuccessful.

“Retail will say there is no consumer demand, then the hatcheries and packing centres will say there is no demand from retailers and it goes around in circles,” Uphoff said, as The Guardian reported. “We are trying to talk to everyone, but the trouble with the UK is people are not aware [of where eggs come from]. We are trying to adopt different strategies and enter in a small way to learn how the UK works.”

Uphoff said retailers won’t even introduce the alternative eggs because many UK consumers aren’t aware of what they’ve been buying.

“I have suggested starting with just one brand that is ‘free of chick culling’ on the shelves but, again, the response is that the customer will realise all the other eggs are ‘with chick culling,’ and they wouldn’t have known that before,” said Uphoff, as reported by The Guardian.

There is only one business in the UK currently selling laying chickens that came from eggs using the technology by Respeggt, a family-owned operation called Piggotts Poultry Breeders.

Owner Richard Piggott said any short-term changes would need to be instigated by people writing to retailers and their members of parliament.

A coalition of 18 NGOs in Europe have demanded that culling stop and have urged EU agriculture ministers to support the prohibition of the practice, Eurogroup for Animals said.

Citizens of the EU can contact their agriculture minister to encourage them to support a ban on culling at https://www.stopgrindingandgassing.eu/.