The Maldives Is Building a Floating City 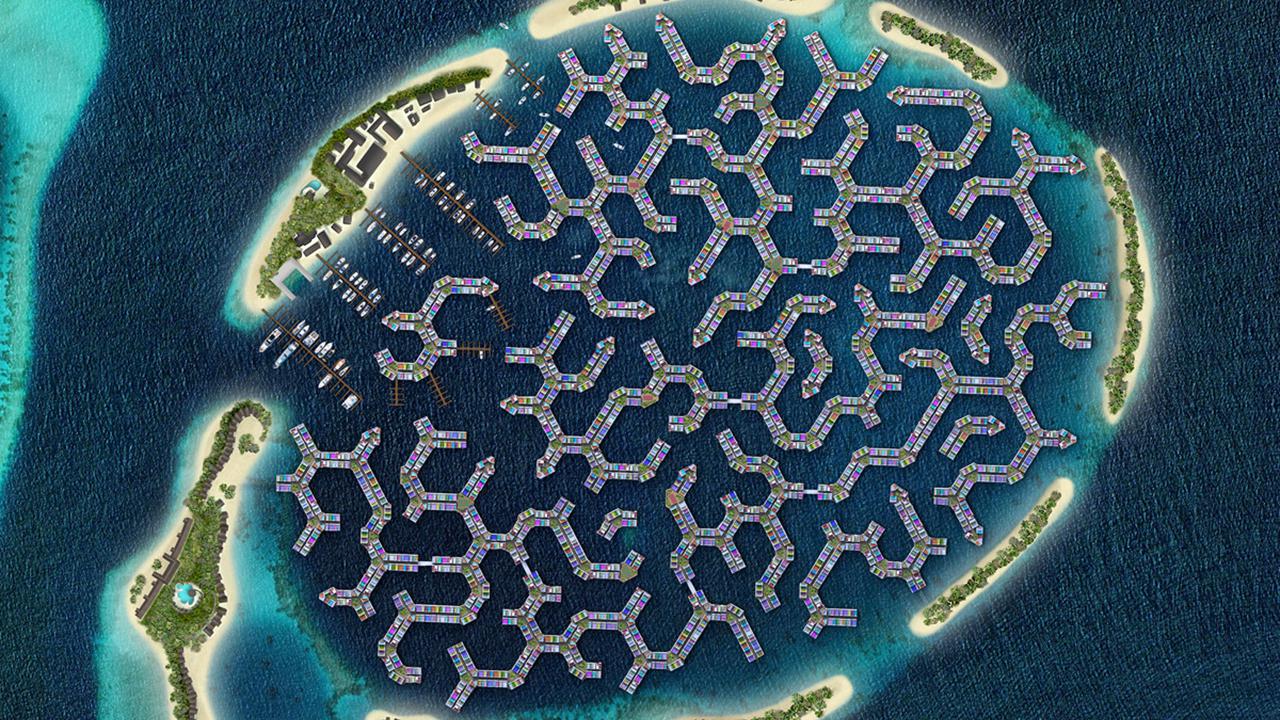 The atoll nation of Maldives is creating an innovative floating city that mitigates the effects of climate change and stays on top of rising sea levels.

The Maldives Floating City is designed by Netherlands-based Dutch Docklands and will feature thousands of waterfront residences and services floating along a flexible, functional grid across a 200-hectare lagoon.

Such a development is particularly vital for countries such as Maldives – an archipelago of 25 low-lying coral atolls in the Indian Ocean that is also the lowest-lying nation in the world. 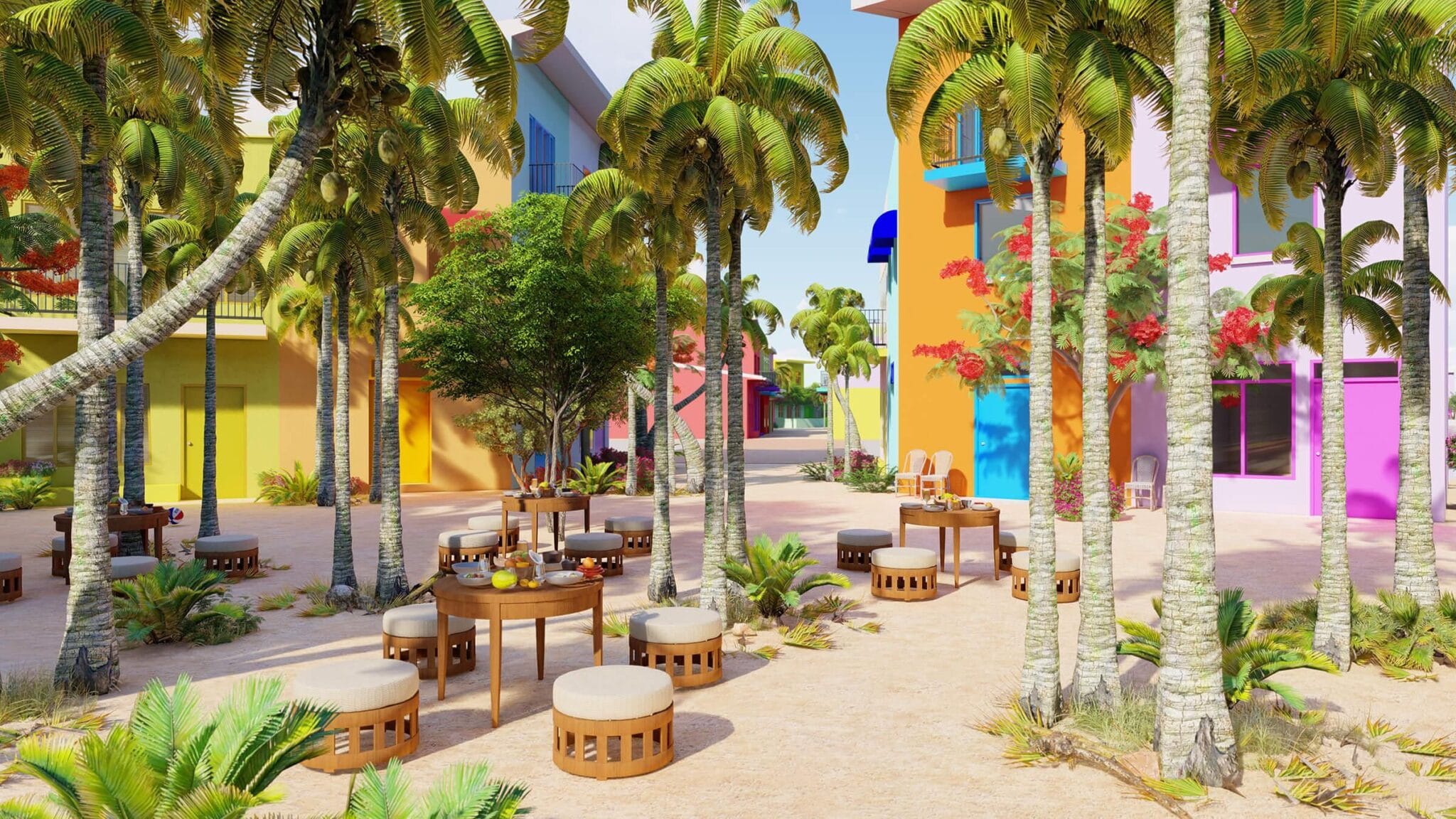 More than 80% of the country’s land area lies at less than one meter above sea level – meaning rising sea levels and coastal erosion pose a threat to its very existence.

Developed with the Maldives government, the first-of-its kind “island city” will be based in a warm-water lagoon just 10 minutes by boat from the capital Male and its international airport.

Dutch Docklands worked with urban planning and architecture firm Waterstudio, which is developing floating social housing in the Netherlands, to create a water-based urban grid built to evolve with the changing needs of the country.

Maldives thrives on tourism and the same coral reefs that attract holidaymakers also provide the inspiration for much of the development. The hexagon-shaped floating segments are, in part, modeled on the distinctive geometry of local coral.

These are connected to a ring of barrier islands, which act as breakers below the water, thereby lessening the impact of lagoon waves and stabilizing structures on the surface

.”The Maldives Floating City does not require any land reclamation, therefore has a minimal impact on the coral reefs,” says Mohamed Nasheed, former president of the Maldives, speaker of parliament and Climate Vulnerable Forum Ambassador for Ambition.

“What’s more, giant new reefs will be grown to act as water breakers. Our adaptation to climate change mustn’t destroy nature but work with it, as the Maldives Floating City proposes. In the Maldives, we cannot stop the waves, but we can rise with them.” 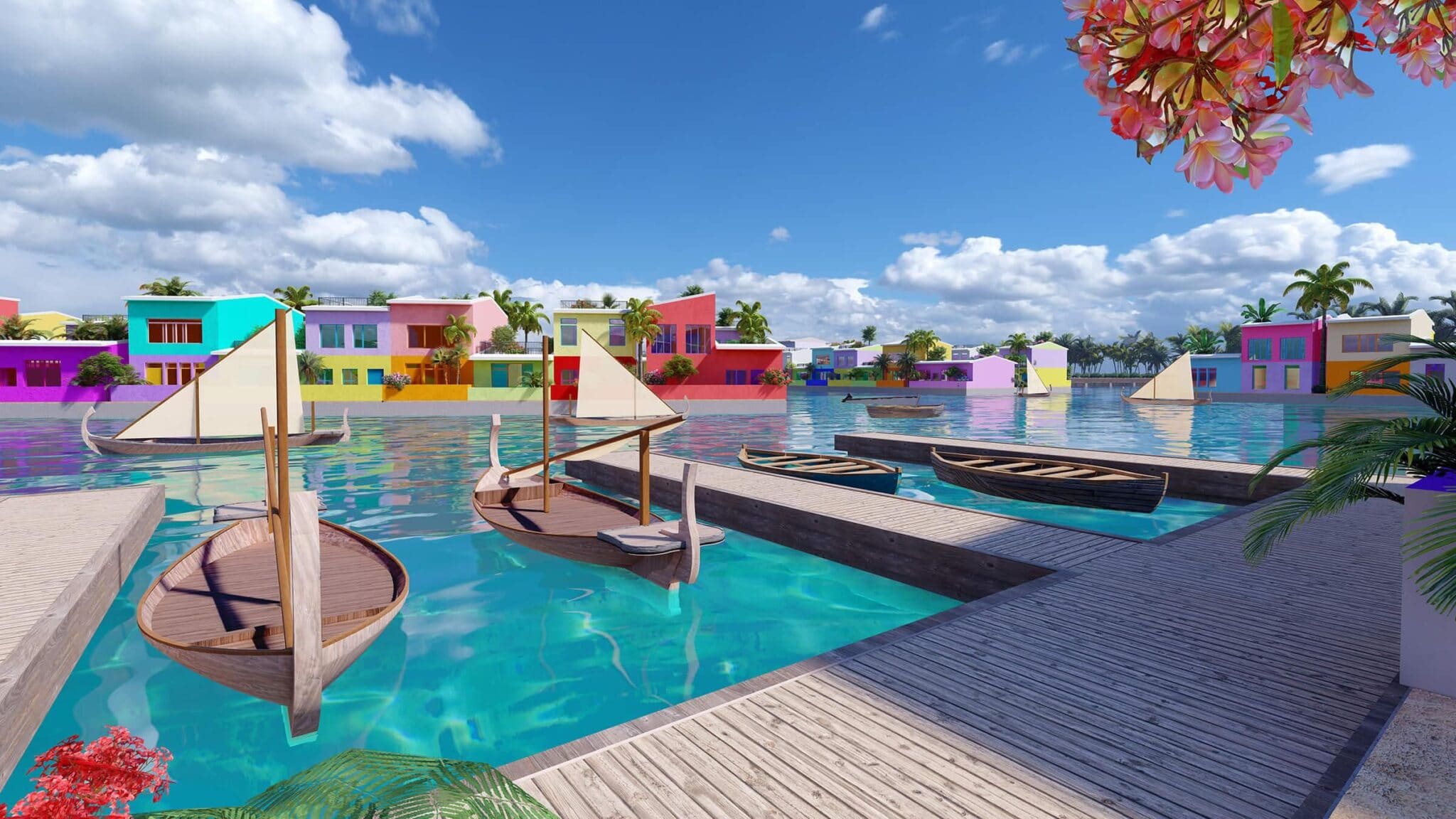 The islands’ seafaring past also influenced the design of the buildings, which will all be low-rise and face the sea.

A network of bridges, canals and docks will provide access across the various segments and connect shops, homes and services across the lagoon.

Construction is due to start in 2022 and the development will be completed in phases over the next five years – with a hospital and school eventually being built.

Renewable energy will power the city through a smart grid and homes will be priced from $250,000 in a bid to attract a wide range of buyers including local fishermen, who have called the area home for centuries. 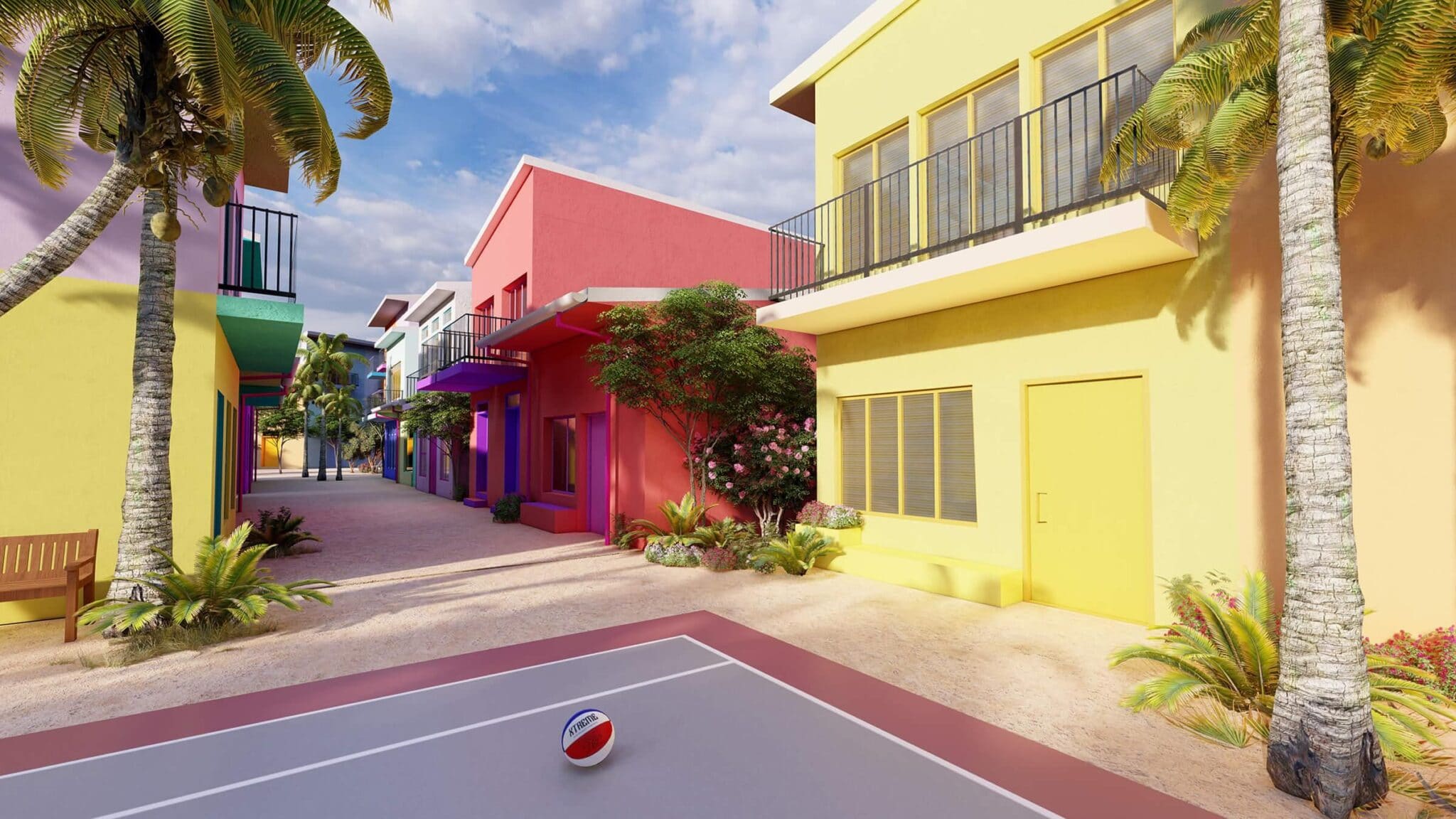 In March, the UN’s World Meteorological Organization (WMO) warned that oceans were under threat like never before and emphasized the increasing risk of rising sea levels.

Around 40% of the global population live within 100 kilometers of the coast.

WMO Secretary-General Professor Petteri Taalas said there was an “urgent need” to protect communities from coastal hazards, such as waves, storm surge and sea level rise via multi-hazard warning systems and forecasting.

Atoll nations are even more at risk than other island-based countries, with the Maldives one of just a handful – alongside Kiribati, Tuvalu and the Marshall Islands in the Pacific – that have built societies on the coral-and-sand rims of sunken volcanoes.

So-called king tides – which can wash over parts of habitable land – and the storms that drive them are getting higher and more intense due to climate change.

The World Economic Forum, Friends of Ocean Action and the UN Secretary-General’s Special Envoy for the Ocean will explore how to take bold action for a healthy, resilient and thriving seas during the Virtual Ocean Dialogues 2021 on 25-26 May.

The online event will focus on the vital importance of mainstreaming the ocean in global environment-focused forums and summits – from climate and biodiversity, to food and science.