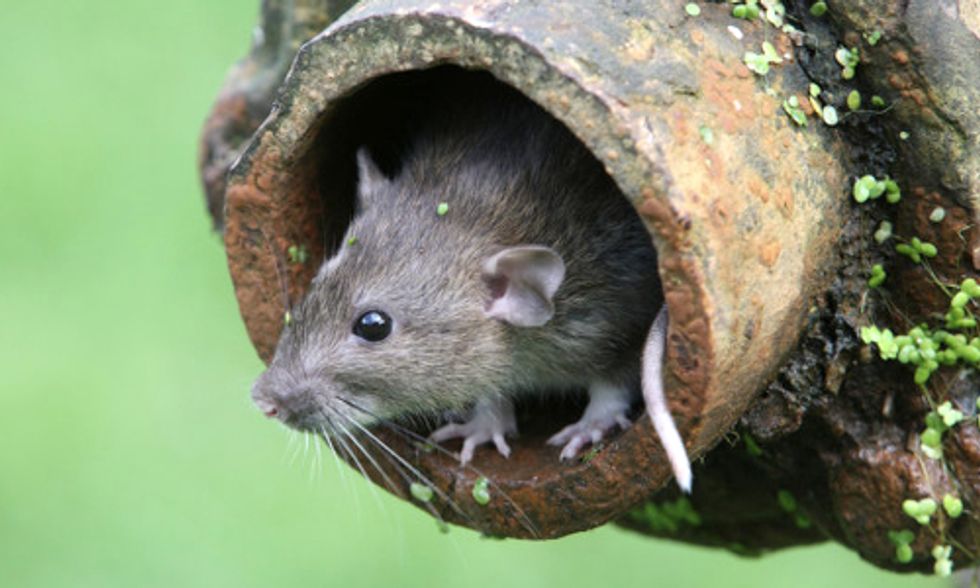 The makers of d-CON products have filed a lawsuit challenging a California effort to limit the sale of super-toxic rat poisons to licensed specialists. The state’s new restriction on retail sales of second-generation anticoagulant rodenticides, due to take effect July 1, seeks to protect wildlife and pets from accidental poisoning. Poisonings have been documented in at least 25 species of wild animals in California, including mountain lions, hawks, endangered San Joaquin kit foxes and northern spotted owls, as well as numerous cats and dogs.

d-CON is a slow-acting poison, meant to be eaten over several days by rats and mice, causing the toxins to accumulate at many times the lethal dose in their tissues, poisoning predators that eat the rodents. Photo credit: iStock photo

Anticoagulant rodenticides interfere with blood clotting, resulting in uncontrollable bleeding that leads to death. Second-generation anticoagulants—including the compounds brodifacoum, bromadiolone, difethialone and difenacoum—are especially hazardous and persist for a long time in body tissues. These slow-acting poisons are often eaten for several days by rats and mice, causing the toxins to accumulate at many times the lethal dose in their tissues, poisoning predators that eat the weakened rodents.

The regulations from the California Department of Pesticide Regulation target products sold to the general public in retail outlets and limits super-toxic rodenticide use beyond 50 feet of manmade structures. These super-toxic poisons—called second-generation anticoagulant rodenticides—will still be available for widespread use by licensed commercial and agricultural pest-control operators.

“Reckitt Benckiser knows that California’s bold decision to take d-CON off the shelves is a preview of things to come in other states,” said Greg Loarie, an attorney with Earthjustice. “Reckitt is fighting hard to hold on to the past, but the corporation should know that we’re prepared to do whatever it takes to make sure d-CON does not become the DDT of our time.”

Reckitt Benckiser is the parent company of d-CON and is also currently challenging a decision by the U.S. Environmental Protection Agency (EPA) to limit the sale of super-toxic rat poison without tamper-resistant packaging to avoid unintentional poisonings of children.

Studies have documented second-generation anticoagulants in more than 70 percent of wildlife tested, including eagles, hawks, owls, foxes, bobcats and mountain lions. Over a 10-year period rodenticides caused, on average, more than 160 severe poisonings of pets annually. According to data from the EPA, each year up to 10,000 children are accidentally exposed to rat poison in their homes.

“So much for corporate responsibility,” said Jason Rylander, senior attorney with Defenders of Wildlife. “Now that both EPA and the state of California have moved to curb the use of d-Con and other risky poisons, Reckitt Benckiser needs to do the right thing and stop fighting measures that could save kids and protect wildlife.”

Conservation groups have called on retailers to stop selling d-CON products that the EPA has labeled too hazardous for public use. Reckitt Benckiser is the parent company for a range of other consumer products including French’s mustard, Clearasil, Durex, Woolite and Lysol.

“We urge people to boycott all Reckitt-Benckiser products,” said Lisa Owens Viani, director of Raptors Are the Solution. “This company couldn’t care less about children, pets and wildlife and we urge the public to let them know that this is unacceptable.”

Along with its recent challenge of the EPA’s proposal to require tamper-resistant packaging to protect children, Reckitt Benckiser has repeatedly fought attempts by regulators to limit unintentional poisonings. The Environmental Protection Agency initially proposed protections for children and pets from rat poisons as early as 1998, but withdrew that proposal in the face of industry opposition. Ten years later, in 2008, the EPA moved forward with restrictions that have been repeatedly challenged by Reckitt Benckiser.

“The lingering effects of the rat poison wreak havoc up the food chain, impacting endangered species such as the San Joaquin Kit Fox, and Reckitt Benckiser's intransigence is calculated to make its environmentally devastating product linger on the market," said Andrew Christie, director of the Sierra Club's Santa Lucia Chapter.

Safe alternatives to rat poison can be used to address rodent outbreaks in homes and rural areas. Effective measures include rodent-proofing of homes and farms by sealing cracks and crevices and eliminating food sources; providing owl boxes to encourage natural predation; and utilizing traps that don’t involve these highly toxic chemicals. For more information visit SafeRodentControl.org.