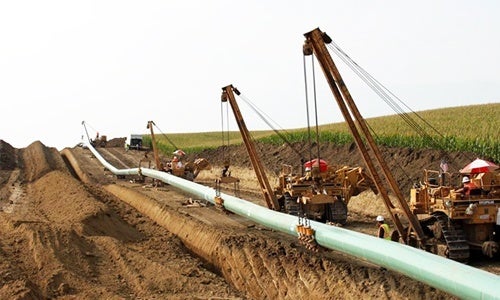 In a move that environmental activists and local landowners hope puts another nail in the Keystone XL coffin, pipeline giant TransCanada announced Tuesday it will withdraw lawsuits seeking to gain access to the property of landowners who oppose the project. 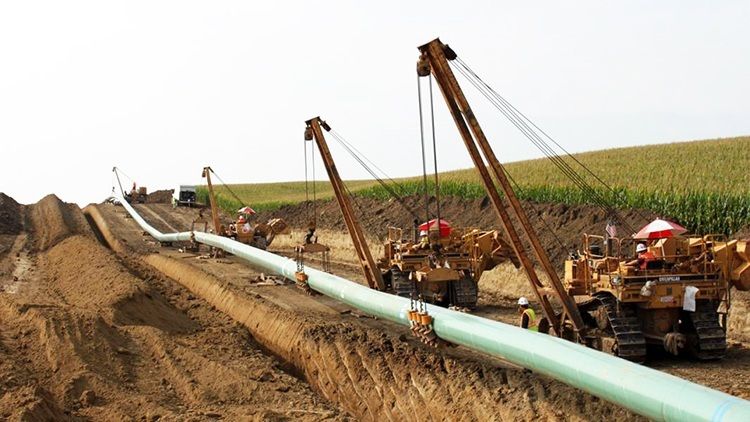 The pipeline giant said it was switching course and would file an application with the Nebraska Public Service Commission (PSC) to seek approval for the Keystone XL route through the state—an approach it previously tried to avoid. Photo credit: netnebraska.org

Jane Kleeb, director of the advocacy group Bold Nebraska, called the decision “a major victory for Nebraska landowners who refused to back down in the face of bullying by a foreign oil company.”

In a press statement on Wednesday, the pipeline giant said it was switching course and would file an application with the Nebraska Public Service Commission (PSC) to seek approval for the Keystone XL route through the state—an approach it previously tried to avoid. The company said it is withdrawing its current eminent domain actions and is taking steps to terminate constitutional court proceedings in Holt County, Nebraska.

“After careful review, we believe that going through the PSC process is the clearest path to achieving route certainty for the Keystone XL Project in Nebraska,” stated Russ Girling, TransCanada’s president and chief executive officer. “It ultimately saves time, reduces conflict with those who oppose the project and sets clear rules for approval of the route.”

But others said the development spells doom for the controversial pipeline project.

As Canada’s Globe and Mail reports:

“The Canadian pipeline company that has been seeking U.S. approvals for the $8-billion pipeline for the past seven years said the new strategy is about avoiding a lengthy legal process in the Midwest state. However, opponents of the project said it was a clear signal the company—now laying off staff—needs to reduce its legal costs and is acting ‘desperately’ as it becomes less likely the pipeline will be approved while Barack Obama remains U.S. President.”

“Last week TransCanada announced it will cut a fifth of its senior leadership positions and will soon begin laying off some of its rank-and-file employees. It cited low oil prices and regulatory delays stemming from environmental opposition to some of its projects as factors.”

And the Wall Street Journal wrote that TransCanada is “trying to tap the brakes on the review process, hoping that by 2017 a potential Republican administration would approve the project or opposition to it would simmer down.”

On Twitter, Bold Nebraska’s Kleeb put it another way:

https://twitter.com/janekleeb/status/648981009296453632ith the U.S. potentially closing the door on Keystone XL, the industry will have to find another way,” he wrote. “Otherwise, less oil will be flowing from Canada’s oil sands.”