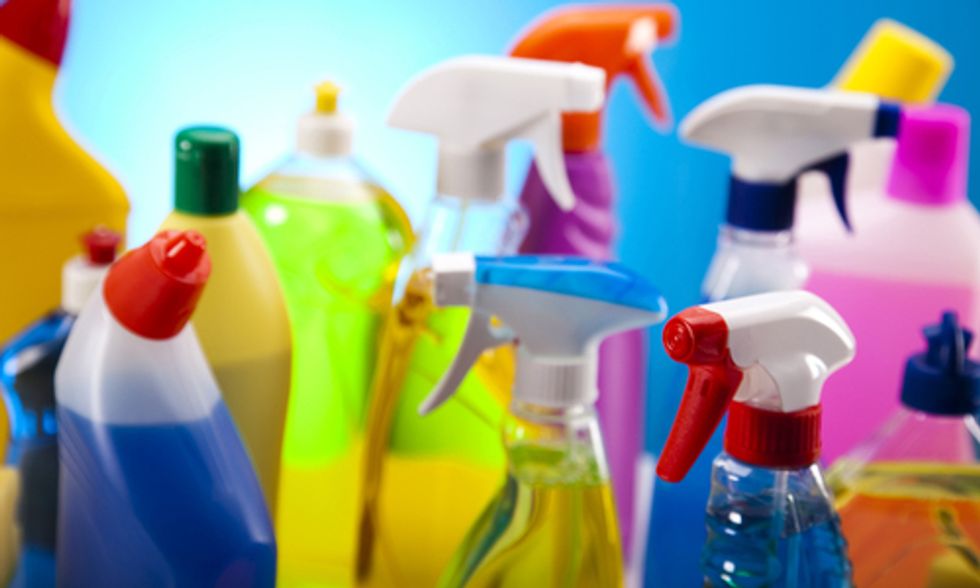 Opponents of the Senate’s Vitter-Udall chemical legislation introduced last week point to numerous flaws in the bill. Perhaps the most contentiously debated part is something called “preemption” which would slow or stop states from acting to control harmful chemicals. Just a few days after introduction of the bill, two state attorneys general are already speaking out.

The Vitter bill “strays far from a bill that can adequately protect our citizens from the potential risks that may be posed by certain toxic chemicals in commerce,” says Massachusetts Attorneys General Maura Healey.
Photo credit: Shutterstock

Preemption is chemical lobby priority numero uno because only the states in recent years have managed to make headway in controlling some of the worst toxic chemicals. It’s why the chemical lobby rushed to endorse the bill.

According to our friends at SAFER States, more than 150 state policies have been enacted to protect citizens from harmful chemicals. States have made critical progress to:

So it’s not surprising that state attorneys general are coming forward to warn that the bill will limit the ability of states to take action.

On March 5, the California attorney general’s general counsel was the first to weigh in with a detailed critique. Among his concerns is a “regulatory void” that would be created under the bill because it stops state action once the U.S. Environmental Protection Agency begins a slow motion process of up to seven years to control a dangerous chemical. One has to imagine somewhere, a room of chemical lobbyists has got champagne on ice in anticipation of a seven year pass to do what they will.

States, who also do most of the toxics enforcement in this country, would be barred from passing laws identical to rules at the federal level. Our national director, Andy Igrejas, called that provision “a blatant attempt to reduce enforcement.”

This week, the Massachusetts attorneys general weighed in too, saying the Vitter bill “strays far from a bill that can adequately protect our citizens from the potential risks that may be posed  by certain toxic chemicals in commerce.”  The AG, Maura Healey, went on to say that while she supports federal chemical policy reform, the effort “cannot compromise the ability of states like Massachusetts to use our agencies’ expertise and experience to address the potential public health risks posed by some chemicals.”

I’m just scratching the surface of the state rollbacks. Our friends at the Environmental Health Strategy Center have put together a detailed chart. For more on the weaknesses of the bill, read our recent blog packed with detail.

You can also watch this Rachel Maddow Show segment, Chemical Lobbyist Exposed as Author of New Bill to Regulate Industry, for more information on this issue: