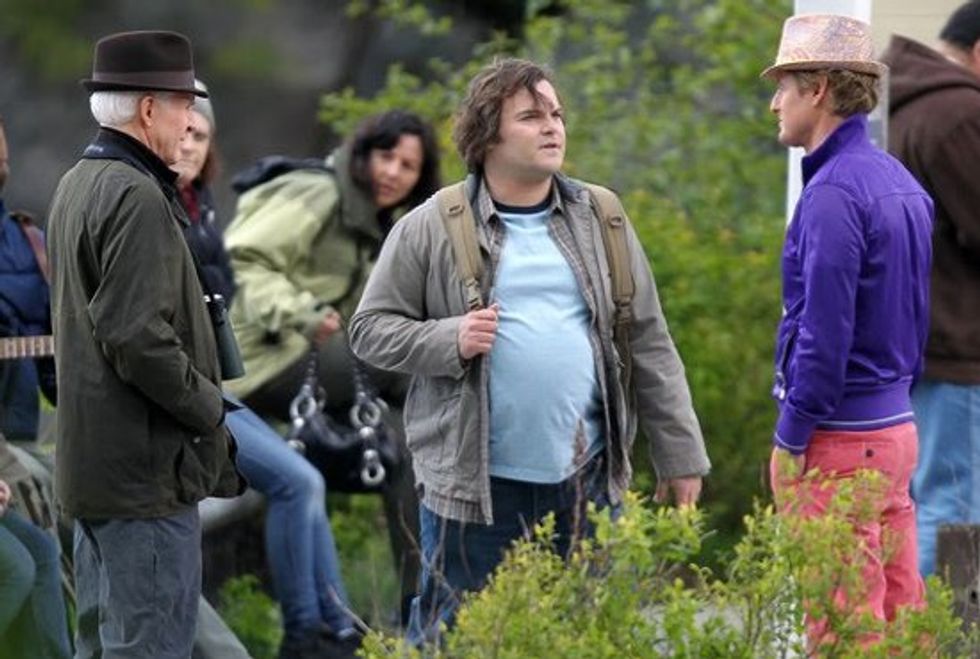 It’s going to be a big day for birds and Audubon—the country’s leading bird conservation organization—when 20th Century Fox releases The Big Year in theaters on Friday, Oct. 14. The new movie, starring Steve Martin, Owen Wilson and Jack Black, was directed by David Frankel (The Devil Wears Prada, Marley & Me) and is set within the little-known world of competitive birdwatching. Audubon expects the movie to awaken new audiences to the amazing world of birds.

“We are thrilled the birds are getting their first starring role in a major Hollywood film since Hitchcock,” said Audubon President and CEO David Yarnold. “The film tells an entertaining story, and its stars capture the enthusiasm that birds inspire in nearly 50 million Americans.”

Audubon was involved in the making of The Big Year, providing creative and educational materials and support to the production, as well as placement of branded items like its popular Audubon magazine. Audubon is also launching a groundbreaking social media campaign on Oct. 10, which will encourage participants to scour the Internet for birds. Audubon expects the movie and the campaign to spark a renewed appreciation for birds and nature.

“Birds play an important part in our lives,” Yarnold added. “A bird is our most enduring national symbol and birding as a hobby is second only to gardening in popularity among Americans. As we were reminded during the most recent Gulf Oil Spill, we can tell the health of any natural place by the health of the birds that are there.”

The film release will heighten interest in Audubon and its activities, providing a great opportunity for people to find out more about this popular organization, which serves to connect people with birds and nature. Audubon members come from every walk of life and demographic, and with nearly 500 Audubon chapters nationwide, it is easy to get into birding.

In The Big Year, based on the book of the same name by Mark Obmascik, an extraordinary race becomes a transformative journey for wealthy industrialist Stu (Martin), computer code-writer Brad (Black) and successful contractor Kenny (Wilson), who race across the continent on a Big Year, a whirlwind competition to see who can observe the most species of birds in North American within one calendar year.

Audubon’s roots lie in the thrill of competing to collect birds. In the late 19th century, hunters would gather around the holidays to compete over who could shoot the most birds. In 1900, Audubon ornithologist Frank Chapman challenged people to count birds instead of killing them, starting the Christmas Bird Count, and helping to spawn the concept now known as a Big Year.

Now in its second century, Audubon connects people with birds, nature and the environment that supports us all. Our national network of community-based nature centers, chapters, scientific, education, and advocacy programs engages millions of people from all walks of life in conservation action to protect and restore the natural world. Visit Audubon online at www.audubon.org.