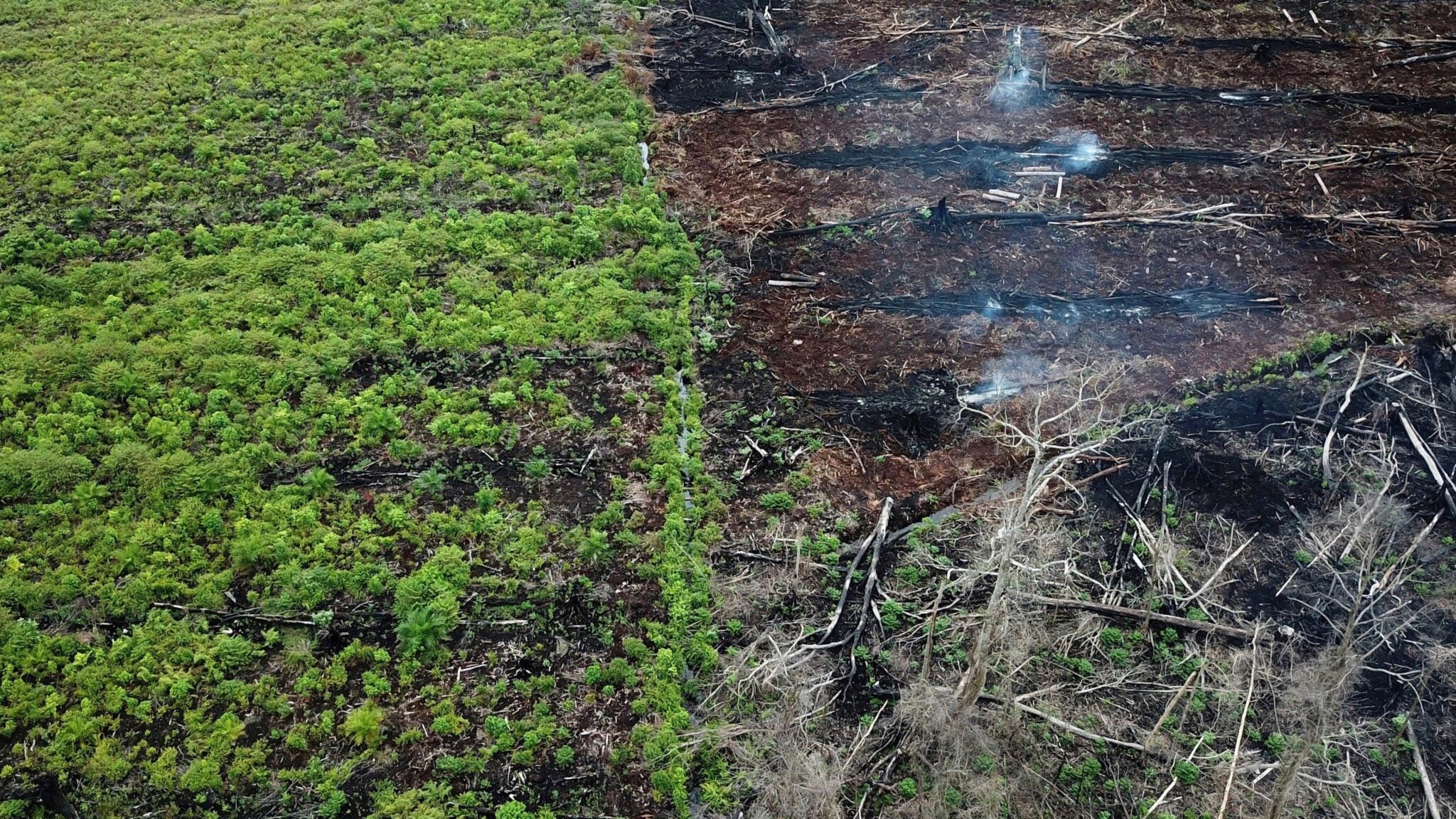 This aerial photo taken March 3, 2018 shows a protected area of the Rawa Singkil wildlife reserve being burnt in preparation for the opening of a new palm oil plantation. JANUAR / AFP / Getty Images

Major consumer brands including Nestlé, Kellogg’s and The Hershey Company have been getting some of their palm oil from an illegal plantation inside a protected forest that holds the highest density of critically endangered orangutans anywhere on Earth, a new report says.

The report is based on field investigations, interviews and transaction records analyzed by the Rainforest Action Network (RAN). It shows that local brokers are buying palm fruit from oil palms planted illegally inside the nationally protected Rawa Singkil Wildlife Reserve in Indonesia’s Aceh province. These brokers, the report says, are then supplying the fruit to processing mills located immediately next to areas of illegal encroachment in the Leuser Ecosystem, of which the wildlife reserve is a part. 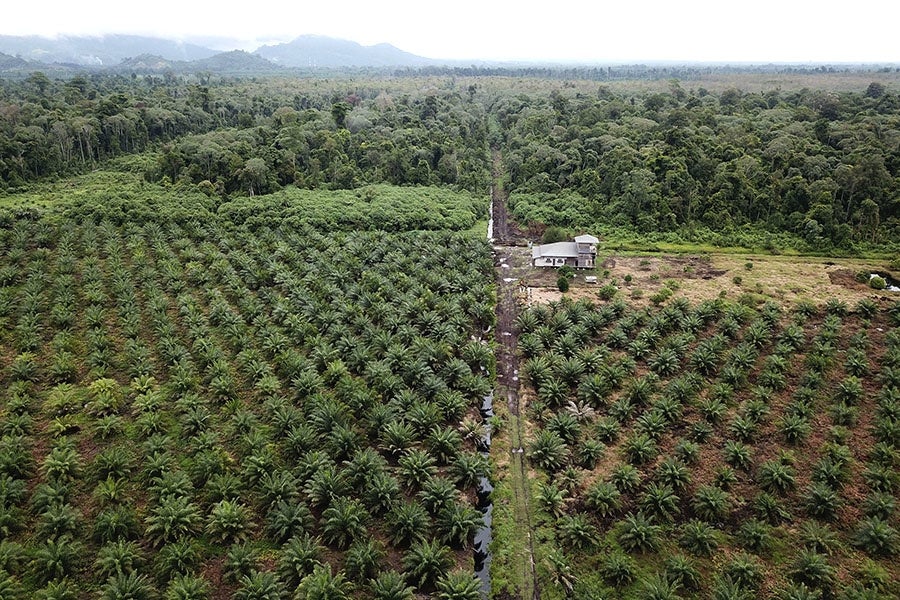 RAN reports that these mills then supply the processed palm oil to global traders, namely Singapore-listed Golden Agri-Resources (GAR) and Indonesia’s Musim Mas Group. These companies, in turn, sell palm oil, directly or indirectly, to a who’s who of household consumer brands, including Nestlé, Unilever, Mondelēz International, General Mills, Kellogg’s, Mars and The Hershey Company, according to RAN. All of these palm oil traders and brands have adopted policies committing them to “No Deforestation, No Peatlands, No Exploitation” (NDPE) in the sourcing of their raw ingredients. By contrast, the mills where the Rawa Singkil-sourced palm fruit is processed lack the necessary procedures to trace the provenance of the crop, RAN says.

“The authors of this report are demanding that companies caught contributing to this destruction stop buying palm oil sourced from the rogue mills identified here, or financing the culprits processing and shipping illegal palm oil to the global market, until transparent and verifiable monitoring, traceability and compliance systems are established to ensure they are only sourcing truly responsible palm oil,” said RAN. 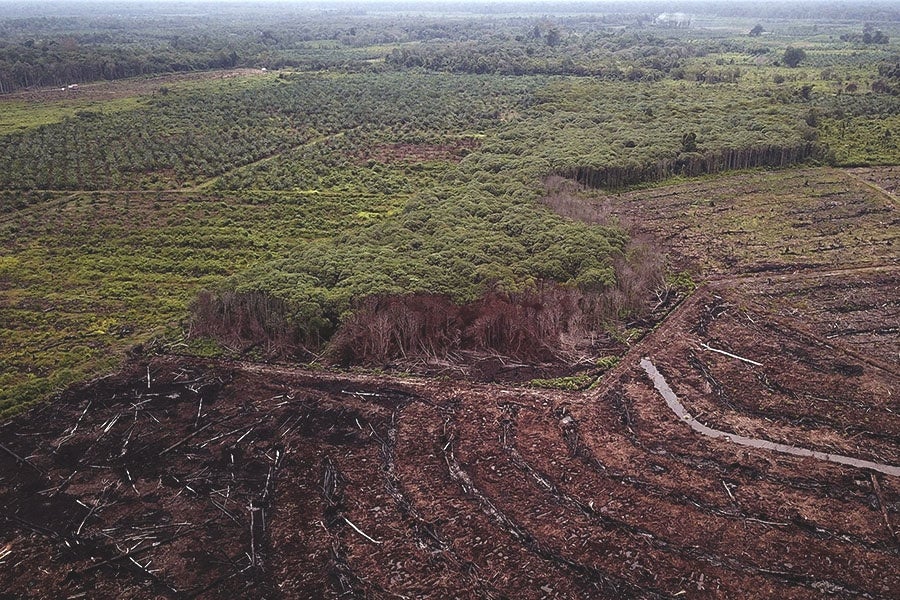 Forest area that has been cleared to make way for oil palm cultivation in Rawa Singkil Wildlife Reserve.

In the report, RAN said GAR had confirmed that six of its supplying mills were located near Rawa Singkil Wildlife Reserve, and that five had not established traceability to the farm or plantation where the palm fruit they source is grown.

The report said GAR had set new targets for its mills to achieve traceability to the plantation by the end of 2020. “While the company denied deforestation by referring to the findings of field investigations in 2017 and 2018 outside the Rawa Singkil Wildlife Reserve in the Singkil-Bengkung region, it did not comment on non-compliant suppliers within the nationally protected area or confirm its intention to instigate the results of RAN’s investigation,” the report added.

RAN said Musim Mas had confirmed that nine of its supplying mills were located near the wildlife reserve and that it had set the end of 2020 as the deadline for tracing the provenance of all its palm oil sourced from the region. The company also says it plans to increase its direct engagement with smallholder farmers seeking secure land titles and support for improvements in agricultural practices. Musim Mas confirmed that it would verify the findings of RAN’s investigate and communicate to supplying mills that it would not accept palm oil products grown in Rawa Singkil Wildlife Reserve.

Many of the consumer brands named in the RAN report told Reuters that they would verify the findings while keeping their commitment to sustainable practices in palm oil production and supply chain management. 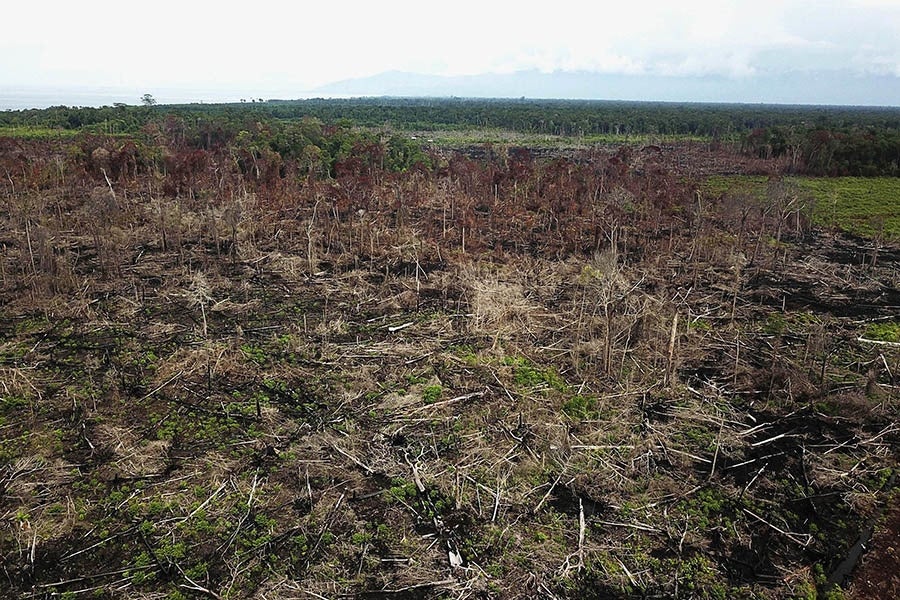 Encroachment and forest clearing for a plantation in Rawa Singkil Wildlife Reserve. A map showing the location of Rawa Singkil Wildlife Reserve on the island of Sumatra.

Rawa Singkil Wildlife Reserve, on the northwestern coast of the island of Sumatra, is home to the densest population of critically endangered Sumatran orangutans (Pongo abelii) in the Leuser Ecosystem.

More than 75,000 hectares (185,300 acres) of peat forests remain in the Singkil peatland, and are afforded the highest levels of protection under Indonesian law in Rawa Singkil Wildlife Reserve. Since the reserve was established in 1998, local conservationists have raised concerns about changes to its boundaries to accommodate palm oil development. The size of the protected area has declined from 102,400 hectares to 80,000 hectares (253,000 acres to 197,700 acres).

In the past 10 years, more than 3,000 hectares (7,400 acres) of critical lowland forest habitat within Rawa Singkil Wildlife Reserve has been cleared, largely for new oil palm plantations. A wide network of roads and drainage canals have been built to allow the deep peat soil to be drained and planted with oil palms.