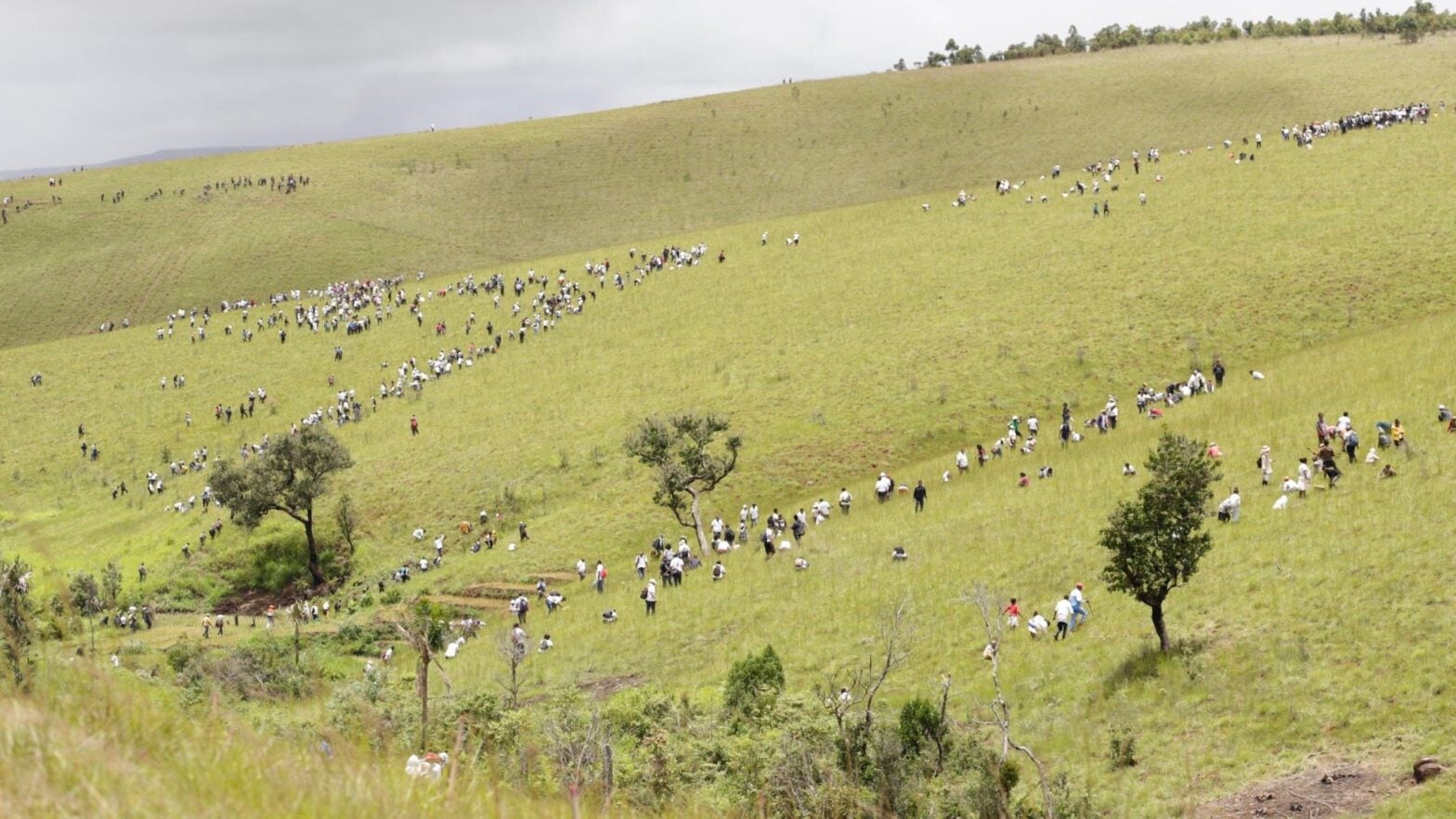 Madagascar has embarked on its most ambitious tree-planting drive yet, aiming to plant 60 million trees in the coming months. The island nation celebrates 60 years of independence this year, and the start of the planting campaign on Jan. 19 marked one year since the inauguration of President Andry Rajoelina, who has promised to restore Madagascar’s lost forests.

“The government has the challenge of making Madagascar a green island again. I encourage the people to protect the environment and reforest for the benefit of the future generations,” Rajoelina told the hundreds of people who attended the launch in Ankazobe district, 100 kilometers (60 miles) northwest of the capital, Antananarivo. In a span of a few hours, about 1 million trees were planted over 500 hectares (1,235 acres), according to the environment ministry — an area one-and-a-half times the size of New York City’s Central Park.

Madagascar, the oldest island in the world and the fourth-largest, spanning 59 million ha (146 million acres), is home to an astounding range of plant and animal life. Between 2001 and 2018, it lost about one-fifth of its tree cover, according to Global Forest Watch, driven primarily by the expansion of shifting agriculture, known locally as tavy. The destruction of Madagascar’s forests could sound the death knell for many of its endemic species, found nowhere else on the planet.

Months of planning and a massive nationwide effort to amass seeds and populate nurseries culminated in the highly publicized launch. It saw participation from NGOs, schools, government ministries, and the army. Rajoelina, dressed in a T-shirt and jeans, launched the planting season by tucking a seedling into a pocket of earth. He later lent a hand to children, took selfies with babies, and was even photographed, hoe in hand, hauling dirt. But experts say the real heavy lifting to reclaim forests will come after the saplings are in the ground.

“Right now, we are at the stage of planting trees, but the big question is: What is next? How to protect those young trees, so we don’t plant them in January and then destroy them in July,” said Jonah Ratsimbazafy, a prominent Malagasy primatologist who heads the Groupe d’Étude et de Recherche sur les Primates (GERP). 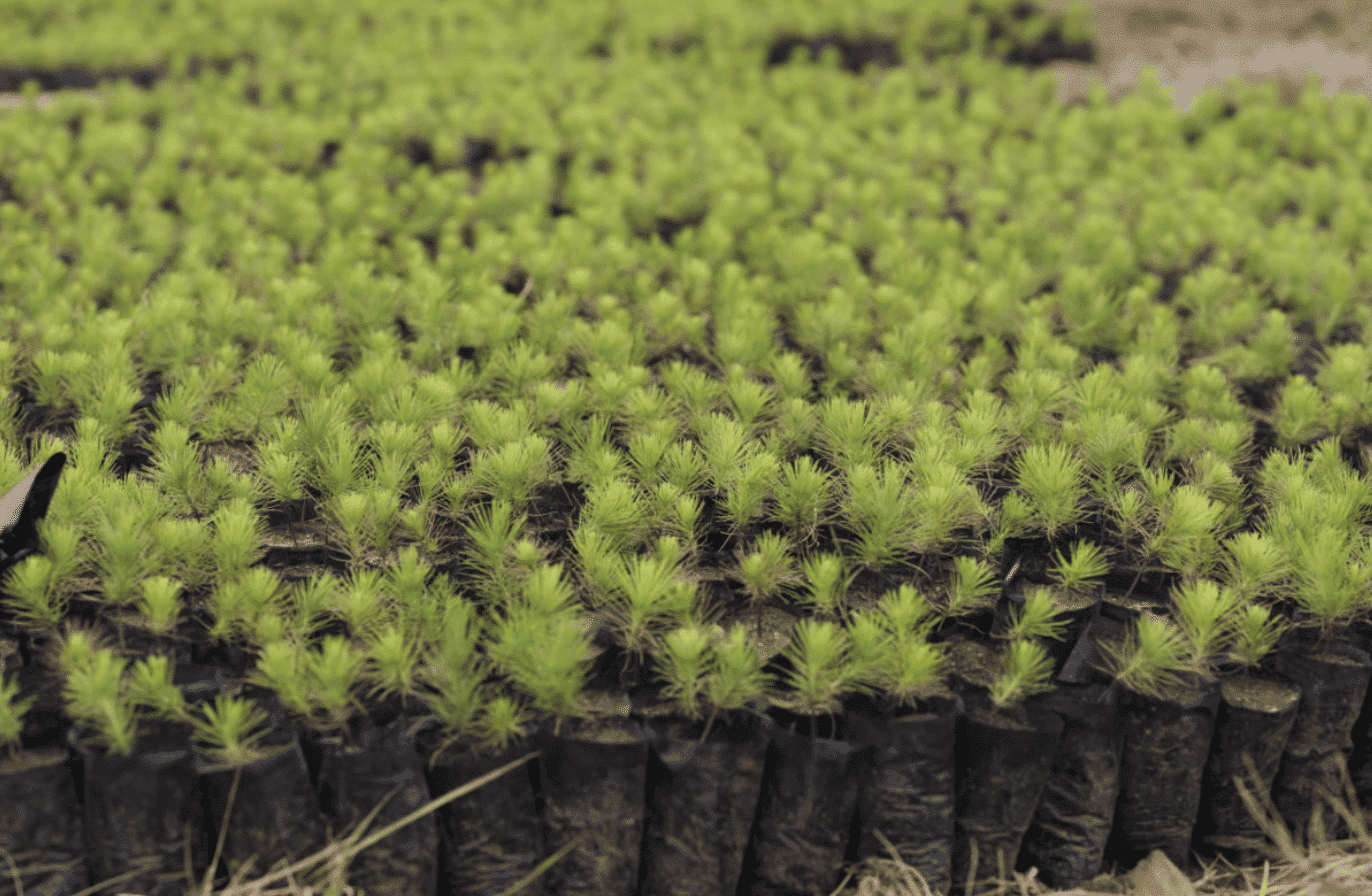 For the planting season that runs until April, the Rajoelina administration wants 60 million seedlings to be planted across 40,000 ha (99,000 acres). Experts interviewed by Mongabay last November said it would be a formidable undertaking, especially for a country where almost 80 percent of the population does not have access to grid electricity, and felling trees to make charcoal for cooking is a widespread practice. Reconciling the immediate needs of the country’s poor and the long-term goal of stemming and then turning the tide of deforestation will be tough, observers say. It remains to be seen whether Rajoelina has the will to see it through, given his checkered record on the environment.

Madagascar has hosted tree-planting drives in the past, but the push from the president’s office this time around is expected to make a difference. Nirina Rakotonanahary, 30, a participant at the launch, said it was his first time taking part in a tree-planting drive, which he said was popularized by the president. Close to 200,000 seedlings were gathered in nurseries for the launch event and transported to the Ankazobe site on trucks. For the national campaign, an estimated 100 million seeds have been rounded up by regional centers of the environmental ministry and its partners. The seedlings are being distributed free of cost to institutions and associations from government-run nurseries.

The launch made it clear the government is trying to strike a balance between planting endemic species and agroforestry species, some of which are exotic and invasive. The 50 species that are available at the nurseries include exotic acacia, eucalyptus, fruit trees and various spice trees. Rakotonanahary said he planted fruit trees because if the yield was good, they might be able to export the produce. 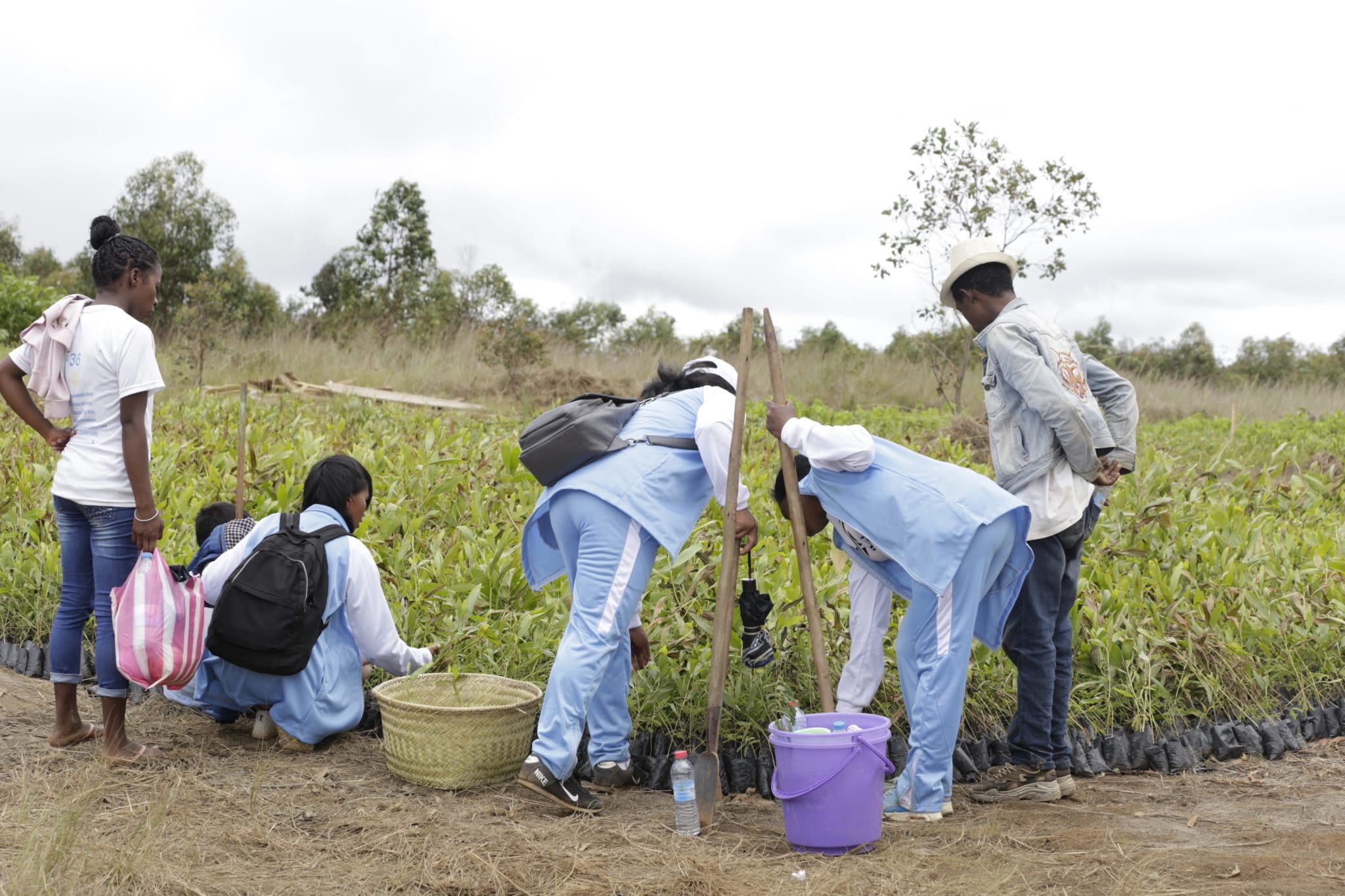 To secure the trees, especially those viewed as useful by people, will be an uphill task. “We want to encourage people to plant and not consume the fruits of the trees inside the parks or cut them to make charcoal,” said Mamy Rakotoarijaona, director of Madagascar National Parks. Despite being protected areas, national parks in Madagascar have also witnessed significant deforestation; they have now emerged as important sites for the reforestation campaign.

To extend the drive to remote areas, the government plans to use drones and airplanes. During the launch event, about 5 tons of seeds in the form of seed balls were dropped from an aircraft over 500 ha of land. Each ball of soil is packed with 25 seeds. The success rate measured in terms of how many seeds survive and germinate is about 60 percent, according to a government release that cited a pilot project carried out in 2018. The ministry of environment also said the practice would save on the cost of plastic bags that hold seedlings before they are transplanted.

The immediate concern is to sustain the momentum for tree planting, and in the longer term to ensure that gains are not frittered away. The president, in his speech, said that meeting concrete targets and following up with action would be central to the campaign. “This time, the action will be continuous, and there will be a follow-up. The state will recruit guards to monitor and protect the young plants,” Alexandre Georget, Madagascar’s environment minister, said at the launch.

In Ankazobe, there is a plan to recruit 50 people to monitor the saplings because the area is at risk from forest fires that could wipe out within days any gains from a planting campaign months in the making. Involving local communities is indispensable not just in planting trees but in monitoring and safeguarding them, according to Ratsimbazafy of GERP. “If the authorities do not have a clear and efficient strategy to fight against deforestation and fires, then Madagascar won’t return to forests,” he said.

That’s a view echoed by Alliance Voahary Gasy, a coalition of Malagasy environmental NGOs. It expressed support for the large-scale effort but noted that if the government did not take strict action against those breaking environmental rules, including government officials, the campaign would fail to meet its objectives.

While millions of seeds may sprout forth from the red soils of Madagascar in the coming months, a sense of optimism about the greening campaign has yet to take root. Rakotonanahary, who helped plant fruit trees in Ankazobe, also struck a despondent note. “I’m not sure they will all survive,” he said of the newly planted trees. “The problem is that in Madagascar, we make efforts one day, and then we do not continue.”

Malavika Vyawahare is a staff writer for Mongabay.