New French President Set to Clash With Trump Over Climate 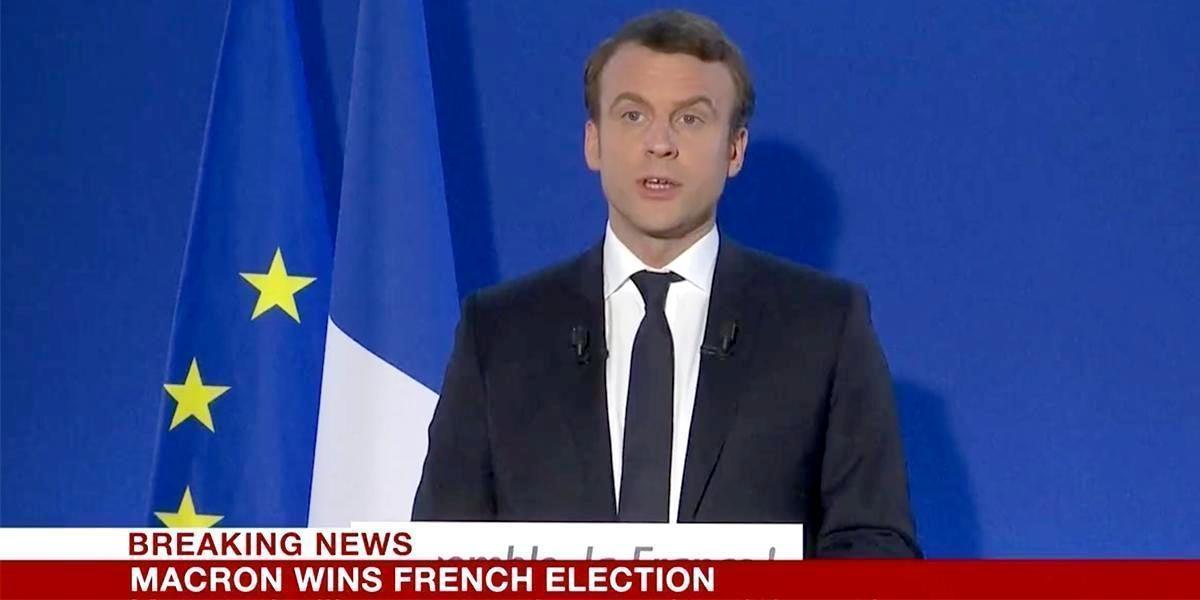 Donald Trump was quick to take to Twitter last night to congratulate the centrist candidate Emmanuel Macron on his resounding victory against the far-right, Marine Le Pen, in the French presidential race.

Trump said: “Congratulations to Emmanuel Macron on his big win today as the next President of France. I look very much forward to working with him!”

As usual with Trump, the tweet is a U-turn from his previous position which was qualified support for the far-right Le Pen. There is no doubt that Trump wanted Le Pen to win.

And as the Guardian noted this morning: “The defeat of Le Pen pricks the bubble of populism that had swept the UK with Brexit and the U.S. with the rise of Trump, and as such may have adverse knock-on effects for the new incumbent of the White House.”

One of those issues Macron’s win will impact Trump and where the two have to work together is climate change.

The new French president is on record as hoping to persuade Trump not to pull the U.S. out of the Paris climate agreement and the two men look set to clash on the issue.

Although we must remember that Macron is hardly a progressive politician, but an ex-investment banker centrist, the new president has also laid down a provocative marker against Trump on climate. In February this year he released a video on climate change, when he tweeted, “This is a message for American researchers, entrepreneurs, engineers, working on climate change.”

Macron invited them to “come to France to join European and French researchers to work on climate change here. Because here you are welcome.”

He added: “I do know how your new president now has decided to jeopardize your budget, your initiatives, as he is extremely skeptical about climate change.” He went on to say: “I have no doubt about climate change and how committed we have to be regarding this issue.”

Macron went on with two messages, the first to French scientists:

“We will preserve our budgets, we will reinforce our public and private investment in order to do more and accelerate our initiatives to deliver in line with COP-21.”

The second message was a direct appeal to climate scientists under attack from the Trump administration:

“Come to France! You are welcome. It is your nation. We like innovation. We want innovative people. We want people working on climate change, energy, renewables and new technologies. France is your nation.”

Whether any climate scientists move to France remains to be seen. What we do know is that France is a divided nation. And Macron will do well to heal the country’s obvious wounds. But Macron also has to stand up against Trump on climate and persuading him to keep the U.S. in the Paris agreement would be a positive start.