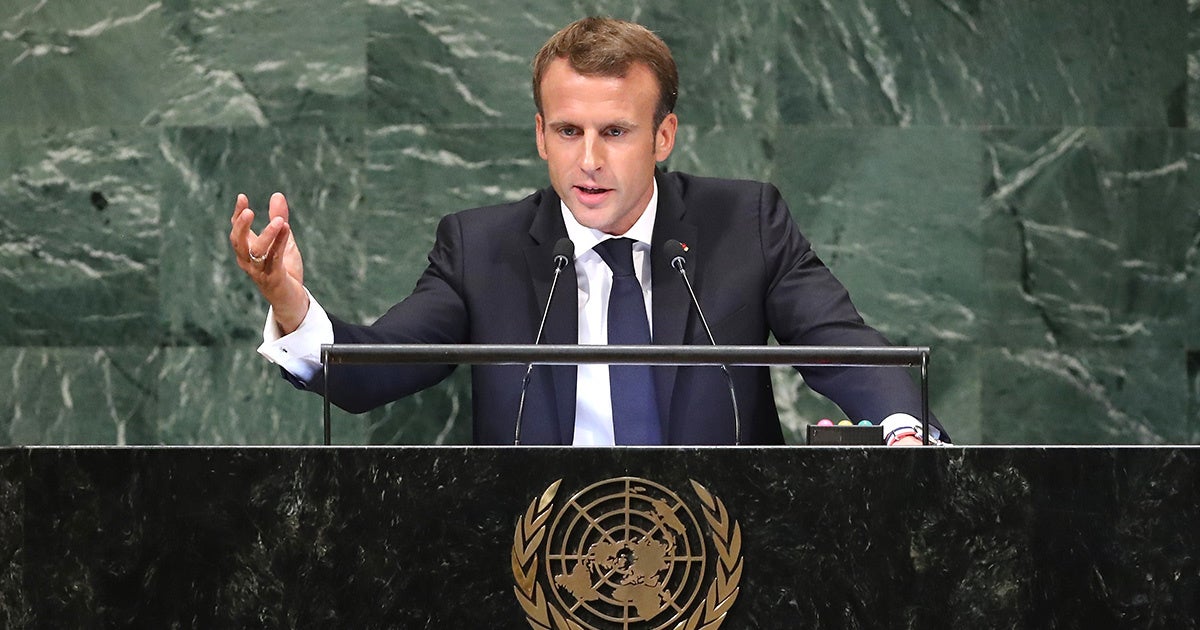 French President Emmanuel Macron pledged on Tuesday that his country would not make trade deals with any country not signed on to the Paris agreement to limit global warming to “well below” two degrees Celsius above pre-industrial levels, The Hill reported.

“We will no longer sign commercial agreements with powers that do not respect the Paris accord,” he told the UN General Assembly.

Macron did not mention the U.S. or President Donald Trump by name in his trade remarks, but the U.S. is currently the only country not in line with the Paris agreement after Trump announced his decision to withdraw in 2017.

Macron’s speech came as part of the “General Debate” of the world leaders represented by the UN General Assembly, which is gathering in New York for its 73rd annual session from Sept. 25 to Oct. 1.

In his speech, Macron called on other UN member states to follow his lead and eschew trade with non-Paris signatories.

Macron’s remarks were interpreted as a rebuke to Trump’s speech earlier in the day, in which the U.S. president emphasized U.S. sovereignty and said he would pull back from international commitments and agreements, CNN reported.

Macron said sovereignty was important, but that collaboration was essential to maintain it.

“Only collective action allows for the upholding of the sovereignty and equality of the people in whose name we take action,” Macron said, according to CNN. “This is the reason we must take action against climate, demographic and digital challenges. No one alone can tackle these.”

Trump, in turn, had said that the U.S. would not return to the Human Rights Council without major changes to the organization, would not support the International Criminal Court and would reduce U.S. funding of the UN peacekeeping budget to no more than 25 percent of its total, The Independent reported.

The clashing tones of the two presidents’ speeches came after the two leaders had a conversation on issues, including trade, that officials for both countries said were “constructive,” The Independent reported.

Trump did not mention climate change or the Paris accord in his speech, but Macron highlighted both, praising the rest of the world’s countries for staying the course despite U.S. withdrawal, CNN reported.

He also argued against defeatism.

“People say it’s too late; well then, let’s hurry up,” he said, according to the UN summary of his speech.

Macron may be trying to step into the global leadership role formerly held by the U.S., CNN said, but his remarks come as he faces criticism at home for moving too slowly on environmental issues.