In World First, Luxembourg to Make All Public Transportation Free 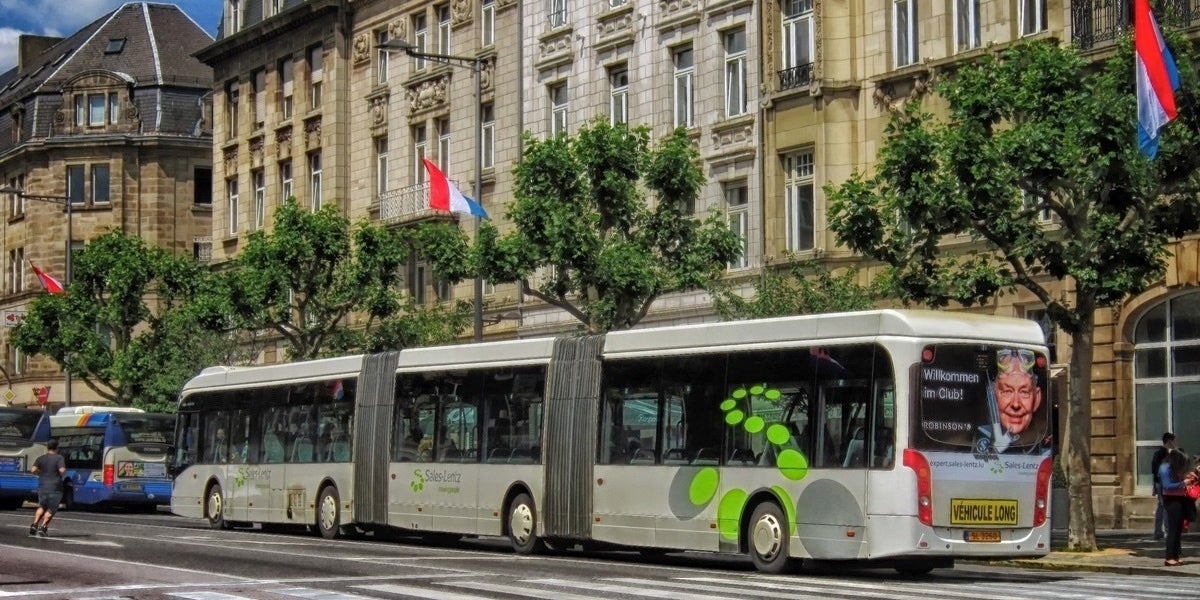 A public bus in Luxembourg. pxhere

Luxembourg is about to become the world’s first country to make all its public
transportation free under the new government’s efforts to curb traffic congestion and benefit the environment, The Guardian reported.

The initiative, which will end all fares for trains, trams and buses by summer 2019, is a plan under the environmentally minded coalition government headed by Xavier Bettel, who was reappointed as prime minister on Wednesday.

The Grand Duchy has a well-developed public transport system with a national bus and rail network that connects the most important cities and towns in the country.

Luxembourg is the European Union’s wealthiest but second smallest member state, with a population of roughly 600,000 people. At 998 square miles, the tiny country is smaller than Rhode Island.

However, Luxembourg City suffers from chronic traffic congestion. About 400,000 people—including people from the bordering countries of France, Belgium and Germany—commute to the capital city for work, with each driver spending an average of
33 hours in traffic jams in 2016, according to a study by transportation analytics company Inrix.

Part of the cost of the free transit initiative will be covered by removing a tax break for commuters, The Independent reported.

The new plan still needs to be fully ironed out. For instance, a decision has not yet been made on how to handle first and second class compartments on trains, The Guardian said.

Fares to travel just about anywhere in Luxembourg are already capped at a low price of €2 ($2.30) for up to two hours of travel, according to The Independent. Youth already travel for free and many commuters qualify for a €150 ($170) pass that allows travel on all public transport for a year.

The two-time prime minister’s Democratic Party works with the Socialist Workers Party and the Greens, which vowed to protect the environment, invest more in public services and legalize recreational
cannabis during the recent election campaign, Reuters reported.