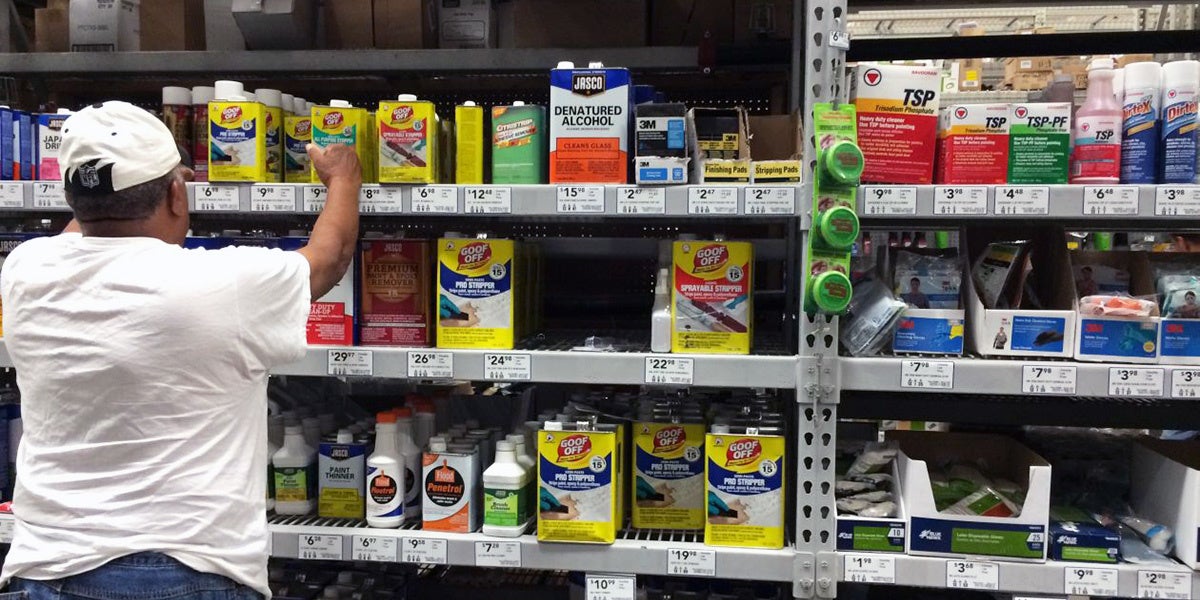 Home-improvement giant Lowe’s is phasing out paint-removal products with methylene chloride, responding to petitions in the wake of deaths caused by the chemical.

The company’s decision, announced Tuesday, will get the products off store shelves by the end of this year. As their fumes build up in bathrooms, basements and other enclosed areas, they can kill: A Center for Public Integrity investigation in 2015 found that more than 50 people died since 1980 using methylene chloride—often in paint strippers—for work or personal projects.

Since last year, at least four people have been found dead midway through projects in which they used such paint removers. The U.S. Environmental Protection Agency (EPA) had been slow-walking a would-be ban, proposed shortly before President Donald Trump’s inauguration. But earlier this month, the agency said it would push forward with a rule targeting the chemical, a turnaround after officials there came under pressure from members of Congress and survivors of recent victims.

Lowe’s has faced pressure as well. Relatives of Drew Wynne, 31, who died in October while removing paint from a walk-in refrigerator at his South Carolina coffee business, joined with consumer and environmental groups to press the company to stop selling paint-stripper brands with methylene chloride. Wynne purchased his product from Lowe’s, they said. The groups said more than 200,000 people signed petitions asking the company to take action.

Lowe’s, which already sells some paint removers without methylene chloride, said it is working with suppliers to get more alternatives on the shelves.

“We care deeply about the health and safety of our customers, and great progress is being made in the development of safer and more effective alternatives,” Mike McDermott, Lowe’s chief customer officer, said in a prepared statement.

Lowe’s said it also plans to stop selling paint removers with another chemical, N-Methylpyrrolidone, that has been linked to miscarriages and other harms to unborn children.

Safer Chemicals, Healthy Families, an advocacy group that asked Lowe’s more than a year ago to take both types of paint strippers off the shelves, said in a statement that the retailer is the first “to take action on this critical consumer and worker safety issue.” The group urged other companies to follow suit.

“When facing federal inaction on vital issues facing the American public—some of which are matters of life or death—retailers have a responsibility and an opportunity to do right by their customers,” Safer Chemicals, Healthy Families’ Mike Schade said in a statement.