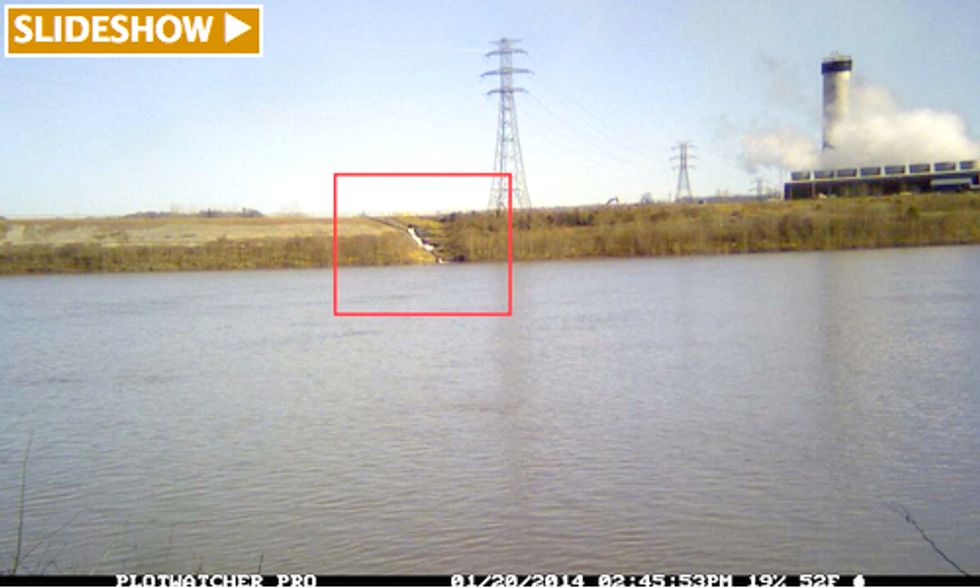 Two months have passed since hidden-camera images exposed Louisville Gas & Electric (LG&E) for dumping toxic coal ash into the Ohio River—a practice the company has engaged in for two decades. The utility has done nothing in response, so two environmental groups figure it's time to pay up.

The Sierra Club and Earthjustice filed a lawsuit asking a federal judge to order LG&E to stop the illegal dumping. The company could face up to $68 million in penalties to account for the last five years of its illegal dumping, plus $37,500 for each day moving forward, until the violations are eliminated.

The groups notified the company that they intended to sue in March, but that seemed to have no impact on LG&E. Sierra Club and Earthjustice are armed with a year's worth of footage from a camera that was strapped to a tree. They also have proof from Google Earth satellite images that date back to 1993.

"This is not a mere trickle, it’s a gushing flow of toxic coal ash pollution directly into the Ohio River,” Earthjustice attorney Thom Cmar said in a statement. “LG&E has tried to hide this contamination for too long, but now we’re taking action to keep these dangerous pollutants out of the Ohio River. We can’t allow LG&E to put nearby communities at risk.”

The Ohio River is a water source for about 3 million people.