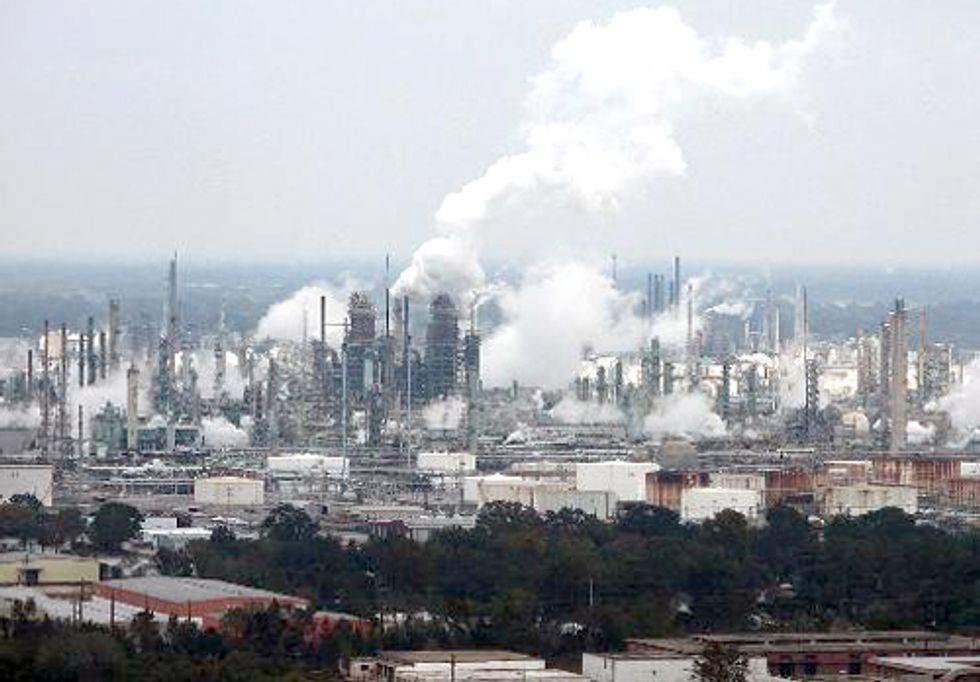 As beleaguered ExxonMobil refinery manager Steven Blume continues to refuse letters from 2,284 residents across south Louisiana urging reduced accidents at his refinery, the letters are being presented on the steps of the state capitol in conjunction with the opening of the legislative session on March 12. “Our lawmakers need to know there is a rogue refinery not far from their front door,” said Anne Rolfes, director of the Louisiana Bucket Brigade. ““ExxonMobil’s profit last year was $30 billion dollars and they can afford to hire more workers to cut down on accidents.”

The letters to Mr. Blume were collected via door to door outreach about ExxonMobil’s accidents, which totaled 103 in 2010 (the most recent year for which data is available). This number comes from Exxon’s self reports to the Louisiana Department of Environmental Quality.

ExxonMobil Manager Steve Blume has refused to meet to receive the letters, continuing a pattern of refusing to honestly deal with the fact of his refinery’s accidents. This delivery of the letters is occurring more than two years after the first invitation to talk about accidents was extended in November 2009.

At issue are both accident reduction and the need to hire more full time union workers to prevent those accidents. “Many of these accidents could be prevented with the help of adequate numbers of skilled, well-trained and experienced union workers,” said United Steelworkers International Vice President Gary Beevers, who heads the union’s oil sector. “However, too many work crews operate with too few people because the company fails to hire workers to replace those who are assigned to other tasks.”

From 2005 to 2010, the ExxonMobil refinery reported 672 accidents—an average of over two each week—to the state Department of Environmental Quality. Thirty percent of the air emissions from these accidents were due to storms; the storms’ significant cause of accidents as well as the feasibility of preventing these accidents is the reason that the letters are focused on storm preparation. “We are in south Louisiana and we know it will rain,” said Ms. Rolfes. “Residents are expected to be prepared and refineries should be too.”

Hurricane Gustav in 2008 was a particular problem for ExxonMobil. The refinery released 1.25 million pounds of toxic air emissions during a 12 day span.

Additional arguments by the refinery include the need to operate during storms to ensure the nation’s supply of gasoline. The refinery, however, has never provided evidence to support this claim. Louisiana residents assembled today believe that the refusal to properly prepare for storms is instead about a relentless drive for profits.

The United Steelworkers. We're 1.2 million active and retired members strong. You'll find us fighting for a better life for all workers in union halls, at the work place, in the courts and in legislatures.

The Louisiana Bucket Brigade is an environmental health and justice organization supporting neighborhoods’ use of grassroots action to create informed, sustainable communities free from industrial pollution.