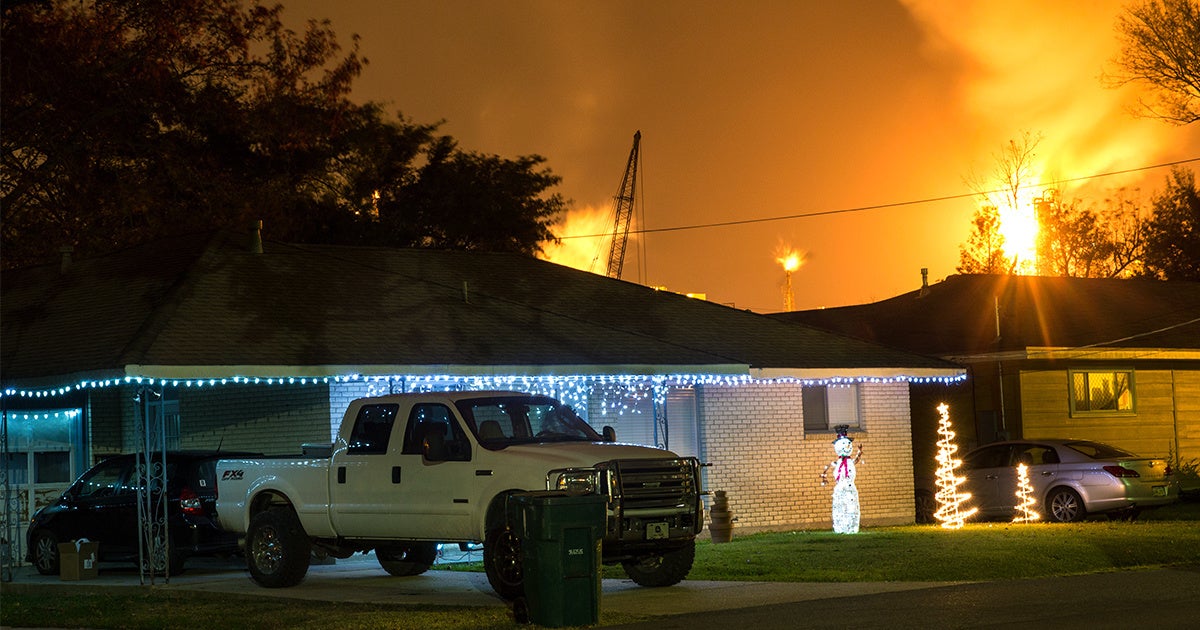 Louisiana is ground zero for the devastating impacts of climate change. Even though the state is already feeling the costly impacts to life and property due to extreme weather and an eroding coastline linked to a warming planet, its government continues to ignore the primary cause—human use of fossil fuels.

The impacts to the region, such as worsening floods, heat waves and sea level rise, will only be intensified as the globe continues warming, warn federal scientists in the latest National Climate Assessment report.

But instead of heeding scientists’ warnings, Louisiana’s government continues to welcome the prospects of new billion-dollar petrochemical plants, liquefied natural gas (LNG) facilities and an oil export hub, all without a mention of their climate change impacts.

Leading the pack, Gov. John Bel Edwards continues to gush over turning Louisiana into a world leader in natural gas and oil exports.

Louisiana politicians continue to claim natural gas is a “clean” source of energy, and usher in not only LNG facilities, but also petrochemical plants fueled by natural gas production.

In Plaquemines Parish, a peninsula south of New Orleans that, like all of southern Louisiana, is plagued by coastal erosion, the governor has hailed a new crude oil export terminal and a massive LNG facility that don’t yet have permits.

I asked the governor’s press secretary what he thought about the Fourth National Climate Assessment, an exhaustive review of environmental data by a team of hundreds of scientists that puts Louisiana square in the eye of physical and financial hardship due to climate change—and got no reply.

I also checked to see if the governor wanted to update his stance on climate change since his remarks during a 2016 radio show when he stated that he believes the climate is changing, but is less certain how much humans play a role in it. “The degree to which human conduct is impacting that change, I think, is somewhat debatable,” he said in an episode of Louisiana Radio Network’s Ask The Governor show.

“That’s like saying, ‘yes there is gravity, but I’m not sure what Earth’s role is,'” climate scientist Michael Mann told me, commenting on those people who dismiss climate science with reasoning like Gov. Edwards’.

“The reality is that natural factors (volcanoes and fluctuations in solar output) were most likely a cooling influence over the past half century. So not only can natural factors not explain the warming—they were actually working in the opposite direction,” Mann told me via email, adding: “Only the increase in greenhouse gas concentrations from fossil fuel burning can explain the warming we have seen.”

Climate Denial on Both Sides of the Aisle in the Louisiana

Gov. Edwards, a Democrat, isn’t alone in ignoring the latest National Climate Assessment and its warnings for the Pelican State. There is nothing about the landmark climate report on the websites of Louisiana Republican Sens. Bill Cassidy and John Kennedy, Republican Representatives Garret Graves, Steve Scalise and Clay Higgins, or Democrat Rep. Cedric Richmond.

For any Louisiana politician to ignore the National Climate Assessment is a “crying damn shame,” former General Russell Honoré, founder of the GreenARMY, a coalition of Louisiana environmental groups and concerned citizens fighting against pollution, said over the phone.

“The promise that welcoming these plants will save the economy is a false promise,” Honoré said. “The money doesn’t trickle down to poor folks who live near polluting facilities—they stay poor and services for them don’t improve.”

“I’m not against jobs and growing the economy,” Honoré added, but he said he is against embracing polluting facilities in the state while ignoring the harm they do to the people and environment. “If the oil and gas industry is so good for the state, why are the schools and infrastructure failing?” he asked. And he expressed frustration that as more polluting plants are permitted, there isn’t an increase in regulators being hired to monitor the new facilities.

Furthermore, Honoré believes that politicians aren’t doing their job if they are fawning over major new projects that bring in pollution before the permitting process has assessed them. By doing so, “they ignore the state’s constitution, which compels them to protect the people and the environment,” Honoré said.

He pointed me to Article IX in the Louisiana State Constitution, which states:

“The natural resources of the state, including air and water, and the healthful, scenic, historic, and esthetic quality of the environment shall be protected, conserved, and replenished insofar as possible and consistent with the health, safety, and welfare of the people. The legislature shall enact laws to implement this policy.”

Honoré is concerned about the slew of newly proposed foreign-owned petrochemical plants being built between New Orleans and Baton Rouge along the Mississippi River, a petrochemical corridor known to locals as Cancer Alley.

The petrochemical industry is tied to natural gas production, which can lead to air and water pollution. “Saying natural gas is clean is stupid,” Honoré said, pointing out that the methane which leaks from the natural gas supply chain is a huge driver of global warming.

The exceptional risks from rising temperatures in Louisiana are outlined in the Fourth National Climate Assessment’s chapter on southeastern states.

“Many southeastern cities are particularly vulnerable to climate change compared to cities in other regions, with expected impacts to infrastructure and human health. The vibrancy and viability of these metropolitan areas, including the people and critical regional resources located in them, are increasingly at risk due to heat, flooding, and vector-borne disease brought about by a changing climate. Many of these urban areas are rapidly growing and offer opportunities to adopt effective adaptation efforts to prevent future negative impacts of climate change.”

The 2016 flooding in South Louisiana was cited as an example of the destructive potential—and already present reality—of climate change. Scientists have connected extreme rain events to the planet’s rising temperatures, and severe flooding is expected to happen more frequently as the globe continues to warm. The report lists the cost of the thousand-year flood that devastated the Baton Rouge area in August 2016 at a staggering $10.1 billion.

“We have got to have a solution to pollution,” Honoré said. “And we have to do it now.” GreenARMY plans to continue addressing pollution and its many injustices in Louisiana, and is working on a slew of bills to introduce next year. Honoré thinks that doubting climate science is irresponsible, and hopes to get others in the state to face climate change head on while there is still a chance to lessen its worst impacts.