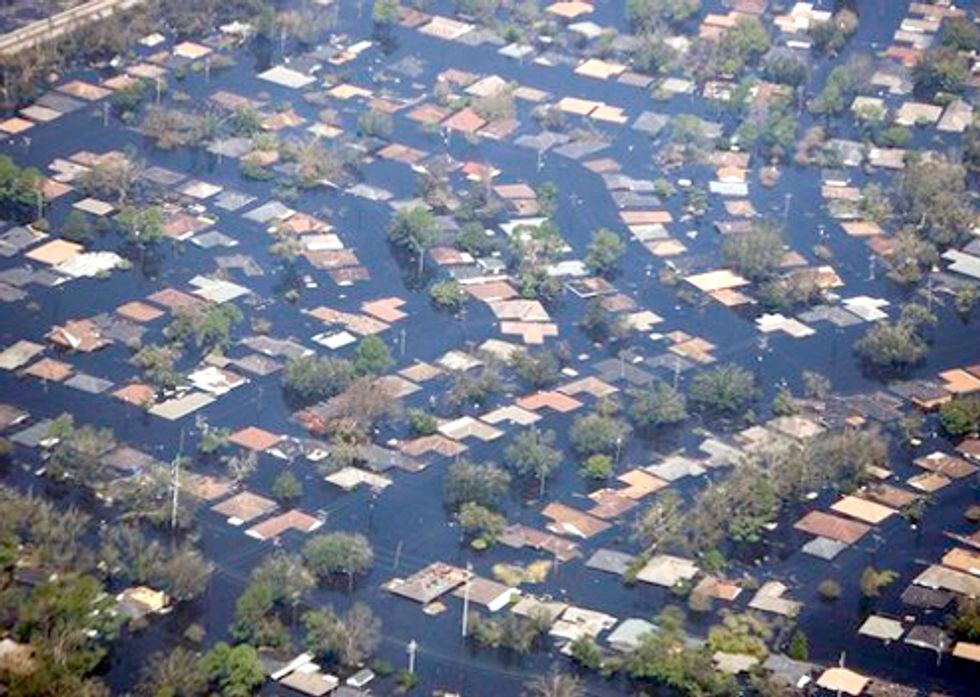 “The influence of La Niña from January to May and August to December was a major cause of many of the extreme weather events in 2011,” said report author Petra Löw, a geographer and Munich Re consultant who focuses on natural catastrophe losses. “In 2011, 91 percent of natural disasters were weather-related.”

“The steady increase in losses from natural catastrophes around the world demonstrates the need for preventative measures to the world’s poorest and most vulnerable communities protect themselves,” said Worldwatch President Robert Engelman. “These communities often have little beyond their own wits and meager resources to help them recover from a crop failure, the destruction of a home, or the tragic loss of a family’s breadwinner.”

The report analyzes natural catastrophes by their geographic location, type (geophysical, meteorological, hydrological, or climatological), deadliness and costliness. Most natural disasters in 2011 occurred in the Americas (290) and Asia (240), while fewer occurred in Europe (150), Africa (80) and Australia (60). Of the weather-related natural catastrophes, 37 percent were caused by storms (meteorological), 37 percent by floods (hydrological) and 17 percent by climatological events such as heat waves, cold waves, wildfire and droughts.

In 2011, 27,000 people died in sudden-onset natural catastrophes—63 percent below the annual average of 73,000 fatalities between 1980 and 2010. (These figures exclude slow-onset famine victims, discussed below.) In contrast, in 2010, the deadliest year recorded in the 30-year period, 296,000 people died from natural catastrophes. The report found that 38 percent of all victims of such catastrophes died from weather-related events, the rest being caused by geophysical events.

The deadliest weather disasters are droughts followed by famines, particularly in Africa. From October 2010 to September 2011, a severe drought in the Horn of Africa caused widespread famine and large-scale migratory movements, particularly in Somalia and Kenya. Around 80 percent of the livestock of Somalia’s nomadic population died, some 13 million people required humanitarian aid, and an estimated 50,000 people lost their lives. But because human agency played a large role in this catastrophe, it was not included in the analysis of 2011 natural disasters.

The monetary losses from 2011’s natural catastrophes reached a record $380 billion, surpassing the previous record of $220 billion set in 2005. The year’s three costliest natural catastrophes were the March earthquake and tsunami in Japan (costing $210 billion), the August-November floods in Thailand ($40 billion), and the February earthquake in New Zealand ($16 billion).

The report notes that Asia experienced 70 percent, or $265 billion, of the total monetary losses from natural disasters around the world—up from an average share of 38 percent between 1980 and 2010. This can be attributed to the earthquake and tsunami in Japan, as well as the devastating floods in Thailand—Thailand’s summer monsoons, probably influenced by a very intensive La Niña situation, created the costliest flooding to date, with $40 billion in losses.