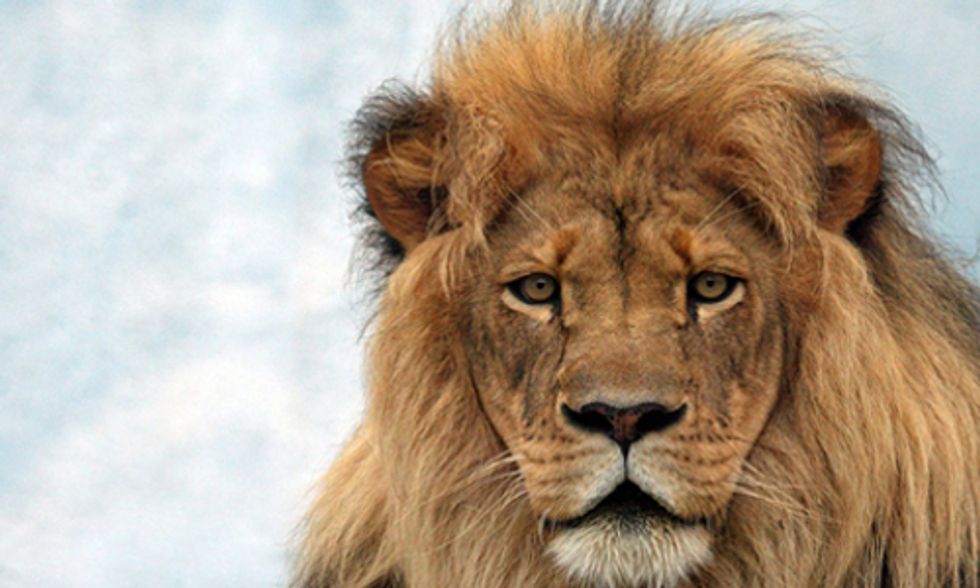 In ecosystems around the world, the decline of large predators such as lions, dingoes, wolves, otters and bears is changing the face of landscapes from the tropics to the Arctic—but an analysis of 31 carnivore species to be published today in the journal Science shows for the first time how threats such as habitat loss, persecution by humans and loss of prey combine to create global hotspots of carnivore decline.

More than 75 percent of the 31 large-carnivore species are declining, and 17 species now occupy less than half of their former ranges, the authors reported.

Southeast Asia, southern and east Africa and the Amazon are among areas in which multiple large carnivore species are declining. With some exceptions, large carnivores have already been exterminated from much of the developed world, including Western Europe and the eastern U.S.

“Globally, we are losing our large carnivores,” said William Ripple, lead author of the paper and a professor in the department of Forest Ecosystems and Society at Oregon State University.

“Many of them are endangered,” he said. “Their ranges are collapsing. Many of these animals are at risk of extinction, either locally or globally. And, ironically, they are vanishing just as we are learning about their important ecological effects.”

Ripple and colleagues from the U.S., Australia, Italy and Sweden called for an international initiative to conserve large predators in coexistence with people. They suggested that such an effort be modeled on the Large Carnivore Initiative for Europe, a nonprofit scientific group affiliated with the International Union for the Conservation of Nature.

Ripple and his Oregon State co-author Robert Beschta have documented impacts of cougars and wolves on the regeneration of forest stands and riparian vegetation in Yellowstone and other national parks in North America. Fewer predators, they have found, lead to an increase in browsing animals such as deer and elk. More browsing disrupts vegetation, shifts birds and small mammals and changes other parts of the ecosystem in a widespread cascade of impacts.

Lynx have been closely tied to the abundance of roe deer, red fox and hare. In Australia, the construction of a 3,400-mile dingo-proof fence has enabled scientists to study ecosystems with and without the animals, which are closely related to gray wolves. In some parts of Africa, the decrease of lions and leopards has coincided with a dramatic increase in olive baboons, which threaten farm crops and livestock. In the waters off southeast Alaska, a decline in sea otters through killer whale predation has led to a rise in sea urchins and loss of kelp beds.

The authors call for a deeper understanding of the impact of large carnivores on ecosystems, a view that they trace back to the work of landmark ecologist Aldo Leopold. The classic concept that predators are harmful and deplete fish and wildlife is outdated, they said. Scientists and wildlife managers need to recognize a growing body of evidence for the complex roles that carnivores play in ecosystems and for their social and economic benefits.

Leopold recognized such relationships between predators and ecosystems, Ripple said, but his observations on that point were largely ignored for decades after his death in 1948.

“Human tolerance of these species is a major issue for conservation,” Ripple said. “We say these animals have an intrinsic right to exist, but they are also providing economic and ecological services that people value.”

Among the services that have been documented in other studies are carbon sequestration, riparian restoration, biodiversity and disease control.

Where large carnivores have been restored—such as wolves in Yellowstone or Eurasian lynx in Finland—ecosystems have responded quickly, said Ripple. “I am impressed with how resilient the Yellowstone ecosystem is. It isn’t happening quickly everywhere, but in some places, ecosystem restoration has started there.”

In those cases, where loss of vegetation has led to soil erosion, for example, full restoration in the near term may not be possible, he said.

“Nature is highly interconnected,” said Ripple. “The work at Yellowstone and other places shows how one species affects another and another through different pathways. It’s humbling as a scientist to see the interconnectedness of nature.”