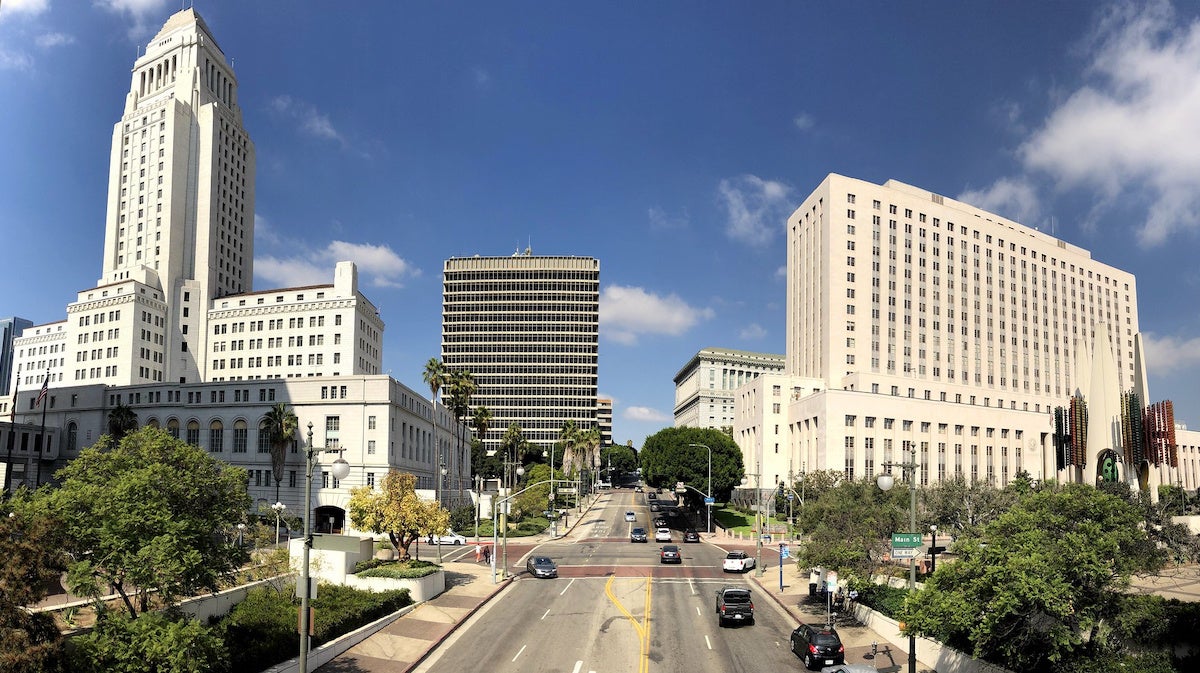 Los Angeles Mayor Garcetti on Monday committed all new or substantially rehabilitated buildings owned by the City of Los Angeles to be 100 percent carbon free — and to use less carbon-intensive building materials in the process. His executive directive not only has Los Angeles leading by example on ways to reduce building emissions, it breaks new ground.

The announcement follows a growing trend of leading cities, such as Seattle, San Francisco and Pittsburgh, in committing new government building stock to be all-electric or become 100 percent emissions free.

This executive directive is the latest step in L.A.’s sustainability efforts.

We also know that City Halls cannot tackle this work alone. Community engagement, both in policy development and implementation, will be essential to success. Housing, energy, workforce development and climate change are topics that involve every Angeleno in every community, and we must bring a diverse set of experiences and visions for the future to these policy discussions.

Los Angeles’ new directive means the emissions performance of materials will be taken into account when an agency is contracting to buy steel, flat glass and mineral wool (insulation), as well as other products the city may add to the list for its buildings. Cement, as one of the most carbon-intensive of materials, would be a great one to look at next. Fortunately, the Carbon Neutral Cities Alliance will soon be publishing a framework for cities to go further in this space.

Among his many directives, Mayor Garcetti also committed the Los Angeles Department of Water and Power to improve access to its clean energy programs specifically for low-income, affordable housing and multifamily properties. Los Angeles faces dual crises of housing affordability and growing climate change impacts, such as severe wildfires. Funding programs to provide energy efficiency and clean energy for these buildings while reducing utility cost burdens for renters will be a welcome relief.

LADWP has the potential to provide greater incentives to its rental housing customers, and so we expect this directive will accelerate progress toward fully programming the 0 million in energy efficiency funds for renters, which were approved by LADWP’s Board in June of 2018.

Seattle announced just last month it will be requiring all new or substantially altered City of Seattle buildings to operate without fossil fuels, and by January 2021, it will develop a strategy to eliminate fossil fuel use in existing city buildings.

San Francisco, in that same time period, announced all its new or renovated government buildings will be all-electric, the latest in the city’s efforts to combat climate change.

Pittsburgh, too, recently committed its government buildings to become net-zero energy, meaning new buildings and major renovations will be highly efficient and produce as much renewable energy on-site or nearby as needed to offset the remainder of their emissions from heating water and warming or cooling their indoor spaces.

It’s exciting to see the leadership exhibited by Los Angeles and other leading cities in this space. Not only are they leading by example, reducing emissions in their multi-billion-dollar building portfolios, but these cities are spurring demand for new technologies and less-carbon intensive materials, supporting workforce development and job creation, and paving the way for efficient, renewable, all-electric buildings across the country.

With continued commitment from the city and a robust community engagement process, the executive directives announced will significantly advance L.A.’s efforts to cut carbon emissions from buildings.