Looking Beyond the Numbers 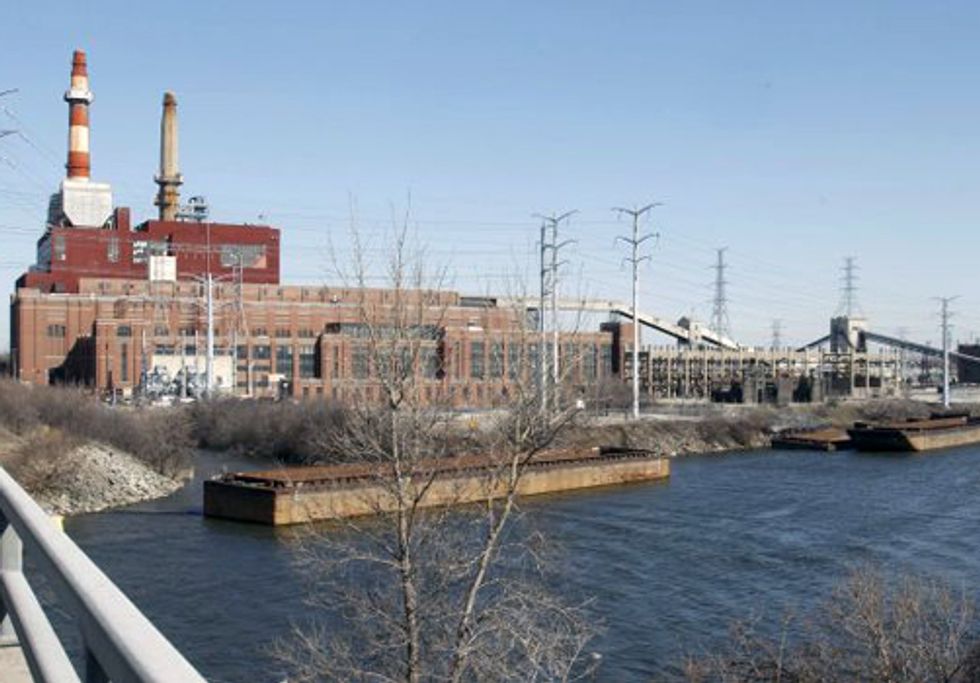 You can't always measure progress just by the numbers. Cutting the toxic mercury in emissions from coal-fired power plants, for instance, means that life expectancy will increase slightly over the next generation. Numerically, it's a modest increase, but it will be shared by millions—making this mercury cleanup the single biggest measure to save American lives in a generation. Tougher air pollution standards also mean that fewer children will suffer asthma attacks. No one will know exactly which kids would otherwise have been rushed to the hospital; there will just be more happy, healthy kids in the world.

Sometimes, though, environmental progress does come in a nice round number. Like today, when the Crawford coal-fired power plant in Chicago became the 100th coal plant to announce its retirement since the beginning of 2010. Along with Crawford, eight other plants announced retirement: in Chicago, Fisk, owned by Midwest Gen; in Ohio, Niles and Avon Lake; and in Pennsylvania, Portland, Titus, New Castle, and Elrama—all owned by GenOn. That doesn't even count the proposed plants that have been scuttled since communities across the country started standing up and saying no to coal. At last count, the Sierra Club's Beyond Coal campaign had prevented 166 of those. (You can follow the progress of that fight here.)

Why work so hard to retire coal plants? For the answer, you have to look beyond the numbers. Last December, Great River Energy's brand new Spiritwood Station plant outside Fargo, North Dakota, was shuttered by the company before it ever began operation—a casualty of rising coal costs and lower energy demand. Last June in Texas, after pressure from local activists, the city of San Antonio announced that its Deely coal-fired power plant will be phased out by 2018. Solar energy will help replace that coal power, and the cleaner air will save lives. Again, no one knows exactly who will be spared an early death from respiratory disease, heart disease, or cancer; there will just be more happy, healthy families in Texas and North Dakota.

As we celebrate the families that will benefit by these plant retirements, though, we also need to remember the families of the men and women who work in them. Last March, when TransAlta agreed with the Sierra Club and the state of Washington to phase out its enormous coal plant in Centralia, Washington, the International Brotherhood of Electrical Workers supported the agreement. They did so in part because TransAlta agreed to spend $55 million to help the community transition away from its economic reliance on the plant. As additional coal plant retirements are announced, the Sierra Club will continue calling on companies to do right by their workers (and the communities they live in) by helping them transition to jobs in energy efficiency, wind, and solar.

Today's 100th coal plant retirement is an important milestone, but we still have a lot of road ahead. Our goal is to retire one-third of the country's dirty coal plants by 2020—and replace them with clean-energy alternatives. Community by community, plant by plant, we're getting there. And we'll keep measuring our progress not just by how many dirty coal plants are retired but also by the healthy kids, happy families, and good jobs that lie beyond the numbers.