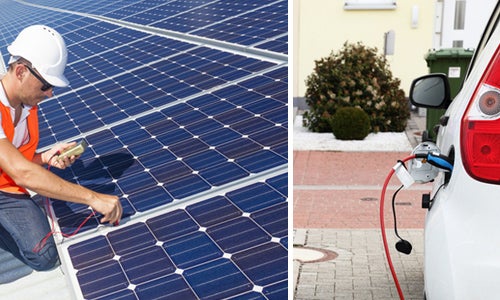 Elon Musk, founder of Tesla Motors, has been leading the way in innovation in the auto industry for more than a decade. The Model S made waves at this year’s International Auto Show. Last September, Tesla announced it will build the world’s largest battery factory just outside of Reno, Nevada. The company is calling it a “gigafactory,” which will produce batteries for cars making their all-electric cars more affordable. But the company also has plans for new products in solar and in-home energy storage. 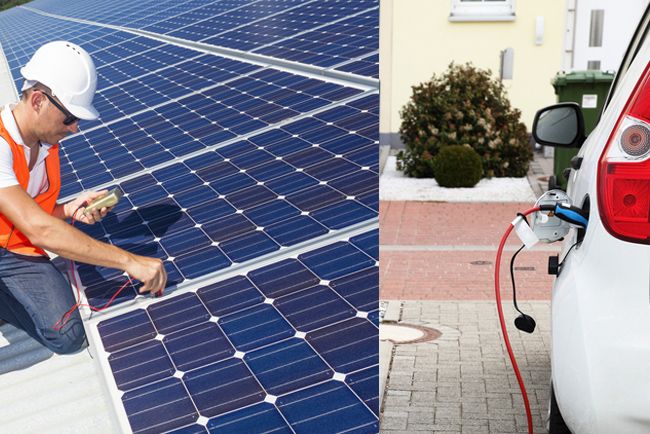 In a partnership with SolarCity, Tesla plans to use rooftop solar panels fitted with Tesla’s batteries to allow customers to use that stored energy to, say, charge their electric car overnight.

Tesla will be the most significant competition utility companies have seen in 100 years, according to Adam Allington of Marketplace. Allington spoke with J.B. Straubel, Tesla’s chief technology officer, who says, “In a single factory we’re doubling the worldwide capacity to manufacture lithium-ion batteries.” That will be huge for Tesla’s all-electric fleet, but the company also plans to develop batteries for use with solar power generation.

In places such as California where solar is becoming commonplace, there is a huge demand for these batteries. “We sign up approximately one new customer every minute of the workday,” Will Craven, director of public affairs at California-based SolarCity, told Allington. Much of the excess energy harnessed by solar panels is returned to the power grid, Cravens says. Homeowners have no control over where that excess energy goes.

But now, in a partnership with SolarCity, Tesla plans to use rooftop solar panels fitted with Tesla’s batteries to allow customers to keep that energy in-house. That way, homeowners can use that energy when they want and how they want. It’s what investors call a disruptive technology and it puts Tesla in direct competition with utility companies.

“Stationary storage, or backup storage, is really being considered the ‘Holy Grail’ of renewable electricity generation,” Ben Kallo, an analyst with the Robert W. Baird financial services firm, told Marketplace. With the ability to store energy, renewable energy sources can compete head-to-head with utility companies for customers, according to Kallo.

Musk has never been afraid of the competition. Tesla released its patents in an unprecedented move to advance electric vehicles. When asked at the International Auto Show if he was worried that so many other car companies were going electric, he said no. The future is in electric vehicles. “Forward-minded utilities might look at Tesla’s business model as an opportunity,” says Kallo. “Energy-storage technology could be used to build capacity in their existing grids and also to build new infrastructure for battery-powered cars and homes.”